A bit late, but now that I have got your attention, I will tweak the title a bit and add a dash of economy. Summarising 2014 and picking the top headline makers were not that difficult. After all, the year witnessed some unlikeliest of events.Here goes our list at the Top 5 dealmakers (cynics read breakers) for 2014.

Who would have imagined a self-made ‘chai-wallah’ would come to reside at 7 RCR with a thumping majority, breaking the 25 year coalition led leadership in the Delhi and bringing in a single party rule. The man’s prowess and demeanour cannot be under estimated.

From harbouring the dream of a ‘Digitally Connected India’ for the skilled youth to ‘Make in India’ for budding entrepreneurs, from ‘Pradhan Mantri Jan Dhan Yojana’ for the farmers, ‘Swacch Bharat Abhiyaan’ for the society, Ordinance for Amendments in Land Acquisition to introduction of revolutionary Goods and Services Tax Bill in the Parliament, much has been to score high in this year’s report card. And who can forget the strong statements made to the world with his hospitality to heads of all SAARC countries and performance in the US.

The sceptics have had plenty of time to argue and to counter the actions of now 8 month old Government, but the policies and the reforms being ushered in make them go weak. The combined market capitalisation of the Indian markets hit the Rs.100 lac mark last year. Amongst all emerging market economies, the Indian Sensex climbed the fastest registering a 30% increase during the year. The bulls showed the way with all parameters of economic health in green.

A decisive election mandate, accompanied with strong hopes of financial growth and prosperity aided the markets in touching all time highs. The swell in the markets attracted many new investors with the total number of folios now standing at over 3 crores. The FII’s went overboard and showered money over India’s secondary market with almost Rs.1 lac crore in equities and over Rs.1.5 lac crore in debt securities.

It remains to be seen if the sentiment has taken over from the fundamentals or this was just the starting of a multiyear bull run yet to come. 3) Peace Out, the Nobel Man is here

The Norwegian Nobel Committee awarded the 2014 Nobel Peace Prize to Kailash Satyarthi and Malala Yousafzay “for their struggle against the suppression of children and young people and for the right of all children to education.” Mr. Satyarthi, 60 became only the eighth Indian to win the coveted prize.

He is a child rights activist and an activist against child labour. He is the Founder of Bachpan Bachao Andolan, the organization which prides itself on rescuing more than 80,000 children from bonded labour in factories and workshops across India and the world, with a presence in over a hundred countries.

Not to forget, Miss Yousafzay, 17 is now the youngest Nobel Laureate ever, Lawrence Bragg (Physics 1915) was 25 when awarded the Prize with his father. She braved the bullets of a terrorist outfit while championing the cause of girl child’s rights to education and freedom of speech. 4) Mars is far, not anymore

Yup! India no longer has to take pride in the achievement of ‘mankind’ for landing on Mars. We now proudly hold the honour of being the first country in Asia to reach Mars and that too in one attempt. India’s Mangalyaan achieved the feat on a budget of $74 million, almost 10 times less than the amount the U.S. space agency NASA spent on sending the Maven spacecraft to Mars.

It’s not just a show of Indian engineering but the potential of the larger group of scientists, doctors and mathematicians toiling away in discovering breakthroughs of the century. ED’s obsession with crude continues. The dramatic decline in Global Oil Benchmark- Brent Crude, proved to be the biggest headline in the international markets. The impact was not only restricted to the Middle East and the US, but its ripples were felt throughout the globe. Falling from $110 a barrel at the beginning of the year to almost $55 a barrel now, the 50% fall made the Russian Economy fall down on its knees.

With oil being a very important commodity, the decline has changed the fundamentals of the game completely. The money is no longer locked in the vault, the savings are turning into capital for new businesses. The resources are exchanging hands, with greater focus towards becoming a globalised world. No nation can grow in isolation (please tell this to North Korea) and as we switch to a new calendar, our inter-dependencies would only rise.

Season’s greeting to you my friend. Acche din are here to stay. 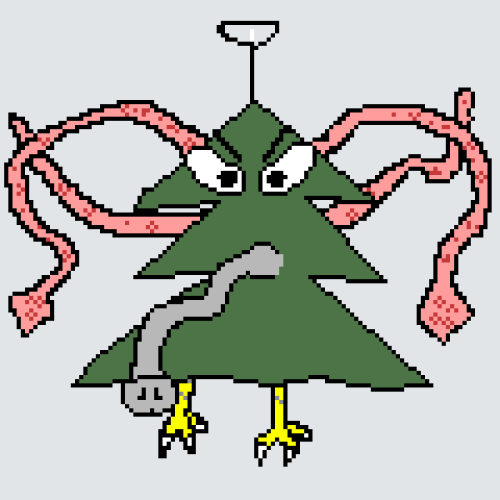