In a small town Wardha in the state of Maharashtra, the police have found horrifying evidence that links Kadam Hospital in Wardha to possible involvement in illegal abortion. They have found at least 12 skulls and 54 bones of fetuses buried in a biogas chamber.

Not just that, a sonography machine with an expired license was also found, along with over 70,000 expired contraceptive pills. But, why did the police decide to search the premises of a hospital in a small town in Maharashtra? Well, it happened when the mother of a 13-year-old girl filed an official complaint regarding the forced abortion of her daughter.

How The Investigation Started

The mother of the girl complained that the parents of the boy who impregnated her daughter forced them to get an abortion and that it was performed illegally by Dr. Rekha Kadam of the Wardha hospital. 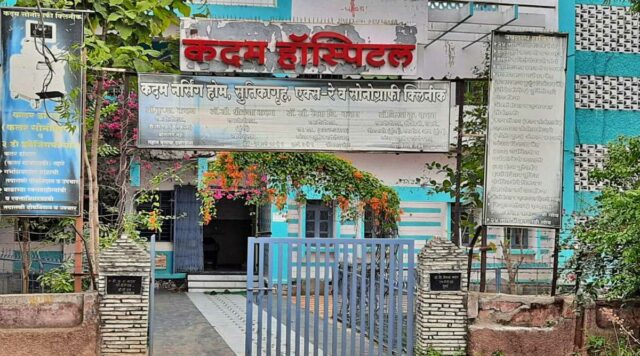 She alleged that the abortion was performed at 22 weeks old, but as per the Medical Termination of Pregnancy (MTP) Act, 1971, the abortions can be performed with a doctor’s consent till 20 weeks. But abortions between 20-24 weeks can only be performed under special circumstances (such as rape) and require the approval of 2 doctors.

An FIR was registered under the POCSO Act (Protection of Children from Sexual Offences Act) and under offenses like voluntarily causing a woman to miscarry, the disappearance of evidence, etc. This opened an investigation, which revealed that several abortions may have been performed there.

Read More: Are Abortion Laws In India More Progressive Than Other Parts Of The World?

The police have taken 8 people into custody including Dr. Niraj Kadam (the head gynecologist), his wife Dr. Rekha Kadam, his Mother Dr. Shailaja Kadam, his father Dr. Kumar Singh Kadam, two nurses, and the parents of the boy who impregnated the 13-year-old.

As per the girl’s family, the boy’s parents paid Rs. 30,000 to the hospital to carry out this abortion. “The girl was sent home immediately after the abortion procedure. She started bleeding profusely after being sent home. That is why her mother decided to lodge a police complaint in the matter,” a doctor associated with the matter alleged.

The Kadam family is linked to Jagjivanrao Kadam, a former Congress MP. They are one of the wealthiest families in the district, owning several properties. Currently, all the four members of the family aforementioned hold an MBBS degree.

The Superintendent of Arvi sub-district hospital Dr. Mohan B Sute, MS (Ophthalmology) alleged that Dr. Rekha Kadam has not registered her MS Gynaecology degree with the Maharashtra Medical Council.

Dr. Sute also alleged that Dr. Niraj Kadam, who is also employed at the Arvi sub-district hospital, duped the Arvi hospital of medicines and used them at his own Kadam Hospital for monetary benefits.

The hospital claims that the remains of fetuses are from legal abortions. To check the veracity of this claim, the forensics will match the DNA from the bones with that of the mothers whose abortions were reported.

Moreover, the sex of the fetuses would also be found out to see if the case is that of female foeticide, which is illegal as per the Indian laws.

The investigation is going on and it is yet to be confirmed whether the abortions were carried out illegally.

Abortion Of 26 Week Fetus Allowed By SC: Women Should Have Control Over Their Bodies