HomeTechnologyYouTube Go For The Indian Audience Finally On Google Play Store In...
Technology The Indian audience will be glad to hear that the beta version of YouTube Go, specially designed keeping the national needs and requirements in mind, is finally out in its beta version on the Google Play Store.

The app which was announced sometime in last September, is created due to persistent problems encountered by the Indian audience while using YouTube app and was given the go ahead when even the Offline feature was not received well by the users.

This move clearly states exactly how important the Indian members are to YouTube and that if only slightly but that they are listening and becoming aware of the problems that many of us face while using YouTube in India.

The two main problems encountered here for not just YouTube but many other online apps and sites is the high usage of data and lack of availability which does not allow the app to reach out to the people it should. Now basically, YouTube Go is all about these 4 important functions which are said will enhance the experience of the Indian user even more.

One of the first feature that is being introduced in YouTube Go is by showing the trending and popular videos by region.

The second feature and this is actually a pretty cool one and something I myself am interested in is a preview option. So what this will do is, it will allow the user a short preview of the selected video before you download it just to check for yourself whether the video is authentic or not.

Many a times people upload videos with misleading titles or thumbnails and it is only after you start watching them that you realise the video is not what you wanted.

So with this preview option, any such confusion will be done away with. The previews will be like snapshots from the video itself.

As for the downloading part, you can choose for yourself the resolution that you want to save the video in. The lower the resolution the less space it will consume, so that is pretty nifty.

But perhaps the most anticipated feature of YouTube Go beta is the video sharing one. Through this, a user can share videos with friends and family who are using YouTube Go through WiFi without spending any amount of internet data.

The beta version of the app is already available in Google Play Store and YouTube has plans to release the full version soon. Let us see whether this venture is a success or not.

Whatsapp To Let You Make Payments On It: Know About It Here First!

Facebook
Twitter
Pinterest
WhatsApp
Previous articleHow Do Doctors Survive Through All The Blood And Gore & Yet Be So Calm About It?
Next articleDemystified: The Chemical Attacks In Syria And Why Does The World Care? 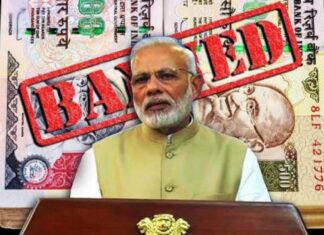 Sai Soundarya - November 29, 2021
It’s been 5 years since our honorable Prime Minister, Shri Narendra Modi had announced Demonetisation in India. If you all can recall, Modi said...