Home Travel Your Drunk Stories Can Now Find A Place At The Museum Of... 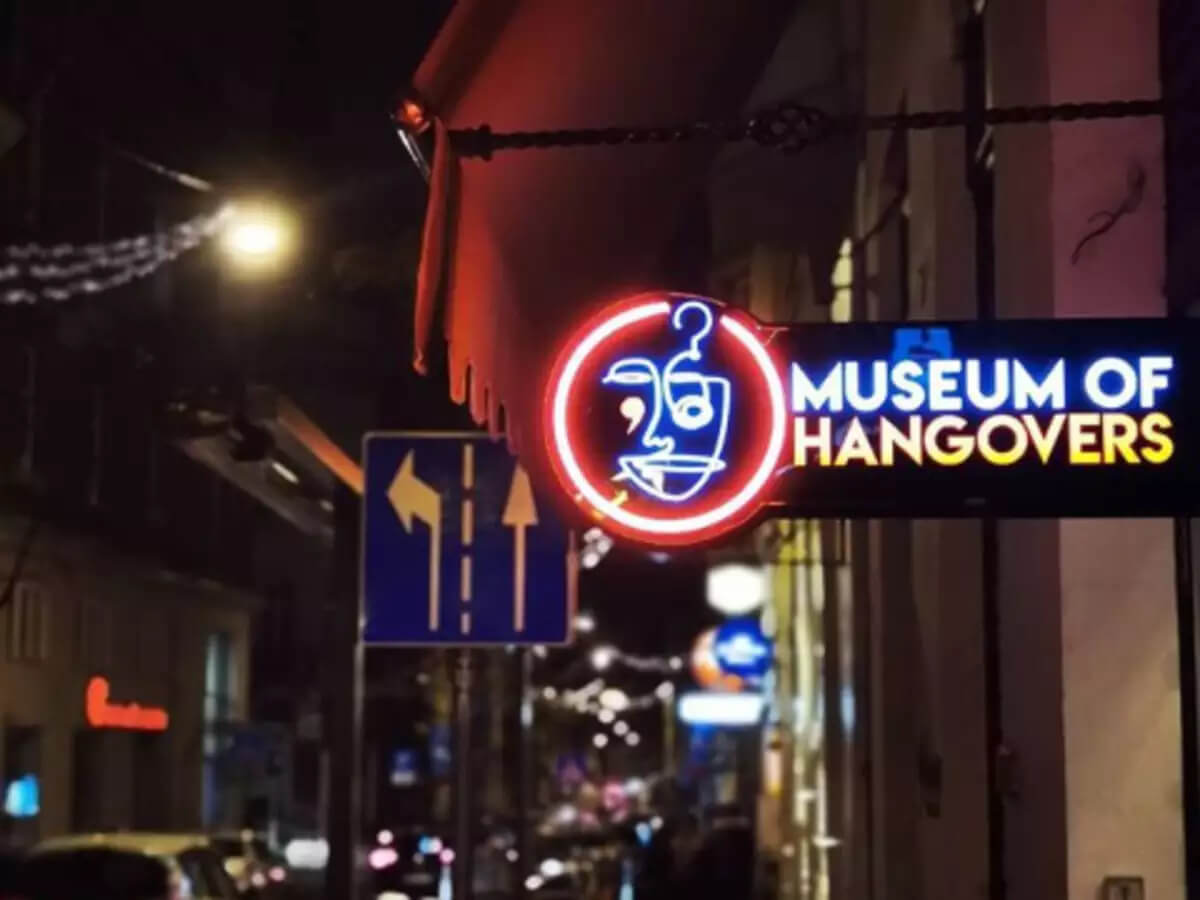 We all have been there – drunk-texting/calling exes after having too many drinks; waking up with a headache that feels as if the skull has been crushed apart with no recollection of the previous night or the dread walk of shame back home.

These are events that no one would like to celebrate, much less decorate on walls. However, that’s not the case with the Museum of Hangovers in Zagreb, Croatia, which is one of its only kind in the world, where they believe that these sluggish mornings are something not only worth celebrating but memorializing as well.

An Ode To Your Boozy Night Ventures

Rino Dubokovic, a university student in Zagreb, Croatia, came up with this brilliant idea while he was discussing his hangover stories with his friends, where he noticed that everyone had something to share on the topic.

He reminisced when one of his friends woke up with a bike pedal in his pocket, and the other with a stolen street sign after a drunken night. Dubokovic then thought to himself, how exciting it would be to create “some sort of collection where all these objects from drunk stories would be exposed together with their stories”.

Six months later, the first-of-its-kind Museum of Hangovers came into being on 1st December 2019 right next to the very bar where the idea had originated.

Read more: Why These Popular Japanese Whiskeys Are Running Out Of Stock

The museum displays some of the most random objects that people have woken up to. “My favourite one is this chit, which had an incorrect address number. The person ended up at the police station instead of the friend’s birthday party,” says Dubokovic.

At the Museum of Hangovers, you walk through the “street” room which is covered in graffiti and drunk stories. Then comes the room of “mirrors” which resembles storefronts and then finally one move onto the climatic messy room, where the night eventually ends.

There are also mattresses laid out in some of the rooms to remind you of your dread walk of shame to home. And, in case, you crave drunk woes then you can also put on the beer goggles that make everything around you spin just like when you have had too much alcohol or play a game of drunkopoly.

You can also participate in an open mic of the museum where people come together and share their worst and best hangover stories.

While the museum seems fun, it doesn’t promote alcoholism, “We eventually aim to highlight the negative effects of alcohol as well”, says Dubokovic.

If you find it interesting, then you can also share your drunken story with the museum through their website or by sending objects that you have woken up after your drunken night to the address.

The museum doesn’t promise a spot, however, there’s a slight chance that your story might end up on the website. The stories that don’t find their ways to the museum do find themselves on the website of the Museum of Hangovers.

Gendering Of Drinks: Why Whisky Is Said To Be Masculine While Wine A Lady’s Drink?