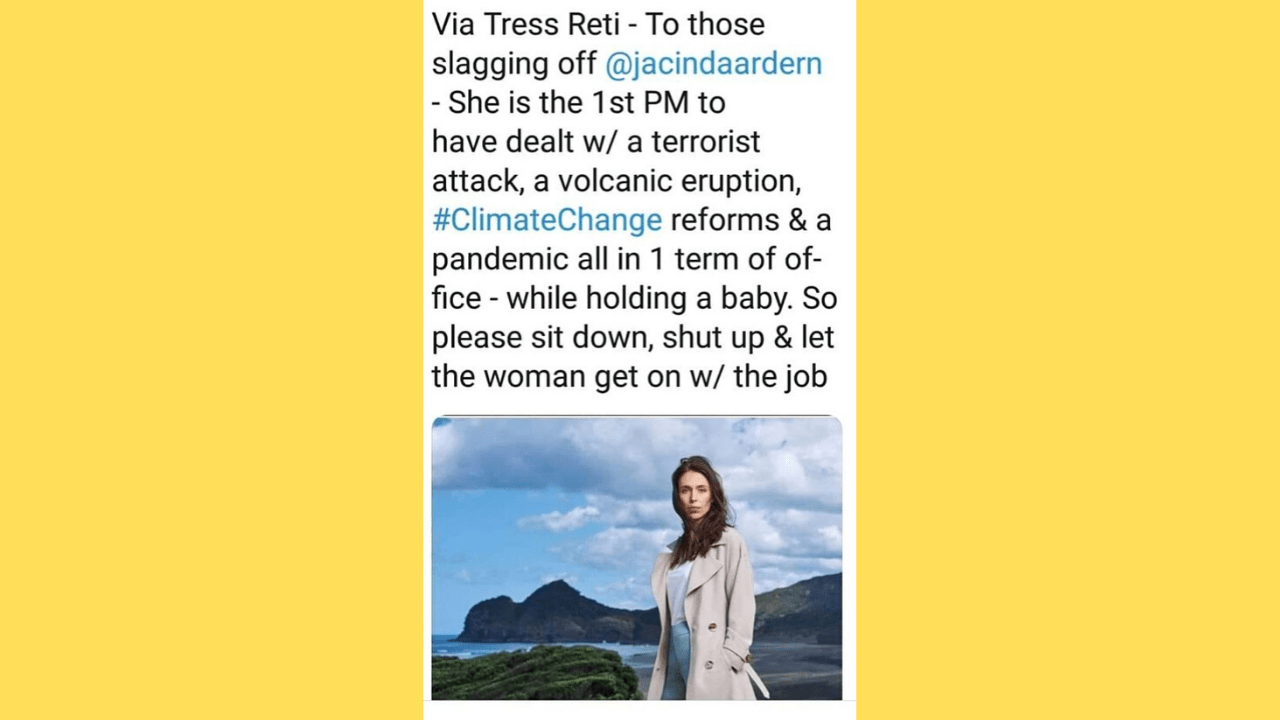 Jacinda Ardern, the 40th Prime Minister of New Zealand is one of the youngest female leader, that the world has had, and is an inspiration to many. Her conviction coupled with her compassion and clarity makes her an absolutely fantastic role-model for all the women out there. The 39- year old woman has already been ranked 38th in the highly esteemed list of “MOST POWERFUL WOMEN ON EARTH” by Forbes.

Ardern has shattered all stereotypes of the patriarchal society by striking an exemplary balance between leading the country and embracing a new phase of every woman’s life- motherhood!

Whatever be the circumstance – a volcanic eruption, terrorist attack or now even the pandemic- COVID-19, that has been spreading panic all over the world, she has been facing the brunt of each of these massacre with a commendable amount of poise and calm.

Who said Wonder Woman is just a fictional character? Gal Gadot herself played the role while she was five months into her pregnancy. It is women like her and Jacinda, who remind the world that pregnancy and motherhood do not incapacitate a woman from fulfilling her duties. Kudos to their dedication!

A Leader That People Look Upto!

RNZ (Radio New Zealand) stated how the US magazine Forbes has cited numerous reasons behind Ardern’s high rank in the global hierarchy – she “promises an ’empathetic’ government, with ambitious plans to tackle climate change and child poverty”.

Jacinda has always believed in the policy of leading the masses by being a part of them. This zeal of hers resulted in her active participation in the country’s Gay Pride Parade as an ardent supporter of the LGBTQ rights, making her New Zealand’s first PM to have done so.

The Christchurch Massacre led to the decease of 51 Muslim worshippers. Ardern stood with the families of the victims at the hour of crisis – wearing their traditional headscarf, to convey her respect and show solidarity with them.

The adoption of a quick measure like pushing for an immediate ban on semi-automatic weapons in the Parliament, was highly praised at a time of such utter dystopia.

Another major setback for the country was the volcano eruption at the White Islands killing 21 (two of who were missing and hence were declared dead) out of the 47 people who were on that island.

Ardern was widely questioned for allowing tourism at an island with an active volcano, to which she promised a thorough investigation of what she labeled as a “calamity”.  Her response to the media, expressing her absolute support and appreciation for all the emergency service personnel, was a compassionately resilient message.

Jacinda’s next area of focus was to reduce emissions in the country through climate change reforms. Her efforts included introducing the imposition of taxes on farmers who hadn’t implemented emission-free technologies for farming.

However, she was aware of the difficulty that the farmers could face with the procedure and hence gave them time till the year 2022 for the same.

If we talk of recent times, The Guardian has voiced how well the elimination strategy worked in New Zealand for reducing the number of COVID-19 cases at a rapid rate – “the Prime Minister, Jacinda Ardern, announced that New Zealand was going to rapidly escalate levels of physical distancing and travel restrictions, reaching the level of a full national lockdown on 26 March (level four on the alert scale)”.

There have hardly been any new cases, except for the ones returning from across the world. To deal with such cases, they have arranged for adequate measures to be able to quarantine them. Under Ardern’s tactful leadership, the country hasn’t just successfully flattened the curve, but has now squashed it!

Jacinda – A Role Model For The Society?

Jacinda has been an element of change, both in gender and generation. The issue with the people in New Zealand is that they can very easily accept a woman in the role of a leader, but they fail to pay the same amount of respect to her, which they otherwise do pay to any male leader.

However, the conventions of a normative society have hardly succeeded in restricting Ardern’s journey. She refused to take a maternity leave of more than six weeks and wasn’t hesitant about sharing her struggles through motherhood and breastfeeding with all other ‘neomammas’.

Ardern also used the opportunity to introduce certain policies for new parents and families, in order to aid their process of settling down and make it easier. The speedy return to her responsibilities as a leader right after giving birth, was her way to answer all those who consider motherhood as a limitation for working women.

Ardern has been a social figure, earning respect worldwide for her passionate and confident way of handling the worst of situations. Surely there have been critics of her work who have questioned the incompletion in the fulfillment of promises that were made by her. To them, she has reassured that there is work left to be done and their expectations will definitely be fulfilled.

Personalities like Jacinda Ardern inspire women across the world to work towards their goals with complete passion and create an individual identity for themselves – after all the word ‘IMPOSSIBLE’ does say “I’M –POSSIBLE!”