Home Sports Will The Golden Generation Of Belgium Beat Brazil In Quarter Finals Of... 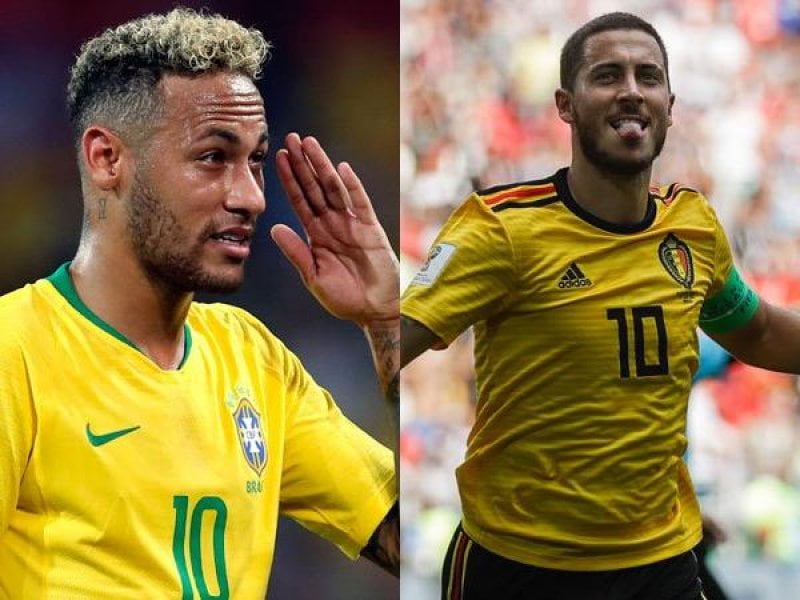 Brazil will be facing Belgium in the quarter-finals and it is certainly, ‘a final before a final.’

While Brazil had a convincing win over Mexico in the Round of 16, Belgium came back from behind to stage a historic comeback against Asian giants, Japan to progress to the next round.

Will the golden generation of Belgium live up to its tag or the Brazilians stamp their authority as the best team in the world?

Belgium has a superior defence

Whilst there’s no doubting the high quality of Thiago Silva and João Miranda de Souza Filho, their age is on the higher side as opposed to the Belgium defense (except Vincent Kompany) which might prove to be a decisive factor in the high-intensity game between two top-notch sides.

Moreover, Romelu Lukaku is a physical striker and the two central defenders of Brazil aren’t used to that style of play. Lukaku might just get the better of them in set pieces and holding the ball up to feed other attacking players. Carlos Henrique Casemiro is pivotal to the Brazilian team and his absence is the most potent advantage that Belgium will enjoy.

Casemiro’s probable replacement, Fernandinho is a player of the highest quality but then, he has been susceptible to underperform in the marquee matches as seen in 2014 World Cup and in the colors of Manchester City.

Kevin De Bruyne and Eden Hazard who are used to playing against Fernandinho would relish the opportunity to do so in the quarter finals.

Also read: The Most Memorable World Cup Matches Ever (Video)

Brazil has a wealth of experience

Belgium has a host of talented players and the team is filled with domestic league champions. At the same point of time, their exit at the Euros at the hands of Wales is a testimony to the fact that the national team as a whole doesn’t yet has a clutch mentality.

Brazil has a history of reaching the latter stages of the tournament and their rich heritage has instilled in them a culture of winning.

At the knock out rounds, it is the experience which usually overpowers talent.

The Efficacy of Roberto Martinez and Tite’s tactics From the matches that both the teams have played so far, Belgium has shown more variety in their tactics to switch to a different style of play.

For example, in the match against Japan, initially they tried to play with the possession-based style but when the situated demanded a physical style, they brought in Fellaini which changed the complexion of the game.

Also, with wizards like Kevin De Bruyne in the side, a possession-based game is their forte.

Brazil has a fixed style of play which is flamboyant and depends primarily on the two playmakers, Neymar da Silva Santos Júnior and Phillipe Coutinho.

There’s little doubt that it’s efficient and pleasing to watch but if the game turns out to be a physical one, can the Brazilian style sustain the efficiency?

It’s very difficult to choose between the two world class sides. At the end of the day, the little details will matter who will come out trumps in the most awaited match of the World Cup so far.

FlippED: Football Will Never Be As Great As Cricket In India – Our Bloggers Fight It Out

Is England Good Enough To Win The World Cup 2018 In Russia?