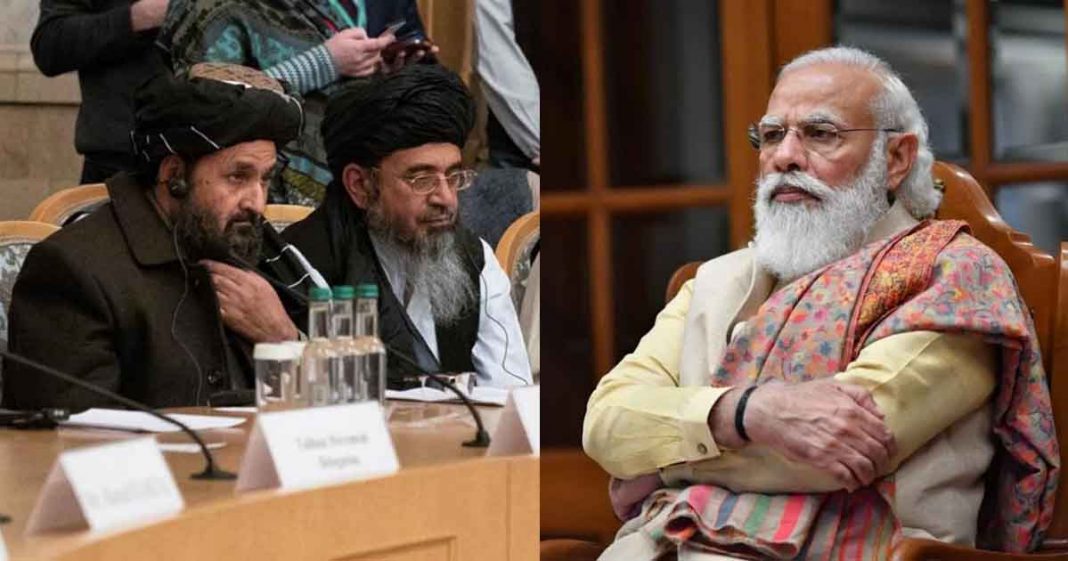 The Taliban has gained ground at a surprisingly rapid pace across the lengths of the Afghan hinterland. The insurgent outfit has now reached the zenith of its authority as they are looking forward to legitimizing its claims on Afghanistan and lay the law of the land following the Sharia.

It has moved further to state that the Taliban of the days of yore is for the history books, and they were now a changed outfit that believed in human rights and equitable opportunities.

With the fact of the self-proclaimed changed Taliban in mind, the path paved in front of the Indian government remains quantifiable as they decide upon the stance to take with the Taliban.

Afghanistan has always been a country that has had close ties with the Indian government, with the latter supporting the country at each and every juncture in time. However, with the Taliban in power, the Indian Prime Minister still remains undecided.

The previous week, India presided over a Security Council meeting with the Afghanistan crisis being the focal point of contention. Despite the major member states being present at the meeting, the results were seemingly inconspicuous and inconsequential.

The resolution, in itself, did not put forth any form of bearing stranglehold upon the Taliban regime. Stating the obvious, it seemed half-hearted and the potency of the major countries in forming friendly ties with the said regime only felt like a dawning fact.

The month-long presidency of the Indian contingency in the UNSC brought about a slew of developments, albeit inconsequential.

“As we wind down our Presidency of UN #SecurityCouncil, we thank all colleagues in #UNSC for their tremendous support to make our Presidency a success with many substantive outcomes.”

India’s Permanent Representative to the United Nations Ambassador, T. S. Tirumurti, tweeted this at the close of India’s presidency at the UNSC.

The resolution inculcated to put a check on the Taliban regime has been deemed as fantastically distanced from ground realities. Furthermore, what it also seeks to do is provide the insurgents with the benefit of the doubt on the pretext of them stating that they are a far changed Taliban from their 1990 counterparts.

Also Read: From Bitter Enemies To Possible Allies: What’s Cooking Between Russia And The Taliban

“The Resolution demands that Afghan territory not be used to threaten or attack any country or to shelter and train terrorists and plan or finance terrorist attacks. It specifically mentions individuals designated by the UNSC resolution 1267.”

The Resolution drafted and passed by the UNSC under India’s presidency was passed by 80 member states, including 15 permanent members of the Security Council, however, Russia and China abstained from voting.

The terror outfits stated in the Resolution were namely, Jaish-e-Mohammed and Lashkar-e-Taiba, which have since forever taken refuge with the Taliban and have been supported by the same.

However, last week, a Taliban spokesperson exclaimed that it does not acknowledge or recognize the terror outfits as legitimate organizations, and they shall not be providing them with recluse of any form or sort.

Much like most major powers around the world, India is sitting on the fence overlooking a potential disaster that may engulf the entirety of the world—specifically leading to widespread human rights atrocities all across Central Asia.

The previous week, Stanikzai had gone on record to state that he wishes to continue the diplomatic and trade relations with India, and the recent developments should not change anything about the relationship they have shared through decades.

“India is very important for this subcontinent. We want to continue our cultural, economic and trade ties with India like in the past-”

The meeting held at the Indian Embassy in Doha had been attended by India’s Ambassador to Qatar, Deepak Mittal. The discussions in the meeting ranged from the status of Indian citizens still stuck in Afghanistan to the travel prospects of Afghan minorities who wish to visit India. Mittal exclaimed that the discussions were fruitful, and any further developments seemed fairly prospective for both the parties.

It would only be fair to state that the path paved in front of India will decide the future of both Afghanistan and the entirety of global politics at large.

The government has put off its formal recognition of the Taliban government until later, however, if they attain legitimacy, it shall lead to a frightening world. A world still archaic, a world still stagnant.