Indian Twitter is a strange place in itself. As it stands, right now, Twitter in itself stands as an entity that is beyond any form of governmental or organizational support.

The pillars of social media that it formed is slowly but surely turning into a strange pedestal for social justice. It has been a boon to many but a bane to few and unfortunately, the few outpower the many.

Swami Yatindranand Giri, the mahamandaleshwar of the Juna Akhara, was quoted making a few controversial statements. He demanded an anti-conversion law, a population control law and a review of the constitution.

His demands sparked enormous outrages across Twitter, making the trend #ArrestYatindraNathGiri become one of the most discussed topics on Twitter India.

Now, it must be deciphered as to what exactly happened and what went wrong during the whole entourage of happenings on Twitter within a span of 24 hours.

Why Is The Twitterati Ranting Against Yatindranand Giri?

Numerous controversial statements were made as Swami Yatindranand Giri spoke in an interview that rattled the entirety of the Indian Twitterati. The regressive views of the God man in furthering a Hindu state were perceived with extreme vitriol.

While it found marginal support in a few sections of the Indian society, most were quick to come up with the trend of #ArrestYatindraNathGiri.

He declared that religious conversion was the new bane of India’s democracy and a law should be devised criminalizing conversion, not specifying on consensual or forced conversions. To put matters into perspective, he stated;

“An anti-conversion law is the need of the hour. We need such a law throughout the country to check this menace of conversion…We need to create awareness among masses about conversion by allurement.” 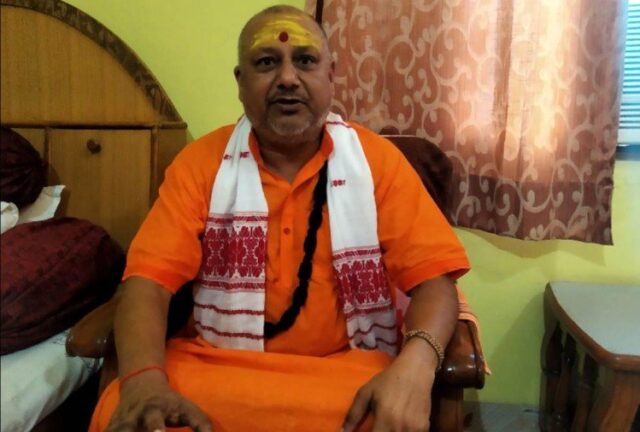 This was perceived as blame posed towards the Muslim populace of India. Furthermore, he went on to demand the banning of Muslim religious schools or Madrasas, as he reportedly went on to state that about 98% of Muslims were originally Hindus.

This was followed by a rather crass request to the Hindu majority to accept ‘Muslim girls’ into their fold. The vilification of religious groups did not stop at Muslims as he went on to vilify the Indian Medical Association accusing them of being Christians motivated to slander Ayurveda. However, he did state that Allopathy is as necessary as Ayurveda, stating;

“It has been proved on several occasions and even in this pandemic that Ayurveda is no less important than allopathy,”

The outrage only flared up when he called for the abolition of Dalit reservations and lower caste reservations in government offices and universities. His vitriol concerning all of these sections of the Indian society only made the entire scenario direr than it already was.

Also Read: ED VoxPop: According To Millennials, Why Does Communal Tension/Violence Exist In India?

How Did The Twitterati React?

The Twitterati came in all guns blazing as his opinions were perceived with absolute outrage as can be seen in the following instances. 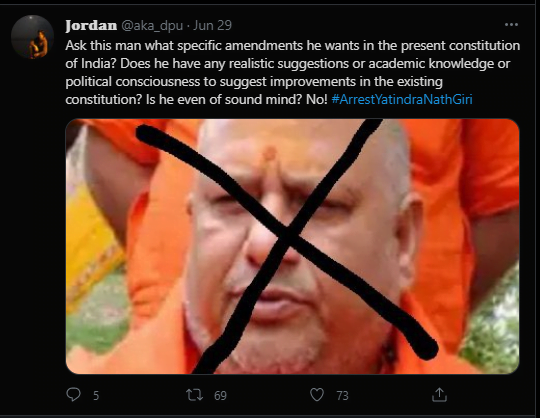 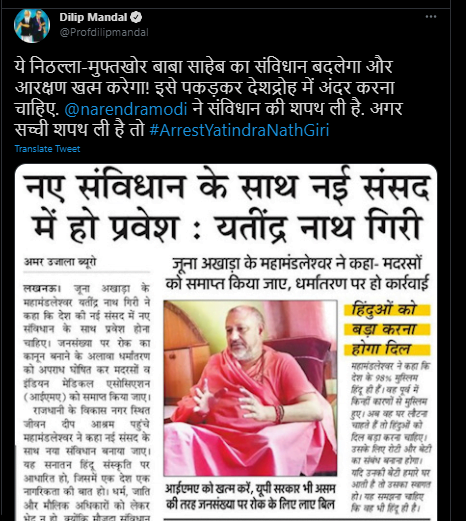 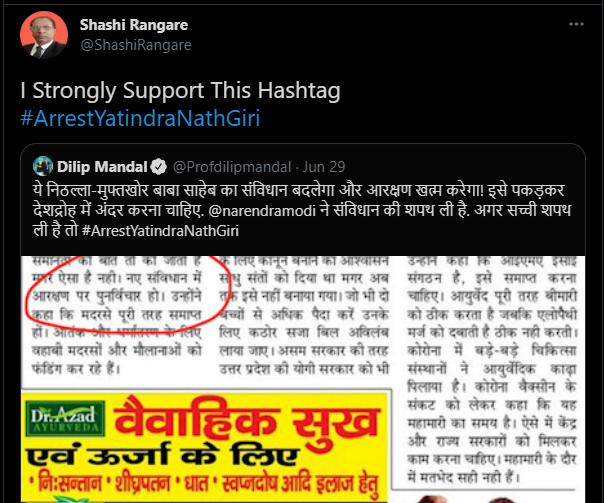 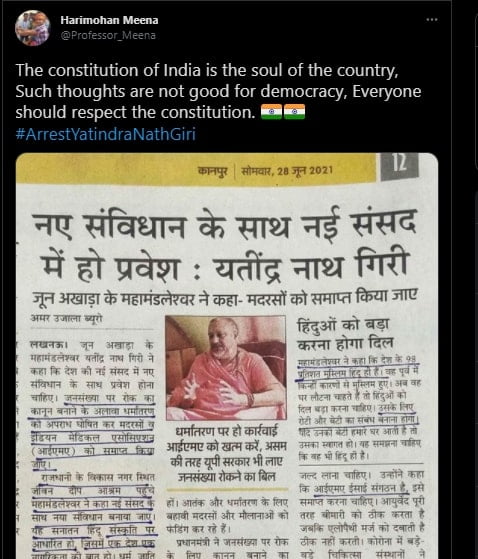 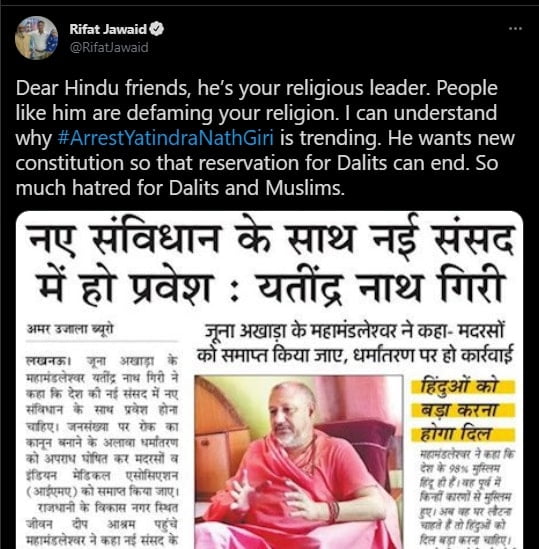 These instances only prove that the next time around he should actually weigh the power of his words before speaking out loud. However, suffice to say, this will take too long a time.

Until then, I will end this article by stating something ludicrously simple; Section 153A of the Indian Penal Code.

ResearchED: History Of China’s Torturous Violation Of The Uyghur Muslims