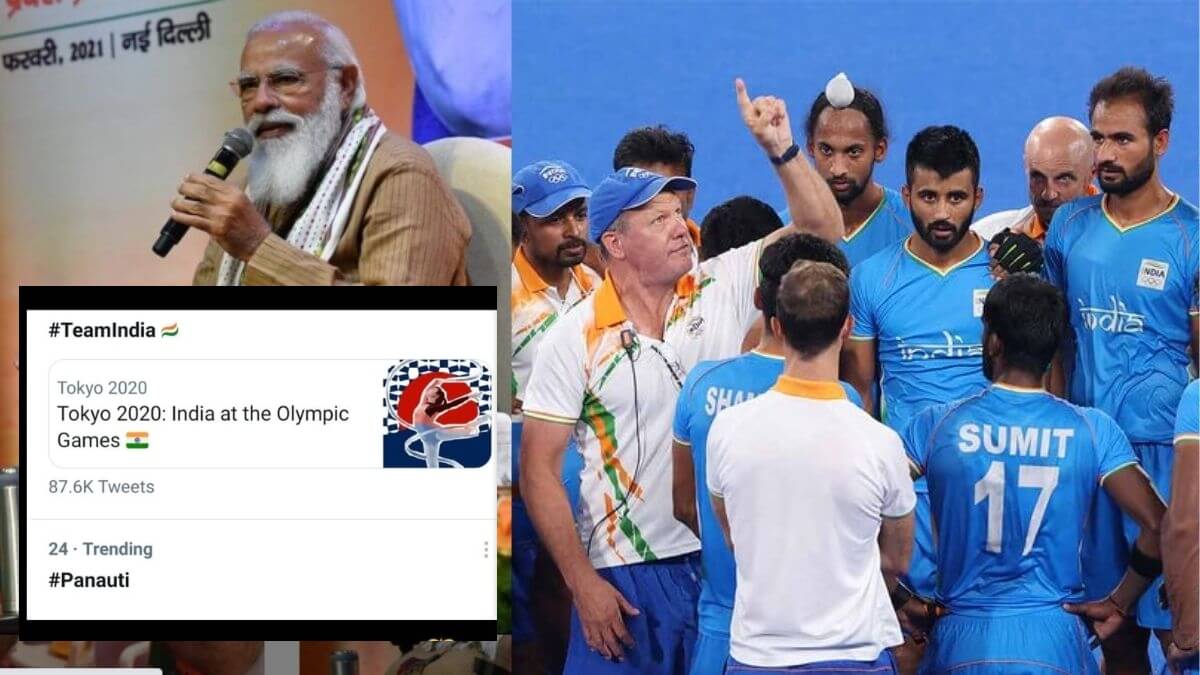 Winning a medal at the Olympic games is always a thing of extreme pride for any country. For one like India, it is even more important to showcase the sporting talent of the country and prove that we are not behind others.

So when Mirabai Chanu won her silver medal at the ongoing Tokyo 2020 Olympics or when P.V. Sindhu won the bronze medal or even both the men’s and women’s hockey team qualified for the semi-finals, it was a matter of intense celebration.

However, early Tuesday morning news came out that unfortunately, the Indian men’s hockey team lost against the Belgium team at the semi-final rounds with 2-5 scoring.

With almost everyone watching the match with baited breath, social media was anyway on fire today, but soon after the match ended, an interesting word started to trend. That being ‘Panauti’.

Why Is Panauti Trending?

Panauti is a Hindi word used for a person who supposedly brings bad luck and/or news to people around them. It is certainly not a positive word, and after the defeat of the Indian men’s hockey team, this term started to trend specifically directed toward our Prime Minister, Narendra Modi. 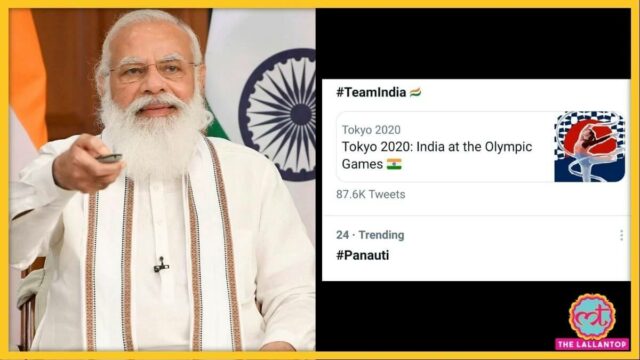 #Panauti started to trend soon after the match ended and people specifically targeted a certain tweet by PM Modi.

As per usual, PM Modi tweeted out supportive tweets for the Indian men’s hockey team while their match was on.

In the beginning, everything did seem to be going well for the Indian team, as Harmanpreet Singh and Mandeep Singh managed to get two goals against Belgium. But that lead did not last long.

Since soon after, the Belgium team managed to overtake and score 5 goals, eventually winning the match and reaching the finals.

However, in a funny turn, people on Twitter focused on how the timings between the Indian team losing and PM Modi’s tweet was pretty close. And so they started to trend #Panauti mocking the PM with hilarious tweets and memes on how the PM’s tweet brought ‘panauti’ to the team and probably jinxed them.

Read More: Who Are The Athletes Who Are Making India Proud At The Olympics

Now we wait for the women’s hockey team match against Argentina on Wednesday.