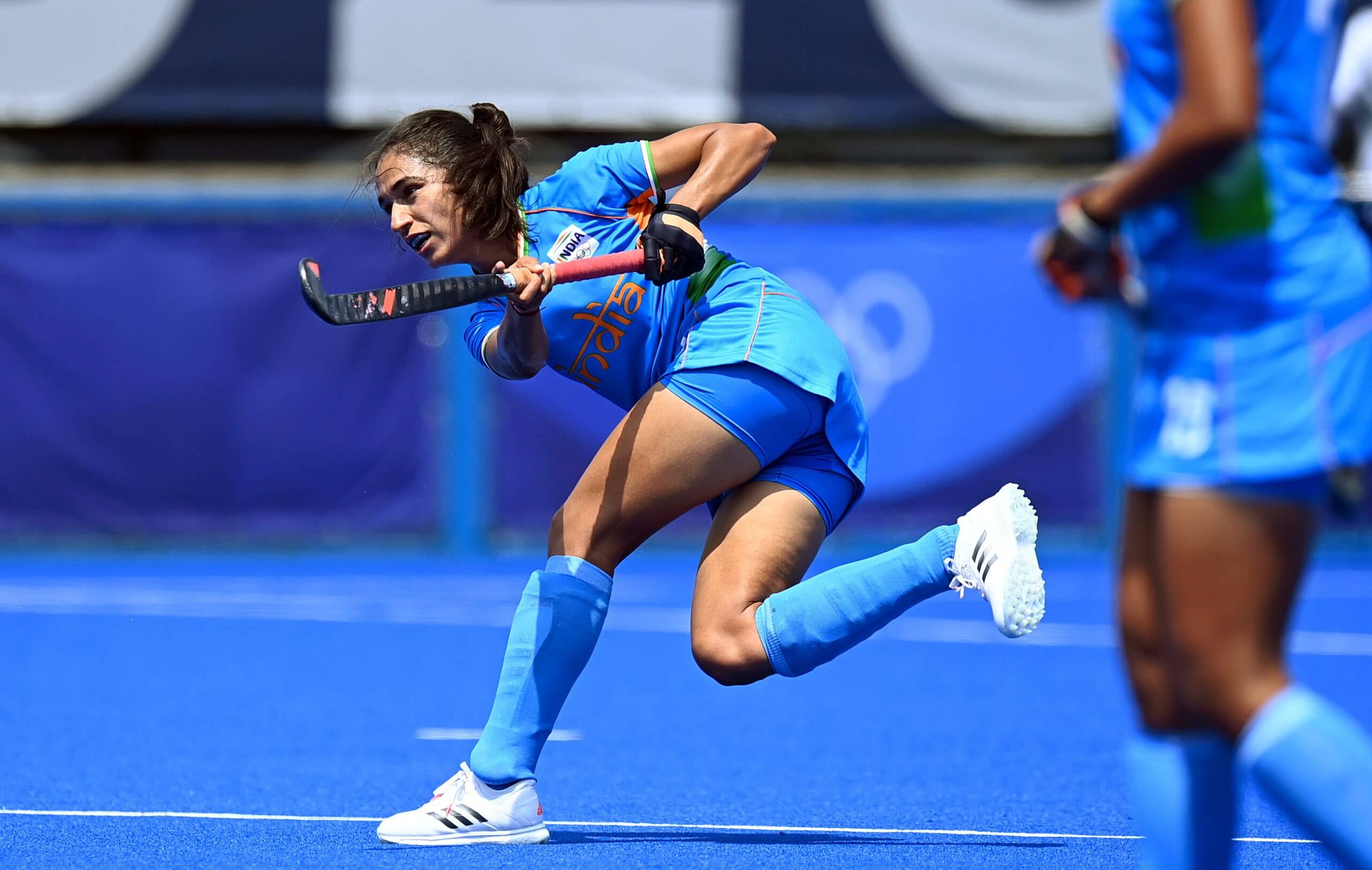 In something right out of sports movie’s climax, where the underdog team makes the winning goal and wins the match, the Indian women’s hockey team too made history at the current ongoing Tokyo 2020 Olympics.

In a historic moment, the Indian women’s hockey team won the quarter-finals against three-time champions Australia and qualified to the semi-finals.

This is the first time that the Indian women’s hockey team has qualified for the semi-finals at the Olympics and that too after beating out such a strong and unbeatable opponent.

The last time that the Indian women’s hockey team had managed to earn a significant position was all the way back in 1980 when they got the fourth position out of six teams on their first Olympics in Moscow.

The hockey team and the Indian people are now in a celebratory mood, since the odds really did seem against the Indian team.

The Indian women’s hockey team is ranked at No. 9 worldwide but their time at the Olympics did not seem that good in the beginning.

The Indian team lost their first three matches against Germany, Netherlands and Great Britain. However, they made a turn around when they won against both Ireland and South Africa with 1-0 and 4-3 respectively.

Both the teams are much higher ranked and have powerful players, so winning against them certainly captured attention. But the fact that their last four rounds were against Australia, world no. 2 and almost unbeaten in this area, made some anxious over what would happen.

However, in a historic match, they defeated the Australian women’s hockey team in the quarter-final match on Monday with 1-0.

Drag-flicker Gurjit Kaur managed to make the winning shot at the 22nd minute into the game when she managed to score through a penalty corner.

The real challenge came when the Indian team managed to hold onto their lead by defending their corner from the Australian team and even averted 8 penalty corners.

Goalkeeper Savita Punia is also being applauded for her brilliant game-play and defending the Indian goal post. She has also earned the title of “The Wall” on social media, what with her saving all the 9 nine shots that were directed at her.

Gurjit Kaur commented on the match that, “Very happy with the win, everybody worked very hard for this win. We performed like one team and we are feeling so happy to have qualified for the semifinals. Thank you to all those who supported the Indian women’s team. This team is like a family, including the coaching staff. Our entire country supports us and everybody’s prayers are with us.”

There is also a hint of double celebration for this win, since it comes right after the Indian men’s hockey team also won their quarter-finals against Great Britain with 3-1, qualifying for the semi-finals at the Tokyo Olympics.

Read More: In Pics: LGBTQ+ Players Who Have Won Medals At The 2020 Tokyo Olympics

Twitter celebrated the win hard on the platform by trending #ChakDeIndia along with various other tags applauding the team.

The tag references the 2007 Indian film Chak De! India that also saw the Indian women’s hockey team overcome challenges and get to the Hockey World Cup. The similarity of that and the fact that just like in the Tokyo Olympics in the movie too the Indian women’s team is matched against Australia in the finals and the Indian team wins the match made everyone extremely happy.

The Indian women’s hockey time with Rani Rampal as captain will not play against Argentina for the semi-finals on Wednesday.