Home Entertainment Why Did Neha Bhasin Have To Jump Amidst Badshah And ARMY’s Twitter... 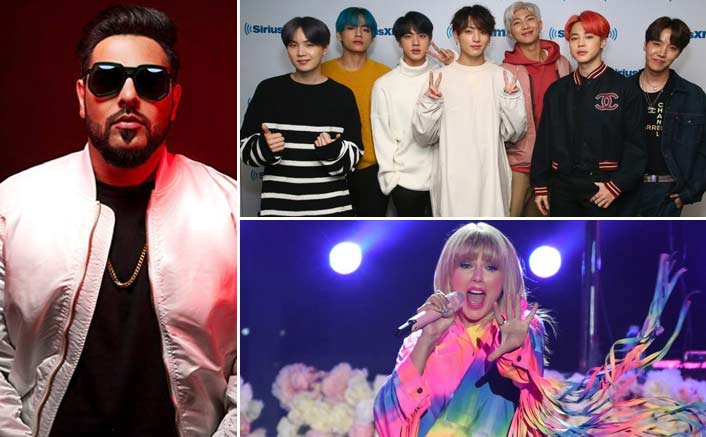 It is not rare that people or artists from around the world drag ARMYs and BTS through very unnecessary controversies and this time the characters involved are none other than our Indian rapper Badshah and Bollywood singer Neha Bhasin.

BTS, the hugely popular 7 membered South Korean band, is currently on their Japanese tour for Speak Yourself and they couldn’t care less about the whole drama that has unfolded on Twitter.

Desi ARMYs (the name given to their fandom) are quite upset about the whole ordeal, because not only does it make our image look bad in front of the whole fandom but also how due to some ignorant and blatant artist who has the power to represent us, are not doing a good job.

Also Read:- What Does The Military Rule Of Limited Overseas Leaves Mean For Global Superband BTS?

How Did The Problem Start?

On July 12, Indian rapper Badshah released a song ‘Paagal’. The Indian label of Sony Music, on the same day, claimed that the song had created a record of the most viewed music video on YouTube within 24 hours.

With 75 million views, the label claimed that this song of Badshah had dethroned previous holders of the title, BTS and Taylor Swift.

Although it was a great feat according to the artist and the label, many people claimed that the views were bought and were fake.

To which Badshah replied by saying that it was Google AdWords, which is a way to promote your content around the world by showing it as ads also in other videos.

The previous video to hold the record was BTS’s ft Halsey’s ‘Boy With Luv’ and Taylor Swift’s ‘ME!’ Fans were unhappy and criticised the whole scenario.

“Dear Badshah. Next time remember to buy likes, too.”

Even though the rapper tried to defend himself, fans were still not happy with the way the song claimed the title and talked about how the song was objectifying women.

The scenario should have ended there, but a supporter and friend of the rapper, singer Neha Bhasin, in her tweets, claimed that BTS is well-engineered and marketing group, who autotuned their performances.

This obviously enraged the fans, who have seen BTS rise through all the obstacles and criticism that they had faced throughout their initial years.

She also lied about the fact that she had heard about BTS on that day itself, when in actuality, in an interview given to Rolling Stone she had mentioned BTS and how they inspired her among other artists.

This is not the first time some artist tried to undermine BTS and their achievements, but ARMYs were quick to correct her and give her their piece of advice.

Nonetheless, she has not apologised for her words and nor does ARMYs expect her too, leaving the whole scenario altogether and focusing more on supporting BTS.

What do you think about this?