Prince Harry and Meghan Markle, the Duke and Duchess of Sussex, recently welcomed their newborn son Prince Archie Harrison Mountbatten-Windsor into the word on May 6th.

While London and the UK are celebrating this addition to the royal family as per usual, there is another celebration going on closer to home, more specifically among the Mumbai dabbawalas.

ANI recently reported of how the Mumbai dabbawalas were planning to send various gifts and special items to the royal baby and not just that, but also declared themselves to be the grandfather of it.

Mumbai's Dabbawalas have sent gifts to Archie,newborn son of Duke&Duchess of Sussex-Prince Harry&Meghan Markle. Dabbawala Assn Spox says, 'Prince Charles is our friend&has become a grandfather,so we've become grandfather too. In Marathi culture we present gifts to our grandchild" pic.twitter.com/1uo5am3naQ

What Are These Gifts?

According to the Mumbai Dabbawala Association’s president Subhash Talekar, “Prince Charles is our friend and he has become a grandfather, so we’ve become grandfathers too. In Marathi culture, we present gifts to our grandchild.”

Among the gifts that have been sent are silver jewellery, including a waist-band, a pair of wristbands and anklets, and other things for the young prince.

However, this is actually not that surprising since the royal family and the Mumbai dabbawalas share a closer relationship than one would have expected. 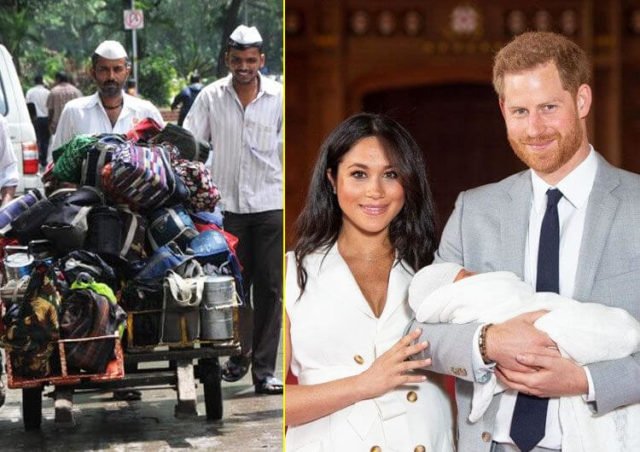 Read More: Meghan Markle Breaks These Traditions At Her Royal Wedding, Like A Queen

What Is The Connection Between Prince Harry And Mumbai Dabbawalas?

It is now pretty common for the dabbawala community to celebrate the big occasions that happen in the royal family by sending special gifts.

In 2018, when Prince Harry was getting married to Meghan Markle, the Mumbai dabbawalas sent over typical Maharashtrian outfits for the couple.

For Meghan they sent a nine-yard Paithani saree, mangalsutra and green glass bangles while Prince Harry was gifted with a traditional Maharashtrian turban which is a saffron coloured ‘feta’ through the British Consulate.

Before that they even sent good wishes for the wedding of Prince William and Kate Middleton. 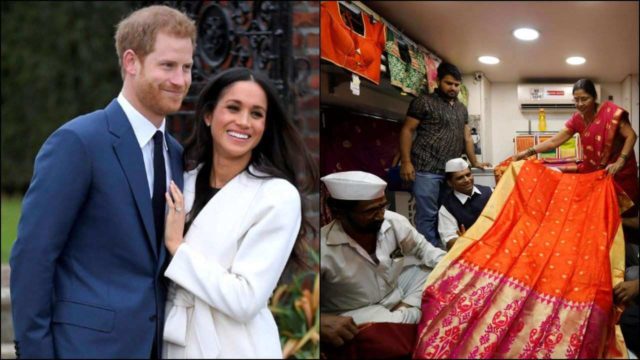 The relationship between the royal family and the Mumbai dabbawalas dates back to 2003 when Prince Charles had visited Mumbai and was impressed by their work ethic and efficiency, something that even Forbes magazine has given a rating of 99.99 per cent

The bond between the two was so strong that during Prince Charles’s wedding to Camilla Parker in 2005, he had Raghunath Medge, president of the Bombay Tiffin Box Supply Charity Trust, and another dabbawala Sopan More attend the wedding in person.

He gifted them with an all expenses-paid invitation to his wedding and even made sure their stay in London that lasted 6 days was satisfactory.

It is certainly good to see this kind of friendship last in today’s time where no matter the distance or how different they might be.