Home Social Opinions What’s It Like To Be A Journalist In India? 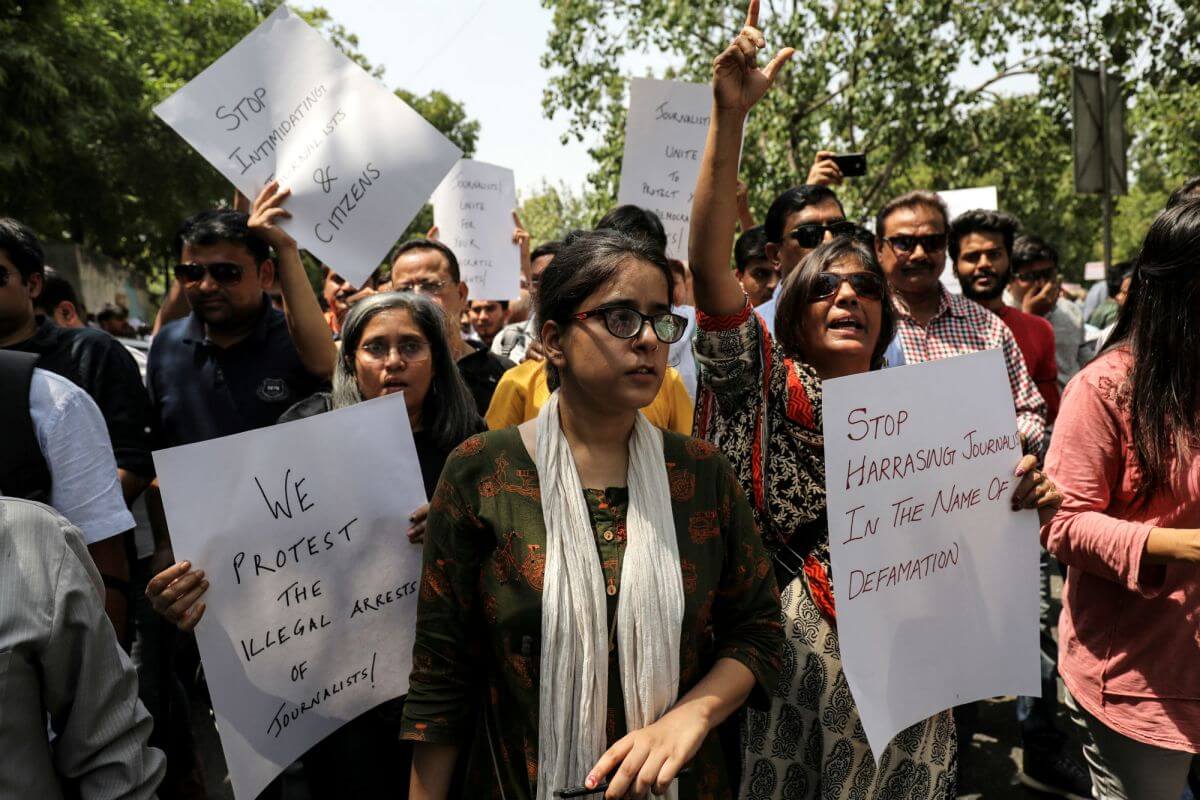 It is often said that the situation of a journalist in India showcases how democracy is being practised in a nation-state. Surely India has not been a safe haven for journalists lately.

Over the years journalists have faced coercion, harassment and threats from various organisations. Sadly, a number of them have even been killed for voicing their opinions and doing their jobs. No wonder, India is one of the most dangerous countries to be a journalist.

One of the killings being of veteran Kashmiri journalist Shujaat Bukhari, who was gunned down by unidentified men outside his office on June 14, 2018.

India fell two spots on the World Press Freedom Index from 136th in 2017 to 138th in 2018, even below countries like Afghanistan and Myanmar.

Journalists have themselves admitted how it’s getting increasingly difficult for them to work. Many loyalists to the country’s powerful Prime Minister Narendra Modi, have bullied journalists into taking down critical stories and any stories against their interests.

Many of the top news channels are usually owned by big families and conglomerates with business interests that have been reluctant to be critical of the government to keep the administration happy.

Even international observers have pointed out how the situation has worsened under the saffron government, with media-organisations in fear of offending the government and degrading their image.

In other words, newspapers and media houses are earning more money than ever but the freedom of press has been decreasing more than ever.

Also Read: Watch: Here Is Everything You Need To Know About IKEA India

Journalists on the receiving end of threats

Rana Ayyub, whose book Gujarat Files: Anatomy of a Cover-Up alleges the Narendra Modi government in the anti-Muslim violence during the 2002 riots has been regularly harassed by pro-Hindu nationalists.

Verbal attacks were hurled at her calling her “Islamist“, “Jihadi Jane” and “ISIS sex slave” and fake tweets calling her “a supporter of child rapists” and “an anti-nationalist” were shared across social media platforms.

This saw UN experts call on India to protect the safety of the Mumbai based reporter.

“We are highly concerned that the life of Rana Ayyub is at serious risk following these graphics and disturbing threats,” they wrote in a report in the aftermath of the murder of Indian journalist, Gauri Lankesh following death threats.

Weeks after the UN voiced their support for Ayyub, Barkha Dutt, one of the most prominent journalists in the country, claimed she was receiving “chilling threats” to stop work on her news project until 2019.

She accused the right-wing BJP government of trying to bully her into giving up her future project while also pointing out that it is the ruling government who should be held for the safety of her family.

“I never thought the day would come when in my own country, I would be told to hire private security & get my house debugged,” she tweeted. “The meeting held by those who wield power have said – Stop her work projects,” she said.

Popular NDTV journalist Ravish Kumar, one of the most well-known face on TV claimed he too had been on the receiving end of death threats.

Veteran journalist Shujaat Bukhari’s death makes him the 48th journalist who has been killed because of his work since 1992.

According to the Committee to Protect Journalists (CPJ), in 33 cases culprits have managed to get away with murder. Who should we blame?

All this pressure has forced a handful of editors to quit in recent years just because they were doing their jobs. Sounds funny right?

Obviously, when someone is being pressurized, threatened and harassed, they resort to the judiciary for justice. But police inaction and administrative procedure stall the progress.

“This makes us create an organisation “focused on press freedom and journalist safety in India” and “a legal defence fund for journalists,“ says CPJ’’s Aliya Iftikhar.

While reporters situated in any part of the country are at a risk, journalists belonging to remote areas, away from the metropolitans are at a heightened risk.

A minimum of three investigative journalists who were probing local corruption have been murdered since November last year.

While the constitution guarantees freedom of expression and freedom of press to every citizen of the country, the people voicing their opinions against the government are at a major threat in the current scenario.

With India ranked amidst the lowest among the countries where the murders of journalists are least likely to be punished, something needs to change.