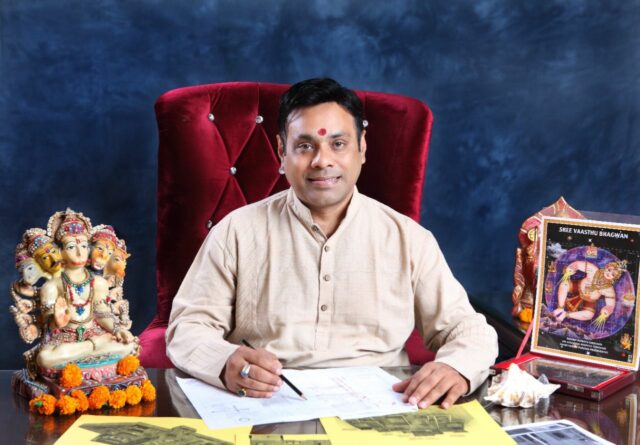 The moment we hear about Mangal Dosha, fright and awe is encircling our minds. There is no doubt that it is perhaps the most debatable topic in Vedic Astrology. It is thought of as more dreadful than any of the other doshas and said to rein havoc in the people’s lives. A person facing a delay in the marriage is asked to get the Kundli inspected for a Mangal, Manglik, or a Kuja Dosha. Different astrologers give many thought processes and explanations about this dosha; we asked from Dr.Vinay Bajrangi, a renowned astrologer. This is what he stated about the whole concept of Manglik Dosha

Answer – A flaw in the horoscope attributable to Mars is known as Mangal Dosha. Also called Manglik Dosha, it is assumed to bring about an upheaval in married life. The type and severity of this Dosha are not the same in all the cases. The severity of the Mangal Dosha is determined by the placement of Mars in a horoscope. Many portals are inclined to do a quick check about the Dosha and set off for the remedies, but is this the right approach?

I have been practicing Vedic astrology for a good twenty years, and it is seldom to have people whose Mangal Dosha in Kundli is too much to be counterbalanced. The whole idea of Mangal Dosha is flawed and wrongly practiced. It is not practically possible to have a Mangal Dosha in a horoscope because:

When all the above hypotheses apply to a horoscope, then who are the people who make the baseless predictions about the presence of a Mangal Dosha in a Horoscope? My research concluded that those who were not at all familiar with the principles of Astrology and horoscope reading use this Yoga from time to time as it is pretty easy to check Mangal Dosha based on the placement of the Red planet.

So, if this Yoga is bothering you big time, you can always use an authentic Mangal Dosha calculator and then consult a good Vedic Astrologer.

Given below are the answers to the questions, which may have a significant impact on the minds of the common folks,

Will mars in 2nd house give mangal dosha

Answer: No, if the red planet Mars is in the second house in any horoscope, it does not create Mangal Dosha. Some north Indian astrologers have a different opinion, but if Mars is malefic, it creates a problem in the house of its positioning. So, if that is the case with your horoscope, the best you can do is get the horoscope evaluated and give into simple Mangal Dosha remedies.

How to find about Mangal Dosha

To check Mangal Dosha, there is a need to see the placement of Mars in the Ascendant, 4th, 7th, 8th, and 12th house in a Kundli of a person. We deliberate Moon sign to check the Mangal Dosha. You will find lots of astrology websites, including mine, offer calculators to check the presence of this Dosha in your horoscope

The calculators can come in handy to gather obvious information about Manglik Dosha, but it is always a better option to get it checked by a competent astrologer. Because its strength may be different in each case, what decides the Mangal Dosha potency like high Manglik  Dosha, Low Manglik  Dosha, or even Anshik Manglik  Dosha but consult only a maven in astrology to avoid any misinterpretation of Mangal Dosha. There are different ways to examine the strength of Manglik Dosha in a horoscope of an individual.

Will Mangal Dosha get cancelled after 28 years

Answer: No, Mangal or Manglik Dosha does not end after a person has reached 28 years. In reality, if a Dosha is there in any horoscope, it remains like that throughout a person’s life. As stated by the principles of Vedic astrology, Mars enters into a different form after t a person attains 28 years of age. The ferocity or energy of Mars gets channelized after the 28th year, but that has nothing to do with marriage astrology anymore.

Does Mangal Dosha ever ends

Answer: Among the effects of Mangal Dosha, it can undoubtedly delay a marriage. But, Mars does not act in isolation for a delay in marriage or a disturbed one. Some other planets will be acting as the sole delayer, whereas Mars may just be exasperating the issue. So, the folks should do some remedies after consulting an astrologer.

Answer: Numerous Manglik Dosha remedies present in Astrology. But one has to identify which remedy is the best suited for their purpose. Mars adversely affects temperament, nature, undue desires, hostility, assertions, and blind believing. If one gets any one or multiple of these qualities, it can tear their marriage apart. So the best way is to get a Manglik Dosha check and do some karma corrections. An astrologer who is a master in karma correction will identify a Manglik girl and boy’s characteristics and suggest ways to modify nature. So the best remedy  for Mangal Dosha is karmic correction and not any haywire rituals, which will not help but may harm you instead. Execution of such remedies can only keep you guessing in the future, and one may attribute all issues in married life to Mars. The best remedy lot for Manglik Dosha is to marry only after matching the horoscopes. It will allow you to let the horoscope of the prospective spouse counterpoise the potency of the ill-effects in a Kundli.

How does Manglik Dosha formed in a Kundli

Answer: To check, visit the Mangal Dosha calculator on my website. You will have an accurate online Mangal Dosha check. One can check the Manglik Dosha tentatively, but to understand the actual effects of this so-called dreadful Dosha, you should look up to a good marriage astrologer.

Can a Manglik marry non-Manglik

Answer: This is perhaps the big-daddy of all the misconceptions about Manglik Dosha. But let me explain, yes, a Manglik can marry a non-Manglik and vice-versa. As said earlier, do not keep any anxieties in your mind regarding this question. Initially, you may not have a Manglik Dosha at all in your horoscope; even if you have it, a Manglik person can, with assurance, woo a non-Manglik. Such decisions are horoscope specific, so consult a good astrologer before forming your opinion or making any decision. If traits in the horoscopes complement each other, you don’t have to linger around finding a Manglik partner to counterbalance your Mangal Dosha.

The unsurpassed technique to balance the Kuja/Manglik Dosha is first you should heed the fact that you have this Kuja Dosha. Over fifty percent of folks will find that they do not possess this Dosha. If still there is any apprehension about this Kuja Dosha, check potency and marry after horoscope matching based on all the marriage compatibility factors. If a person follows these steps, there is no way that this Kuja Dosha can bother you or hamper your married life.

If there are still any apprehensions, you can read moirés about this on my website vinaybajrangi.com / write on mail@vinaybajrangi.com or connect with my office on +919278665588 or 9278555588