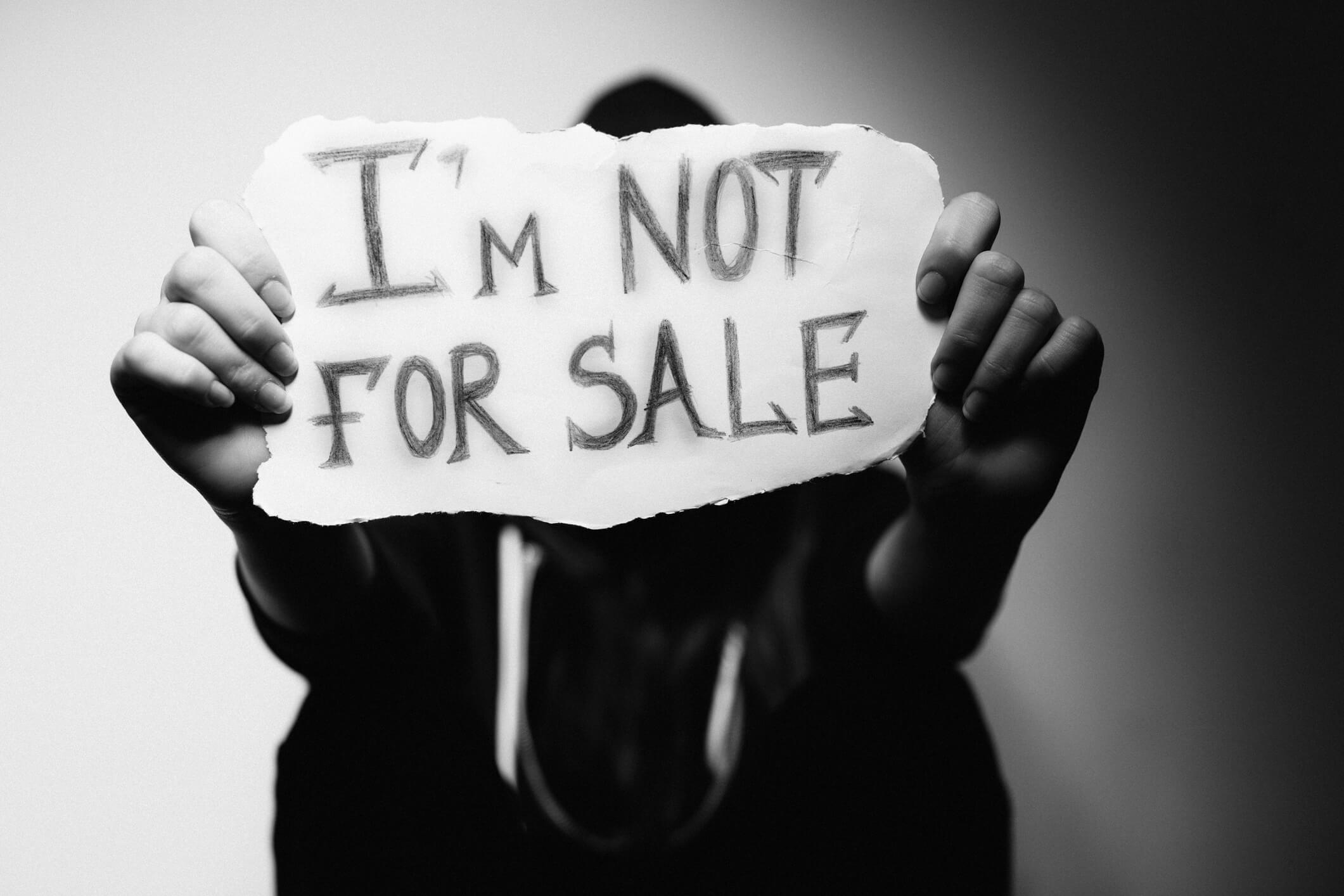 MISSING is an awareness campaign founded by Leena Kejriwal, a photographer and an artist, in 2015. It aims to inform people about the million girls who are trafficked for sexual exploitation.

The main objective of MISSING is to inform the populace about the plight of the girls, who are being trafficked into prostitution and educate the public about the crime.

Why And How Did “The Missing Girl” Paintings Start?

We might not be aware of this but there are approximately 3 million women in prostitution in India out of which 1.2 million are young girls (between 9 to 12 years old). These statistics disturbed Leena as much as they are affecting you, right now.

She got involved with an NGO and artists who dealt with the issue of human trafficking. They used complicated art pieces within art galleries, to illustrate the pain and the horrifying realities of sex trafficking.

She wanted to bring this issue out of the closet to create mass awareness. So she decided to use simple pieces of art that could convey her message easily to the populace. She then launched her public art project MISSING, at the Indian Art Fair in Delhi, in 2014.

Today, her art can be seen on the walls of various cities across the country, like, Delhi, Bangalore, Chennai and Kolkata.

Read More: As A Feminist, Should I Support Prostitution Or Protest Against The Objectification of Women?

The artworks are larger-than-life black silhouettes of young girls placed against the skyline or atop buildings in major cities, signifying the black hole into which millions of girls disappear each year.

These silhouettes hope to remind the populace every day of the million girls who have suffered because of humanity’s negligence.

These silhouettes are also seen across the country in the street stencil project. Students, artists and many NGOs along with the rescued girls are coming together to install and paint the MISSING girl silhouettes on the city walls.

MISSING has created over 1,000 wall arts across the country.

MISSING has also launched a reality app in the form of a mobile game. It allows the player to understand and go through the horrors and pains that a missing girl faces during as well as after her being trafficked.

This aims at making the millennials and the upcoming generation aware of the plight of the trafficked young girls. The game has gained so much appreciation that Leena Kejriwal has been shortlisted as a speaker at the Games for Change conference.

MISSING’s work in rural Bengal has helped them to establish a livelihood programme that benefits survivors of human trafficking. MISSING is also organizing talks to educate school students about the missing girls.

Poverty is an important reason for these vulnerable girls being pushed into human trafficking. Hence, MISSING is aiming at providing economic opportunity to women hailing from backward and vulnerable communities to help reduce the risk of these girls going missing.

MISSING has become a global movement thanks to Leena Kejriwal, who refuses to be considered as an activist and claims that she is just an artist.

Let’s Bring About The Change Together, Today

With Leena bringing upon change through her art, we all must do our part as responsible members of this society and remember the young girls we have lost to the pit of human trafficking.

If each and every one of us, just like Leena Kejriwal, had the courage to speak up against the horrors of human trafficking, then the world would have been a better place for the young, vulnerable and innocent girls, who are being tortured and exploited as we speak.