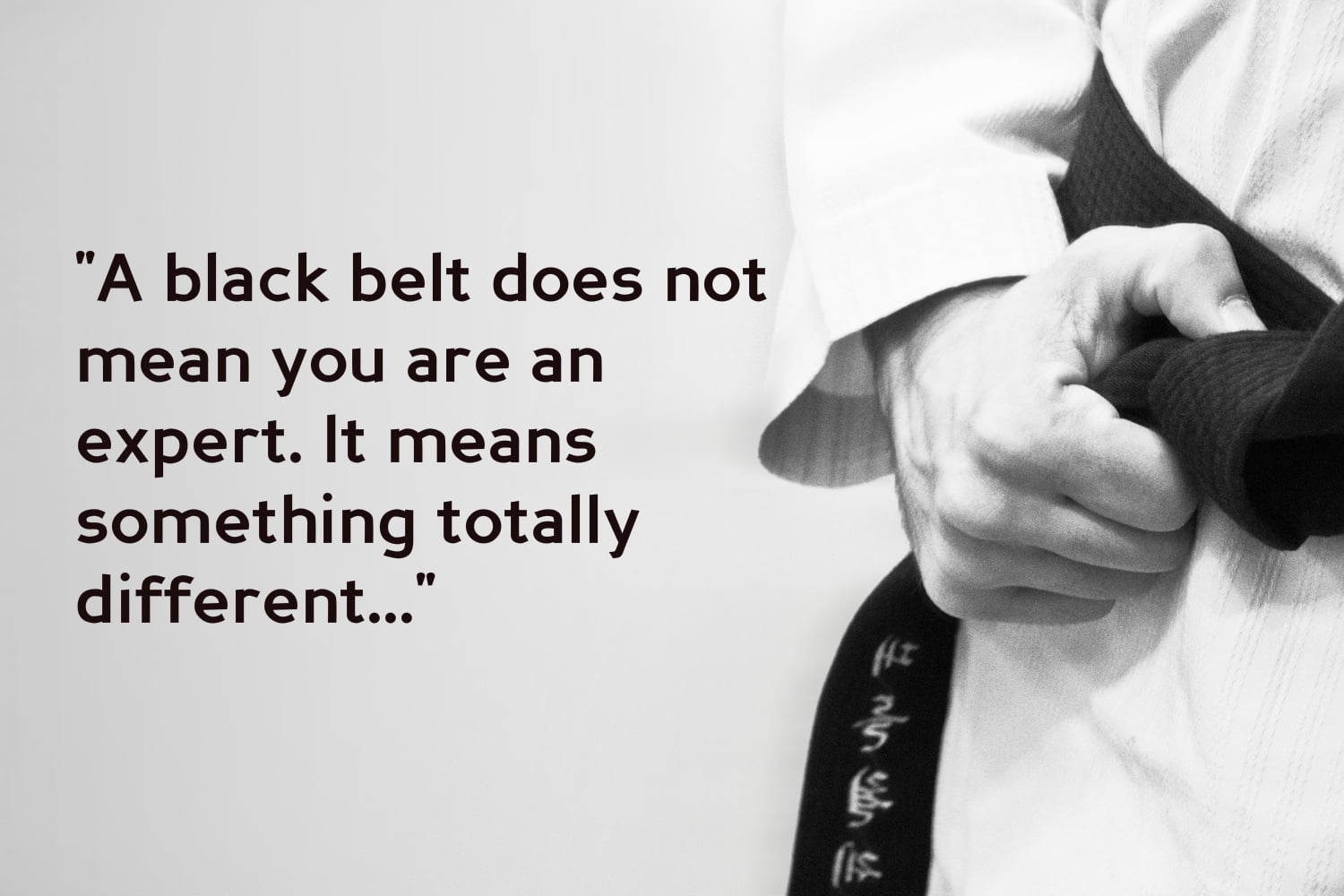 We all know that a white belt is for a beginner and a black belt means an expert in martial arts. But have you ever wondered why only these colours to depict the ranking?

People often believe that the colours of the belt are just a way to depict rankings within the community but we have never thought deep enough as to why certain colours signify something.

1. BLACK BELT DOES NOT MEAN AN EXPERT.

Instead, it means that the wearer is very well versed with the basic techniques of the art form and is absolutely competent with it.

2. In urban legends, it is assumed that in ancient times, martial artists wore a white belt itself but over time, due to sweat and dust because of their hard work, the white colour of the belt was shadowed by the black of dust. It is not true, clearly.

3. The system of giving rankings colour belts is relatively new. In Japan and Korea, due to poor economic conditions, belts were generally dyed from a lighter colour to a darker one. Would exactly explain why the stage of infancy is white and the highest rank is black.

Also read: I Am A Design Student And I Am Sick Of Answering These Stupid Questions

Now, let’s get back to understanding the colours behind the belts:

White means nothingness. Therefore, it is where something new would emerge. White is for birth. And the new disciple is here to gather knowledge in the art form.

Yellow signifies the yellow gleams of sunshine. Herein, the student is getting enlightened under the instructor/master/teacher. Just like sunlight provides nutrition to the seed, in the same way, the disciple is deriving nutrition from the knowledge of his/her master.

Orange is for the power of the sun which nurtures spring. The disciple is developing into something beautiful because of their own dedication with the help of their masters. They are acquiring new energy to themselves.

Green means a seed growing into a plant with a shoot and a leaf. Just like a seed becomes far greater than what it initially was, the same is happening with the student because of the knowledge being imparted.

A plant always grows upwards towards the sky. Blue is that sky. As the plant grows taller and tries to reach for the sky. So will the student after new knowledge has been disseminated to him.

Since a student undergoes changes in all these processes and prepares for a new phase in his life, purple represents the sky of dawn welcoming a new day.

A seed matures and the shoot starts to lose the green colour. S/he begins to solidify the knowledge, and it is an indication that in some time, the hard work will start bearing fruits because he is now strong enough to do that.

Red is synonymous to the sun. It is another step towards the sun. Red is a sign of danger. So it depicts the level of knowledge that the belt holder has which might be dangerous to the opponent.

Martial arts is a meaningful performative art, appropriated over all these years of globalisation. We don’t know the basic idea behind one of the most recognisable elements of it. And this is a step forward towards that understanding.