Pakistan has banned its official film entry for the Oscars- Joyland. The film was slated to be released on November 18, after passing all the certificate tests of the censor board, on August 17, but the decision was reversed, leading to a ban.

The film has been under attack as it was opposed by religious hardliners and right-wing political parties, who said that the film tries to portray Pakistani Society in a bad light and a ‘highly objectionable’  manner. 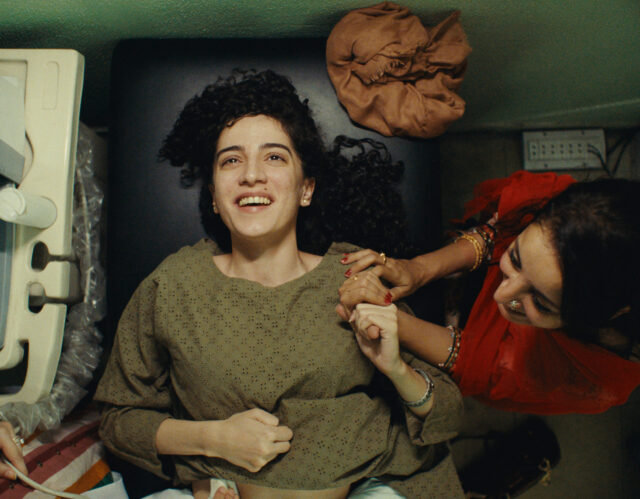 The film was attacked on the matter of decency and morality under Section 9 of the Motion Picture Ordinance, 1979, by the Ministry of Information and Broadcasting. The film, directed by Saim Sadiq, has won various accolades in the international film circuit, including Cannes, this year.

Here is the list of 5 reasons that makes Joyland objectionable.

The conservatives found the depiction of a love affair between a man and a transwoman “repugnant” and “highly objectionable.” The film was accused of promoting homosexuality, which is still illegal in Pakistan.

2. Against The Values Of The Society

The religious and powerful political parties echoed the film as being “against Pakistani values”. According to them, the film does not conform to the social values and moral standards of society. It is extremely distasteful and hostile to the norms of decency and morality.

3. Critical Depiction Of The Gendered Society

The film also was backtracked for its critical portrayal of Pakistan’s patriarchal society. At the heart of the film, there is a triangle between a man, woman, and trans woman with patriarchy at the centre of it. It also deals with the intersections between the worlds of the theatre and an oppressive household. This is a tale of transgender desire in a Muslim country, which makes it stand out from normal stories of love and desire.

4. Taboo Bond Being The Thread Of The Film

Mushtaq Ahmed Khan, the senator of Jamaat e Islami, welcomed the government’s decision and tweeted, “Pakistan is an Islamic country, and no law, ideology, or activity can be allowed against.”

The film effectively explores the basic emotions of desire, wanting to be able to define oneself, and wanting love. This message is universal and condemned by conservative hardliners all over the world. Joyland is, therefore, struggling.

This is not the first time that artistic freedom is being curtailed under the pressure of religion and politics. This will happen until Governments start preferring law over religion and power. The primary question arises- When will the provision of freedom of expression be actually granted?

Police Complaint “He Will Kill Me, Cut Me Up In Pieces” Made 2 Yrs...

Social Opinions Chirali Sharma - November 23, 2022
The Shraddha Walkar murder case has been a much talked about topic, after the victim's body was found chopped into several pieces when she...