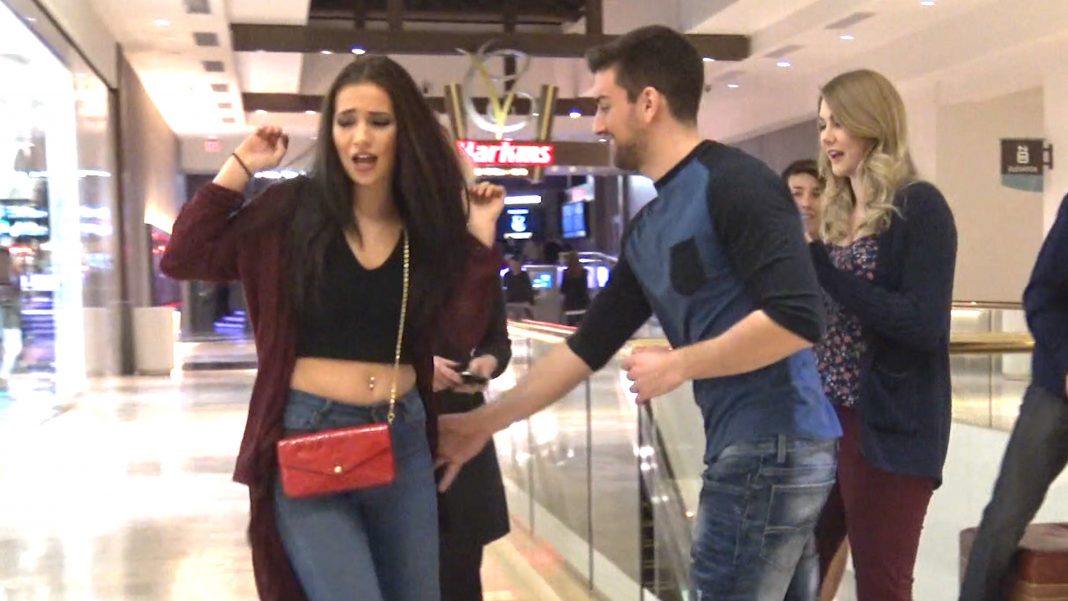 Harassment is nothing new for women across the globe.

It is a sad, sad reality that practically every living and in some cases even dead woman has faced some form of harassment in their life, atleast once.

Be it walking down the street, in front of their college, inside their home, inside the market, inside a mall, inside a toilet. You name it and a woman has probably experienced harassment there. Men in India it seems have never really seen a woman before and thus feel it their duty to stare down every woman walking by as if seeing an alien.

But studies show that there might be actually valid and concerning reasons as to why men harass women in the first place.

According to one study from U.N. Women and Promundo, which is an international research group, the reason why men harass women on streets in 4 regions of the Middle East that is, Lebanon, Morocco, Egypt and few Palestinian areas could be the high scale unemployment rate.

As per this study, after about 4,830 men were surveyed, the result found was that a large rate of 64% of men in Egypt and 31% men in Lebanon accepted to having had sexually harassed a woman in public.

Also Read: Rape Videos For Sale In India At Less Than The Price Of A Meal And There Is no Dearth Of Customers

But what really surprised the researchers was what the study finally revealed and it was that there was a higher probability of young men who had received at least secondary level education to sexually harass women than a male who was older and less educated.

This result in particular is very astonishing as you’d think that educated men would be less likely to do something so horrible and would have more respect for women.

But it turns out that these educated men are more likely to commit sexual harassment than men who are older and not received high level education.

Although the study was mainly limited to these areas, but the reason for men harassing surpasses global boundaries and is actually valid almost everywhere across the world.

That being of unemployment.

According to the study, Shereen El Feki, co-author of the report and Barker suggest that this result might be due to the high unemployment rate, pressure from family and even social unrest.

Harassing a women, perhaps gives these men a way to show their power in a time when they feel so helpless in any other area of their life.

There is no work so they are restless and free without anything to do the entire day. Couple this with pressure from family for not meeting their expectations and men might feel as if harassing a women is the only thing they can do to assert their dominance and power.

According to El Feki, the harassment is also a way for young men to “get their kicks,” and as per the survey, about 90% of men said that it was for fun and excitement.

Which is actually an incredibly idiotic way to look at something that is almost a ‘nightmare’ for women.

The emotional and psychological impact that street harassment leaves on women is not fun or exciting.

Imagine feeling scared just walking down the street, even in broad daylight, not being able to relax and walk without care.

Unemployment sure is bad, but men also need to understand that women are not toys that they will take out their frustration on them or use them as a means of enjoyment. Especially not when it is having such a big and negative effect on them.

Meet The Afghanistan Widows Of Zanabad And Know How To Defeat Violence, Ostracization And Expulsion