Home Social Opinions Uttarakhand Has Been Burning For 4 Days With Over 46 Wildfires Burning... 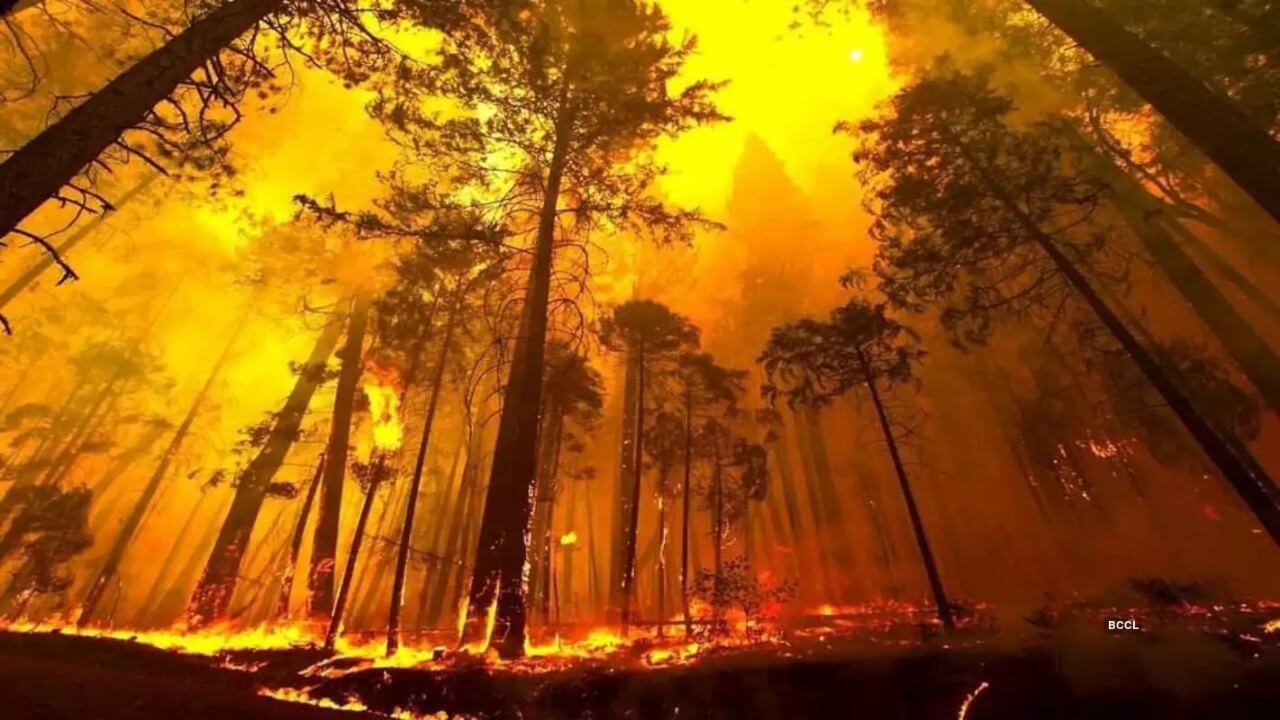 When the Australian bushfires and Amazon wildfires were going on people from across the world and even India could not stop talking about it.

Hell, even when the Notre Dame caught fire it resulted in a flurry of action where in just a week of the incident occurring over €1 billion donations were collected.

But interestingly I noticed how the Indian media was giving their full attention to these tragic incidents. However, it has been strange that the same courtesy has not been extended to the wildfires consuming the forests of Uttarakhand currently.

Indian news channels, media sites and more were constantly updating people on those ecological disasters, but seem to be quiet on the tragedy happening in our own country.

Apparently, for 4 days Uttarakhand forests have been immersed in a raging forest fire that is not going down. 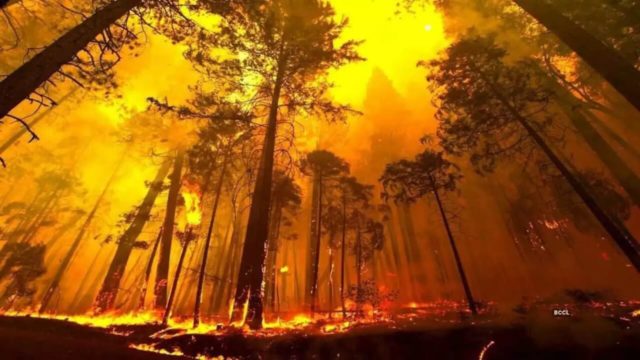 What Are The Uttarakhand Forest Fires?

Uttarakhand is not new to forest fires with 2016 also being a difficult year for the state. The heatwave that the state was experiencing at the time further enhanced the fires.

Now this year again, Uttarakhand is experiencing forest fires except they seem to be spreading at a much quicker rate than before.

As per ANI, the Pauri Garhwal district in Srinagar saw it break out on Saturday. The Forest officer Anita Kunwar reportedly said that “5-6 hectares of forest have been affected. The fire could not be controlled due to wind. More teams will be called to extinguish it.”

The forest area is only around 3 km away from the city of Srinagar.

That is not all, other regions in Uttarakhand are also battling with their own forest fires.

A Times of India report revealed that till yet around 46 wildfire incidents have been reported. A collective area of 51.34 hectares of forest has been affected from these fires.

Over 21 wildfires are reportedly from the Kumaon region with the Garhwal region seeing 16 forest fire cases and nine coming from the reserve forest areas in the state.

The forest department also revealed that these forest fires have resulted in a loss of over Rs. 1.32 lakh.

There has also been the loss of life with two people having died and one person getting injured when they were trying to escape from the fires.

This year the increase in mercury levels led to the start of these wildfires in the state.

For a few hours now #UttarakhandForestFire has been trending on Twitter. Because the traction is not as big as one would hope for, only over 5,000 tweets are talking about this very serious issue.

IFS officer Vaibhav Singh even shared a horrifying video of what was actually happening when he tweeted it out on 24th May with the caption:

“Unbearable heat, treacherous terrain, one wrong step and you can break your bones, add to this the winds which make it extremely unpredictable !! This was my experience of dealing with this last night! #wildfires #Rudraprayag“

Uttarakhand is burning from 4 days ,it has been reported Uttarakhand has lost nearly 51.43 hectares of forest cover ,46 Wildfires & Over Half The Wildlife Species are In Danger & the worst part no media channel is showing this!#UttarakhandForestFire
pic.twitter.com/2OGTkqmkDC

A lot of people have been calling out the hypocrisy of Indian media and other people in advocating for the Australian fires while remaining silent and ignorant of our own tragedy. 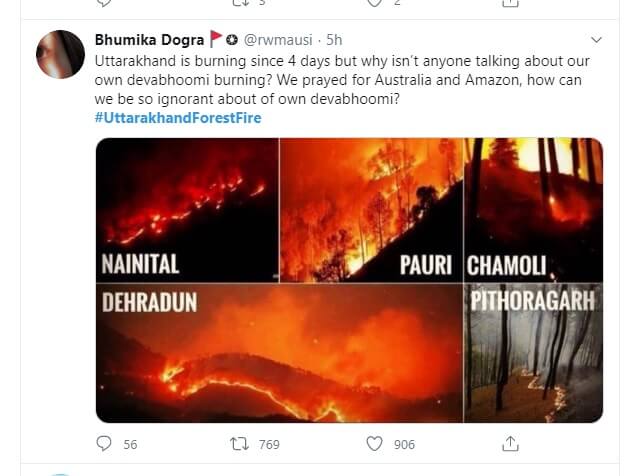 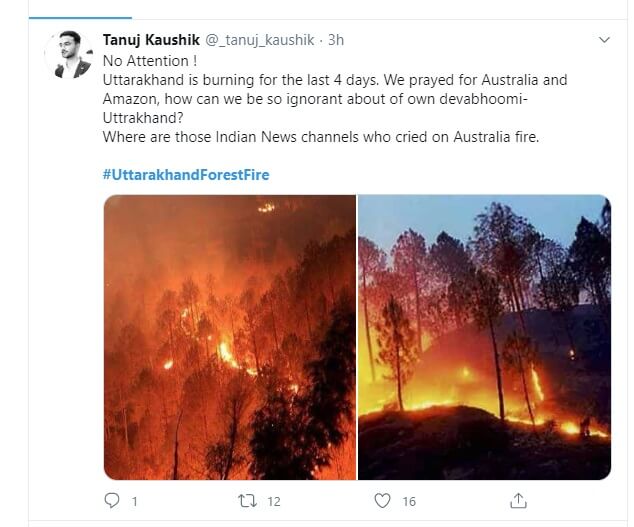 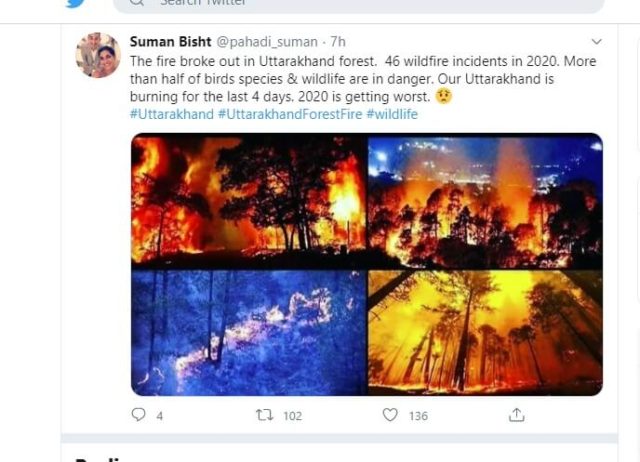 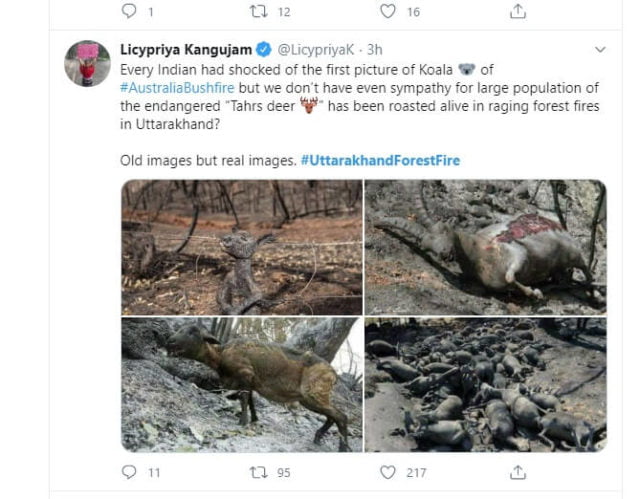 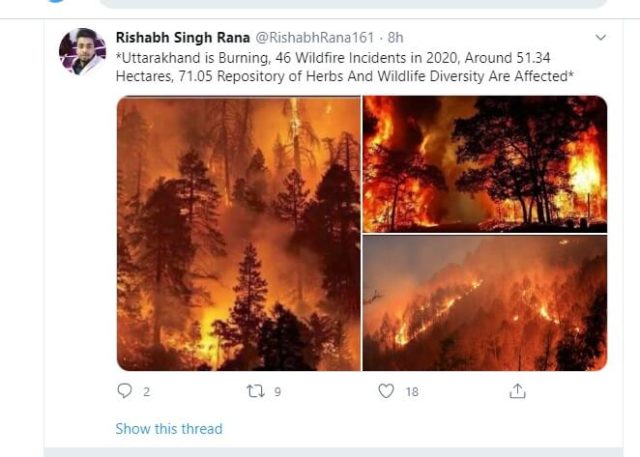 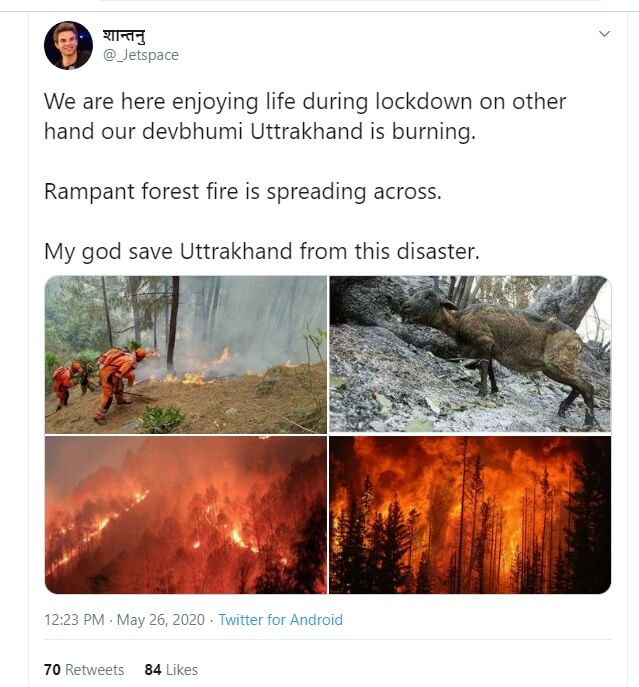 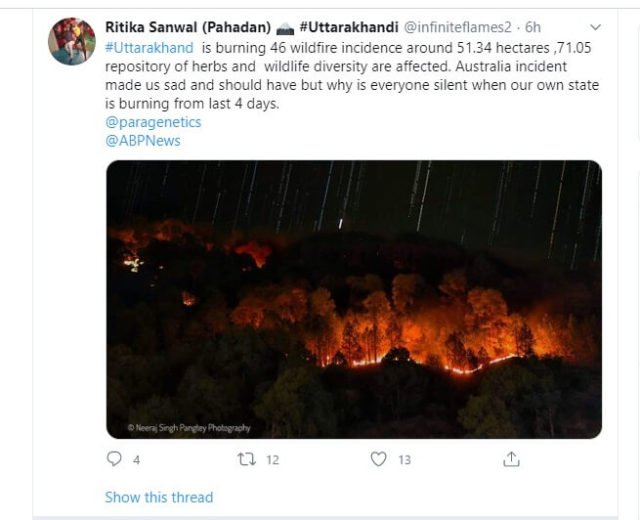 It is a little concerning that major Indian media outlets have not yet covered it and shed light on what exactly is happening there.

The Chief Conservator of Forests at Uttarakhand Forest Department recently posted on his Instagram profile that the fires were being brought under control and that the rains helped out a little too.

In the video, he cautioned against spreading fake news as many people were sharing old or fake images about the severity of the fires.

Mumbai Aarey Forest Fire: People Are Furious Over How The Govt. Allegedly Planned This Conspiracy To Grab Land