The plight of migrant workers has been the worst amid the lockdown since the partition. Every day, heart-breaking news greets us early morning claiming to have lost more pillars of India. 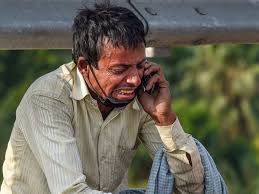 On 21st April, a 12-year-old girl died just 11 kilometers away from home out of exhaustion after walking 100 km from her workplace to her native village.

In another news, recently, 16 migrant workers were crushed to death by a train in Aurangabad, while they were sleeping on the tracks exhausted from their long journey towards home.

While the Vande Bharat mission only focuses on bringing the rich back to India, poor people resort to walking hundreds of kilometers to reach home as work is shut, savings exhausted, and help nowhere to be found.

Few are taking the matter in their hands instead of relying on the government. A video uploaded by Brut India shows the gut-wrenching reality of our workers who cannot even afford a pair of slippers.

Such is the plight of these workers that it brought tears to the eyes as policemen came to their rescue.

The tiny feet, bruised and hardened by the long journey and miserable situations were noticed by few policemen on a highway near Indore while distributing food.

They managed to collect 18,000 rupees and arranged 250 pairs of slippers and shoes for all ages. As more people learned about this, they managed to contribute 600 pairs daily.

It is heartwarming to see the policemen stand with the nation during this grim hour. Many have succumbed to the virus but that hasn’t stopped them from doing their duty and going out of their way to help the poor laborers.

There are others who have made life simpler for the workers.

Sonu Sood, a Bollywood actor, fed the workers when they were stuck in Mumbai and later made sure each migrant worker reached home by arranging buses and taking care of the permissions from the state government. 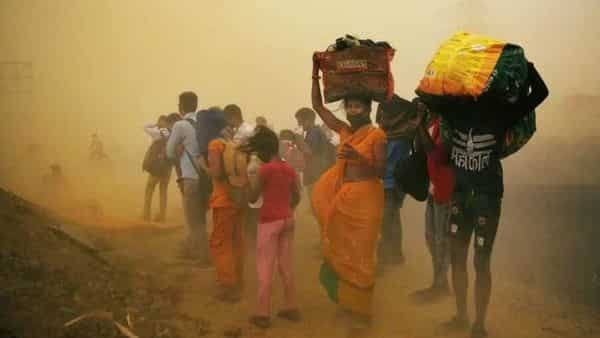 When the states refused to accept the workers, he urged them to build a quarantine facility instead of denying the laborers.

Most of us strive for equality but every single time, the poor bear the grunt of our mistakes. Gulzar, lyricist, and poet, has penned down beautiful lines showing the unjust distribution of pain and the longing for home.

Translated in English by Rakshanda Jalil-

“The pandemic raged
The workers and laborers fled to their homes
All the machines ground to a halt in the cities
Only their hands and feet moved
Their lives they had planted back in the villages
The sowing and the harvesting was all back there
Of the jowar, wheat, corn, bajra – all of it
Those divisions with the cousins and brothers
Those fights at the canals and waterways
The strongmen, hired sometimes from their side and sometimes from this
The lawsuits dating back to grandparents and grand uncles
Engagements, marriages, fields
Drought, flood, the fear: will the skies rain or not?
They will go to die there – where there is life
Here, they have only brought their bodies and plugged them in!

They pulled out the plugs
‘Come, let’s go home’ – and they set off
They will go to die there – where there is life.”

We, comfortable at our houses cannot even fathom the depth of their unending miseries.

First, they spent months waiting to go back home, and now when they walk hundreds or thousands of kilometers barefoot towards their villages, their own state refuses to accept them. It’s a shame that India does not even treat our laborers as humans.

However, few saviors coming forward swells the heart and paves a way for hope to seep in their saddened hearts. With still a long way to go, let us go forward and contribute in any way possible to the initiatives that have pledged to help the needy.