In a world where monogamy is of prime importance, Gond and Muria tribes of Chhattisgarh engage in sexual relations with multiple partners before marriage.

Having multiple sexual partners is something that is frowned upon. Not only that but even thinking about having sex before marriage is somewhat of a sin in many Indian societies.

This system of tribes is called the Ghotul system, wherein men and women change their partners regularly in a Ghotul. These people have much more liberty over their lives and bodies in this respect. 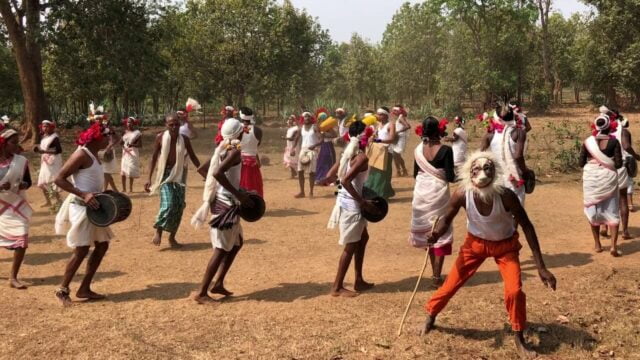 A Ghotul is like a common dormitory for both boys and girls which they start entering at the age of 10. The Ghotul is either one large hut or a group of huts made of wooden or earthly materials.

They are mostly concentrated in the Bastar region of Chhattisgarh but these tribes and their practices spread to Maharashtra, Andhra Pradesh, and Madhya Pradesh as well. Gond and Muria tribes are the only ones that engage in this system. Out of the two, the Muria tribe is the one that engages extensively till date in this practice.

What is the Ghotul system and the logic behind it?

Under this system, boys and girls share the same living space and continuously change their sexual partners. In fact, if you engage with someone for more than 3 days it is actually frowned upon. The Ghotul system is crucial both socially and religiously.

One might wonder how can having multiple sexual partners teach anything good?

The logic is to teach the young adult community about love and also help them overcome feelings of jealousy and possessiveness. Rather than reinforcing the concept of self-love and individualism, they propagate community love and respect. 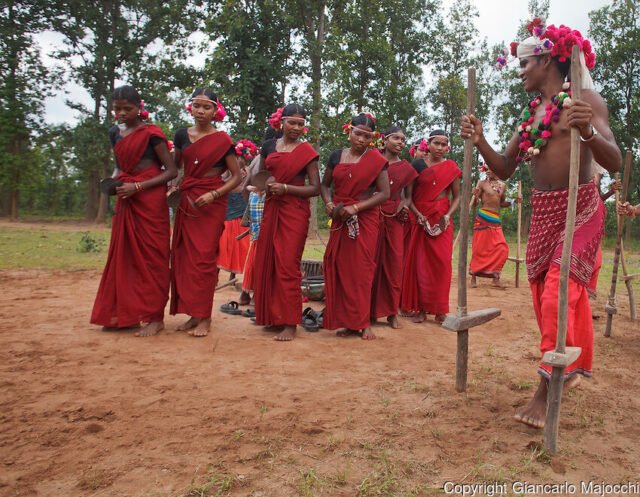 The Ghotul is much more than just a sex school, it also teaches cleanliness in the shared living space, discipline and even community service. They even have elders or leaders who look over young adults and ensure they are following the practice with full honesty and spirit.

Read More: 7 Of The Most Shocking Sex Practices In Tribes Around The World

The boys of the community are called Checks and the girls are called Motiari. The nights in the Ghotul are lively and start off with the boys gathering around a bonfire and smoking tobacco. As soon as the girls enter the scene, a ‘party’ starts, where boys play instruments and they all engage in dancing.

Two of the most popular dances that take place there are ‘Mandri’ which is a drum dance and ‘Hulki’ which is similar to snake dance. The dances are seductive and alluring after which the young adults start pairing off.

Siredar and Belosa take a final decision on who will be paired with whom. The leaders ensure there is equality and each and every one of them gets equal opportunities.

The rules differ slightly in different Ghotuls, Gond tribes aren’t as rigid as the Muria, and the boys and girls return post-midnight after all the practices are completed.

Why do some people find it offensive?

In a report by India Today, a school teacher called this an ‘evil practice’ as it permits young adults to sleep with anyone besides their siblings.

Many educated members of these tribes too have stopped engaging in this practice. The practice started declining in the last few decades but organisations like Ekta Parishad are aiding its revival.

The system is quite revolting and absurd to people in modern society who do not believe in pre-marital sex and having multiple sexual partners. Even the Murias who have assimilated with the urbanised section of the society and started going to schools choose not to engage in this practice.

Some activists even believe that due to the promiscuity and ‘bad’ practices of Ghotuls, there are a lot of unwed mothers. They believe the educational institutions have deteriorated in Ghotuls and it is just a place for engaging in sensual activities.

Many so-called ‘woke’ people believe that Ghotuls are centres for the spread of diseases and wild debauchery. Quite often many ‘woke’ people automatically assume that all tribes and their practices are backward.

There is a general misconception that tribal practices are backward. Their lifestyles are actually much more sustainable and have strong logic in all religious and social practices.

The reality is that the difference in opinion arises due to the way one has been brought up and not because a practice is good or bad.

People who protest against it find it awful because it does not sit well with the notion of the relationship we have in modern society for a man and a woman.

On the contrary, this teaches us about getting over our insecurities in relationships and most of all being open-minded to different cultural practices. The men and women in these tribes have way more liberty over their minds and bodies than we do.

The idea of multiple sex partners is not easy to accept but does it necessarily mean that the ones doing it are engaging in some ‘evil’ deed? Isn’t it too much to call it evil when they are actually much more liberal with their thoughts and bodies?