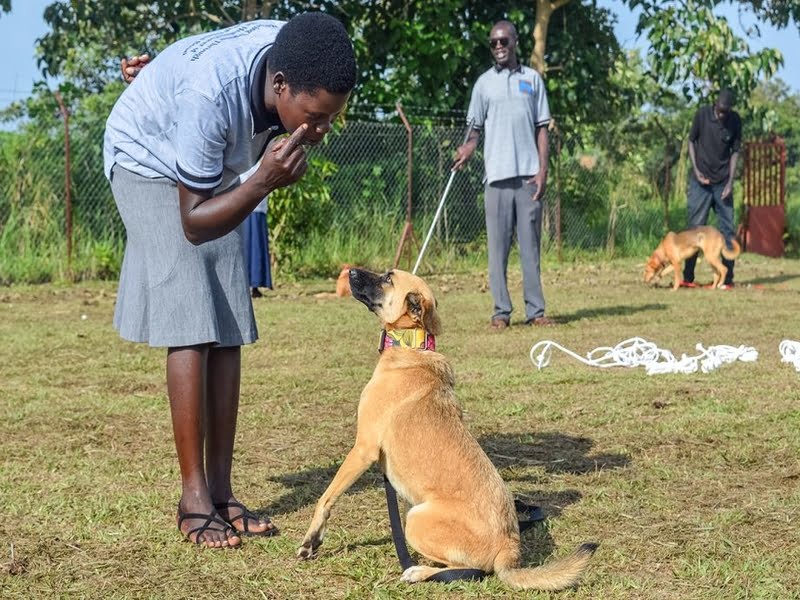 A traumatic experience has the potential to either hollow you out to an extent that you become emotionally bankrupt or burden you so much that you become a prisoner of your own feelings.

Either way, whatever you experience you prefer to keep to yourself, for people ask too many questions while being inept to understand the answers. To make things worse, society indulges in unfounded judgements, which deepen the scars.

If, God forbid, something shakes the core of your existence, unconditional love and empathy can get you in touch with the side of you who is willing to give life another chance.

However, you don’t necessarily have to seek these healing powers from fellow human beings. Like the people of Uganda, you can find the solace, strength and resilience to put yourself together by opening your heart up to a stray dog. 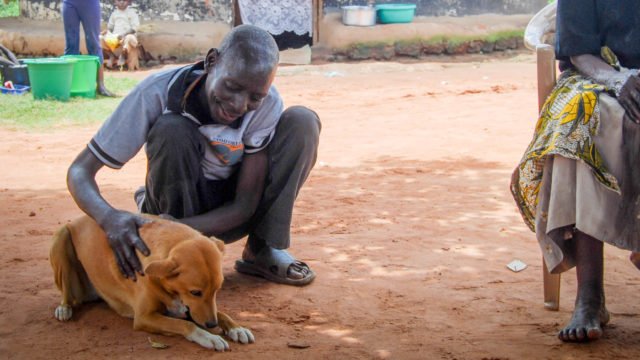 What Is The Comfort Dog Project?

A group called Lord’s Resistance Army (LRA), founded by Joseph Kony, a warlord, in the 1980s. The group kidnapped, looted and threatened people in the villages of South Sudan, the Democratic Republic of Congo, and the Central African Republic.

It forced young boys to perpetuate heinous crimes, while girls were abducted and sexually abused.

In 2006, the government of Uganda won the war against the group with the help of some international military support.

To date, victims who escaped and survived still can’t overcome their agony and trauma.

In 2014, Francis Oloya Okello came up with the non-profit Comfort Dog Project wherein stray dogs are trained to provide therapy and comfort to those people of northern Uganda who continue to be affected by the ordeals of war and crime in the society.

How Do The Canine Companions Help

Most of the stray dogs selected for the Comfort Dog Project have no owners and are rejects.

Stray dogs are taught to befriend humans in a way that they help them deal with stress, anxiety and various psychological disorders. According to medical researchers, therapy given using dogs improves mental stimulation.

Those who don’t get therapy dogs are given counselling by the non-profit organization.

On an average, at least eight people are provided therapy dogs or counselling in five months. To date, 36 have adopted the stray dogs they were given for therapy and 500 people across 10 villages have benefited from counseling sessions.

Okello, a young chap, lost both his eyes in a land mine explosion in Uganda’s Kitgum district. He had given up on life till he became friends with two stray dogs who helped him move around in his school campus.

One dog led the way, and the other followed behind without any training.

India is home to approximately 35 million stray dogs and on an average, 20,000 cases of rabies are reported here in a year.

Although it is illegal to kill stray dogs in India, the penalty for doing so is meager fifty rupees according to Prevention of Cruelty to Animals Act, 1960. 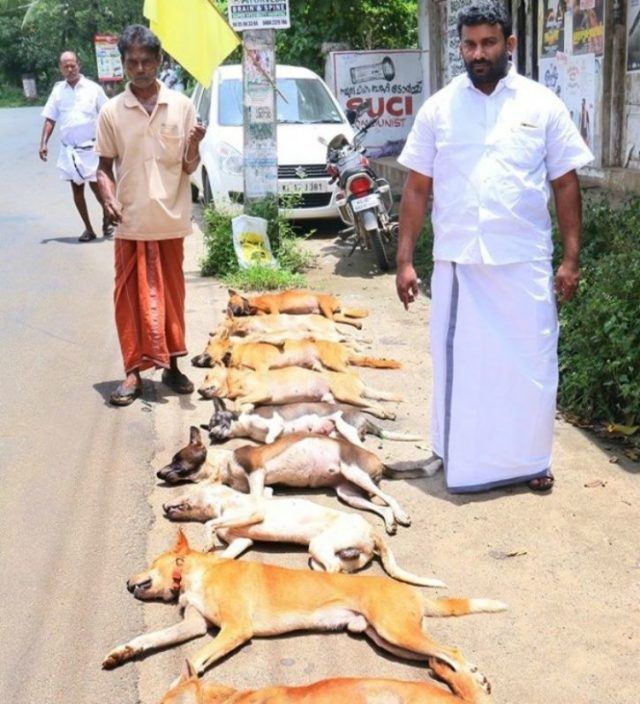 The biggest cause of death of these dogs is reckless driving.

Also, most Indians are wary of adopting street dogs as they aren’t properly sterilized and vaccinated. Instead, people choose some other fancy breed to pet.

In China, the situation is worse than India as dogs are skinned alive in certain parts of the country, seasoned and cooked to be consumed along with alcohol and lychee.

In the annual Dog Meat Festival that happens every summer, around 10,000 dogs are butchered to prepare dishes with dog meat.

People of both countries should learn from those of Uganda on how to find a companion in a stray dog rather than killing it. A dog that’s treated well can give you more love and loyalty than you can ask for.

The world would be a much happier and nicer place if everyone could love as unconditionally as a dog.

Breakfast Babble: Here’s Why I, As A Dog Lover, Don’t Think We Should Criticise People Who Don’t Like Dogs