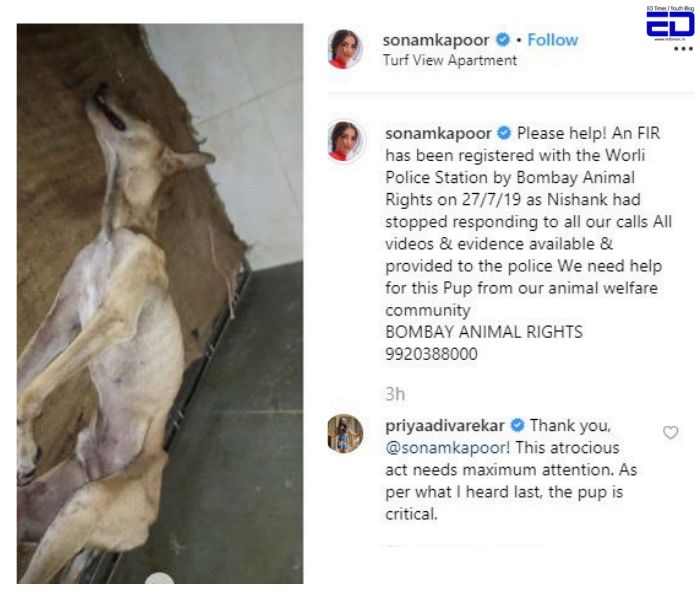 On 24th July 2019 when it was raining heavily in Mumbai and the people of the city were busy in their own lives, a stray pup was beaten up mercilessly by the watchmen of the Turf Building, Worli for seeking shelter from the rain. 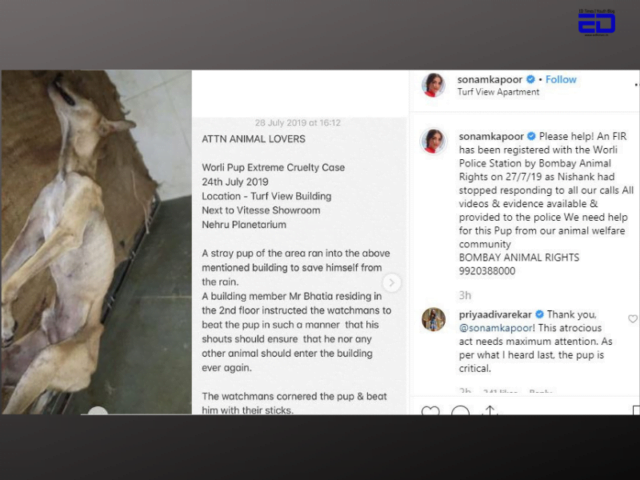 The poor soul was severely injured by the sticks of the cruel watchmen of the building without any reason.

According to the Instagram stories and post shared by the Bollywood actress Sonam Kapoor, the atrocious act was performed when Mr. Bhatia, a resident of the Turf Building, Worli instructed the watchmen to beat up the pup in such a manner to ensure that no other animal ever dares to enter the premises of the building.

The watchmen upon instruction struck the dog heartlessly multiple times. They went on committing the gruesome act and injured the dog’s head. After striking the dog, they left him to suffer in convulsions and pain in the society’s compound. 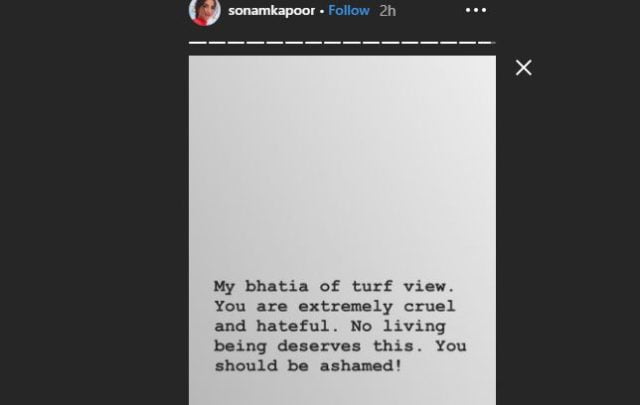 Also Read:  Why Is This Woman Lawyer Banned From The Delhi High Court’s Cafeteria?

The sick resident Mr. Bhatia upon hearing the pup’s cries instructed the building manager to do the same to every animal who enters the compound. He also told the watchmen to lift the dog and throw him across the building.

An animal lover and a tenant in the same building, Nishank, tried to stop them and informed Jayesh Shah (Help Bird and Animal Helpline) who reached there. He cleaned up the thrown away pup with water and picked him up in cardboard and took him to the hospital.

Jayesh sensed that the case was not of accidental injury and got to know about the cruelties of the watchmen through Nishank. 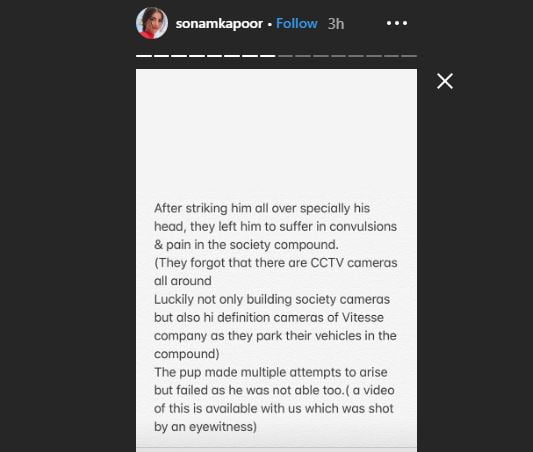 Jayesh contacted Geeta Dudani and told Nishank to lodge an FIR. Due to some reason, Nishank was unable to complain and the FIR was finally registered by the Bombay Animal Rights on 27/7/19. All available CCTV footage and evidence were provided to the Police.

The pup was administered medical aid and is still in an extremely critical situation. The poor soul’s video is all over the internet and his cries send shivers down one’s spine. 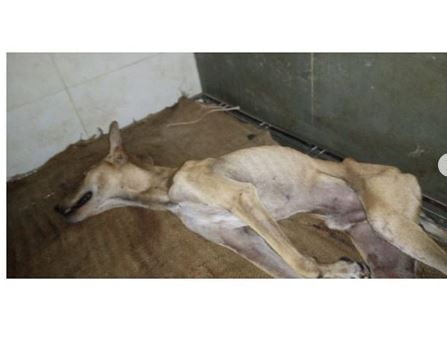 Sonam Kapoor exposed the cruel and inhuman act by the resident of Turf Building, Mumbai through her Instagram stories and a post. She was horrified by the atrocities and publicly called Mr. Bhatia out on his shameless act.

Through her post, she made everyone aware of the help required by the Bombay Animal Rights welfare community and made sure that the cruel act did not go unnoticed. Insane, how heartless some people can be.