Home Politics This Is How UK Govt. Is Incentivising Its Citizens Into Spending And... 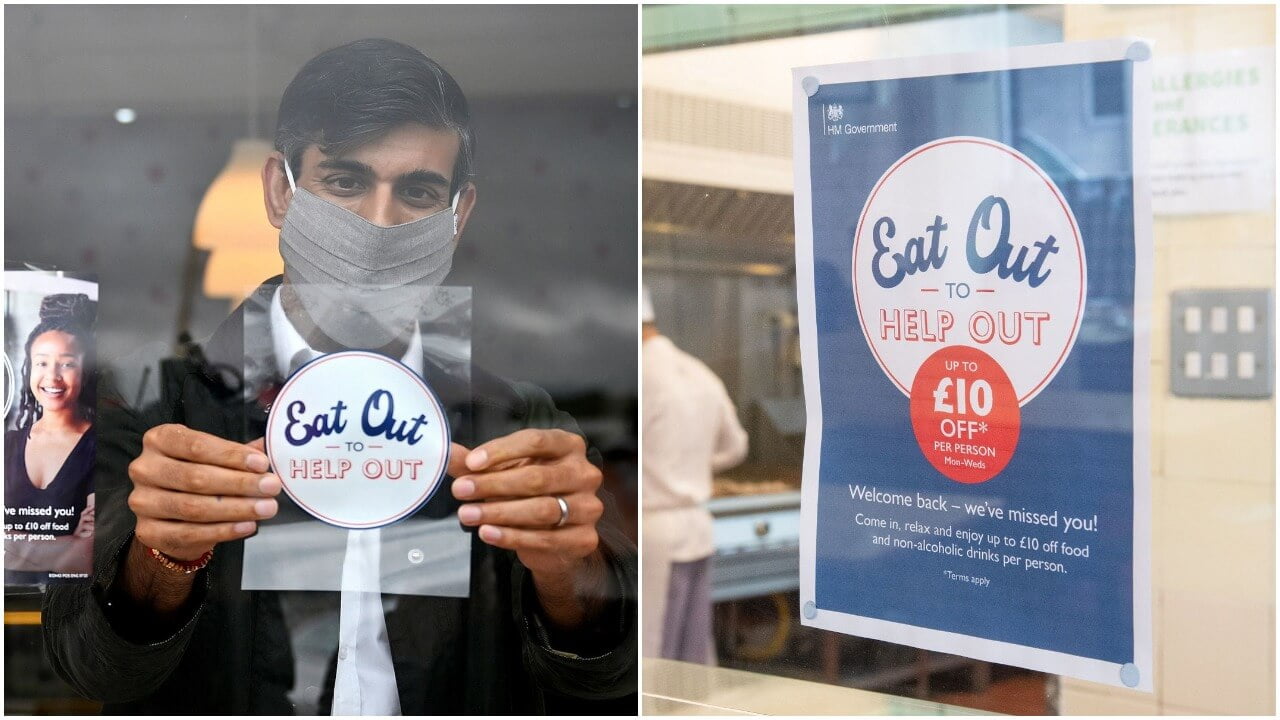 The coronavirus pandemic raging across the world has affected people in several different ways.

Besides making us paranoid about health and hygiene and ensuring that we carry a sanitizer everywhere with us, it has also made us conscious of our spending habits.

Considering how many are either working from home or not working at all, people are a bit stingy with their money and want to keep it in savings instead of just spending like there’s no tomorrow.

The hospitality sector had already taken a bit hit because of travel bans and such, but the restaurant and cafe industry also saw a great dip because of the lack of consumption by citizens across the world.

The UK also suffered from the same, but with the world entering the 8th month of this pandemic, they have come out with some incentives and schemes to help its citizens spend a little bit more in order to start reviving the economy.

1. “Eat Out to Help Out” Programme

The most known is the “Eat Out to Help Out” programme, that was launched by Britain’s government in August.

Reports revealed that the government had subsidised more than 35 million restaurant meals in order to encourage citizens to go out and eat at diners.

The hospitality industry had started to open up on July 4th but saw a low turnout because of people choosing to remain at home rather than going out.

The discount that applied on Mondays, Tuesdays and Wednesdays in August would have the government pay for almost 50% of a meal that a person eats at a cafe.

As per this programme, restaurants, pubs and cafes can apply a discount on their food up to 50% or about 10 pounds per diner, and the government on their end would pay the difference so that the restaurant itself doesn’t experience loss.

The government had apparently set aside about £500m as funds for this policy.

According to reports, HMRC is said to have received 10,540,394 claims for this scheme and even the turnout of citizens increased.

With social distancing being encouraged, most people are not too keen on using public transport where other people could be present.

This has led to an increase in cycling and even India has seen this phenomenon, with more and more people using cycles as a method of transportation.

Seeing how the cycling industry is witnessing a boost during this time, the UK government announced that they had plans for a £2 billion scheme to promote cycling among citizens.

Reports state that regular biker usage between March and July almost doubled in numbers going up from the previous 6% to a decent 12%.

The government incentive for this was including vouchers for bike repairs, and when they had released the first batch of almost 50,000 such vouchers on 28th July, the site crashed because of the high demand.

The government also has a subsidy for e-bikes where they are being priced at a third of its normal cost.

Read More: We Asked Millennials The One Thing They Will Improve In Their Lifestyle As Their Pandemic Teaching

UK Chancellor Rishi Sunak also recently announced that the government would be slashing VAT by almost 15%.

The slashed VAT will remain until January 12, 2021, and will be applied to food, attractions and accommodations.

The only exception to this would be alcohol which will still have the original VAT applied to it.

These are certainly interesting ways to incentivise people to start spending a bit more and obviously will help the economy of the country to start to stabilise.

Breakfast Babble: What Are The Effects Of Extensive WFH On Us?