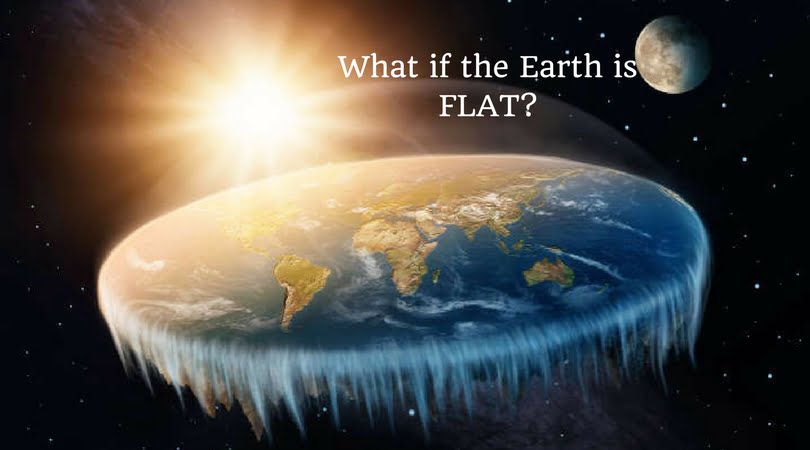 There are no real satellites orbiting the Earth. The International Space Station (ISS) is a hoax. The Governments are conspiring against the public and keeping away vital information from us.

To withhold the biggest historical truth of all time – THE EARTH IS FLAT!

At least, that’s what this 21st-century society believes.

This modern-age society fights ardently against all claims that the earth is round. The Flat-Earthers, as they call themselves, also believe that the Earth is stationary while the rest of the planets are spherical. But that’s not all!

They believe that images from space that show a spherical Earth are tampered with and astronauts bribed. The satellites in the sky are not real and are only launched into the outer space to deceive people. Some Flat-Earthers even claim that the earth is not a planet! The International Flat Earth Society was founded in 1956 by Samuel Shenton but expanded to a great degree only in 1971 under the presidency of Charles K. Johnson. After several years of stagnation, the society revived in 2004 with an official website.

So, What Does The Earth Look Like According To Them?

Samuel Rowbotham, who is known as the pioneer of the modern Flat Earth thought, believed that the Earth was a flat disk of indefinite dimensions. At the centre lies the North Pole and surrounding the edges of the disk is the Antarctic region. Dead serious. The Flat Earth Society website will guide you through quite an extensive online library, dedicated solely to Flat Earth resources.

There are many schools of Flat Thought, which can be explored through the Flat Earth Wiki. The beliefs of the members are widely varied and are therefore not labelled as the official views of the society.

If the Earth Isn’t Spherical, How Does Gravity Work?

The Flat Earthers believe that the theory of gravity is false and the reason why objects fall can be explained using electromagnetism, density and pressure. Basically, what goes up always comes down, but not necessarily due to gravity.

How Do They Prove The Earth’s Flatness?

In 1838, Rowbotham conducted the Bedford Level Experiment to prove that the Earth is truly flat. He waded into the Bedford river and observed a boat with a flag on its mast. He noted that the flag was consistently visible for 6 miles with no steady decline from his line of sight, which would not have been the case if the water had curved with the spherical shape of the Earth.

In 1870, Alfred Wallace repeated the experiment by improving upon Rowbotham’s method to avoid the effects of atmospheric refraction. He found that there was a consistent curvature, proving that the Earth is indeed spherical.

Wallace was accused of cheating and was sued for it, but the court ruled in his favour.

Is It Possible To Fall Off The Edge Of The Earth?

The Flat Earth theory is originally based on the concept that there is no end to the Earth. According to Rowbotham, the only edge to the Earth is the one you are standing on (whatever that means). However, Yudi, a Flat-Earther from Indonesia, believes that no one can break through the “gates” – the ice walls of Antartica – and so it is impossible to fall off. So, Flat Or Round?

A few months ago, Elon Musk questioned the absence of a Flat Mars Society on Twitter. The Flat Earth Society’s official Twitter account promptly answered, “unlike the Earth, Mars has been observed to be round”. This statement goes completely against the Flat-Earther concept that scientific observations of the Earth’s spherical shape are flawed.

So, believe what you will. Do your own bit of research to conclude whether the shape of the Earth is a global conspiracy or decades of scientific observation done right.

What Is It Like To Be An English Literature Student In India?: ED VoxPop

Why Are Bengalis And Malayalis So Similar?