When Jawaharlal Nehru called India ‘incredible’, he was aware that the country will never stop being an exquisite and colourful quilt full of eccentricities and wonderments.

These eccentricities always tip the balance when it comes to defining how crazy and unique our cultures are.

To top all of that, we have now learned that there is a temple that worships man’s best friend, a very friendly and cuddly deity.

It is known as the Channapatna Dog Temple and is located in a humble village called Agrahara Valagerahalli in the city of Channapatna in Karnataka. By the locals, it is referred to as the ‘Nai Devasthana,’ where ‘Nai’ means ‘Dog’ in Kannada. 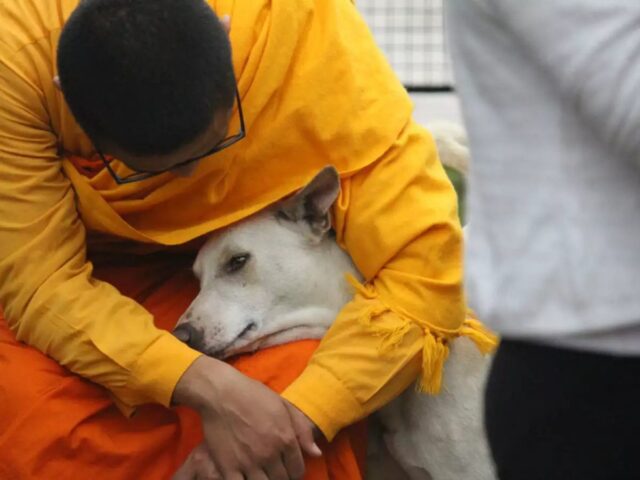 Dogs have mythically been part of many cultural doctrines – the well known one being the image of the Egyptian god of death, Anubis. In Greek mythology, Cerberus serves as the dog of the underworld for Hades. In Hindu mythology, Shvan is a dog figure who is the vahana or mount of the god Bhairava.

Hence, it is historically believed in some sections of Hinduism that the protection and adoption of dogs can lead the way to heaven.

What’s the history behind dog worship in Channapatna?

Channaptna has a very experiential history behind dog worship. The temple was constructed following a vision that someone from the village had in their dream. Being aware of everyone in the village, the people had noticed that two dogs had gone missing.

A businessman, who had also constructed a temple for Goddess Kepamma who is the main deity of the village, took the responsibility to build another one for the missing dogs.

Allegedly, the goddess appeared in the said person’s dream and asked them to construct the temple as they were close to her and would facilitate the protection of the village and the villagers.

Other sources say that the goddess asked the person to find the two dogs, but when they couldn’t, they built a shrine for them instead.

The villagers embrace the aggressiveness of the animal and believe in its protective qualities, such as loyalty and protection. They believe that as an avatar, dogs can right all wrongdoing in society.

When and how to visit it

Channapatna is known for its beautifully polished wooden toys, and is nicknamed the ‘town of toys.’ A little turnaround to the town when you visit Karnataka won’t hurt your time constraints as it is already a renowned tourist destination.

Interestingly, the villagers also celebrate an annual festival where they sacrifice sheep on stones and feed them to all the dogs in the village.

It is an amazing destination for all dog lovers in India who would love to make any contribution in the form of prayers or donations to a temple that is solely built for their amazing and adorable pets.

Is this the only dog temple in India?

There is another shrine called Kukur Dev in Khapri Village, which is located near Raipur in Chattisgarh. The dog’s shrine is located next to a Shivling. According to the local myth, a moneylender was once gifted a dog by a Banjara as compensation for his unpaid debts.

The dog protected the moneylender from some thieves once, who heeded the dog’s loyalty by setting it free. The dog returned to his master, who beat him to death because he thought the dog had run away.

Regretting his actions, he built a memorial on the dog’s grave which later turned into a place of worship.

It’s a sad story, but one that also reflects the faithfulness of an animal that humans sometimes take for granted. Mankind will always be in debt to these furry animals, and the least we can do is respect them and treat them well anywhere we see them.

In Pics: Did You Know There Exists A Town With A Dog As Its Mayor?