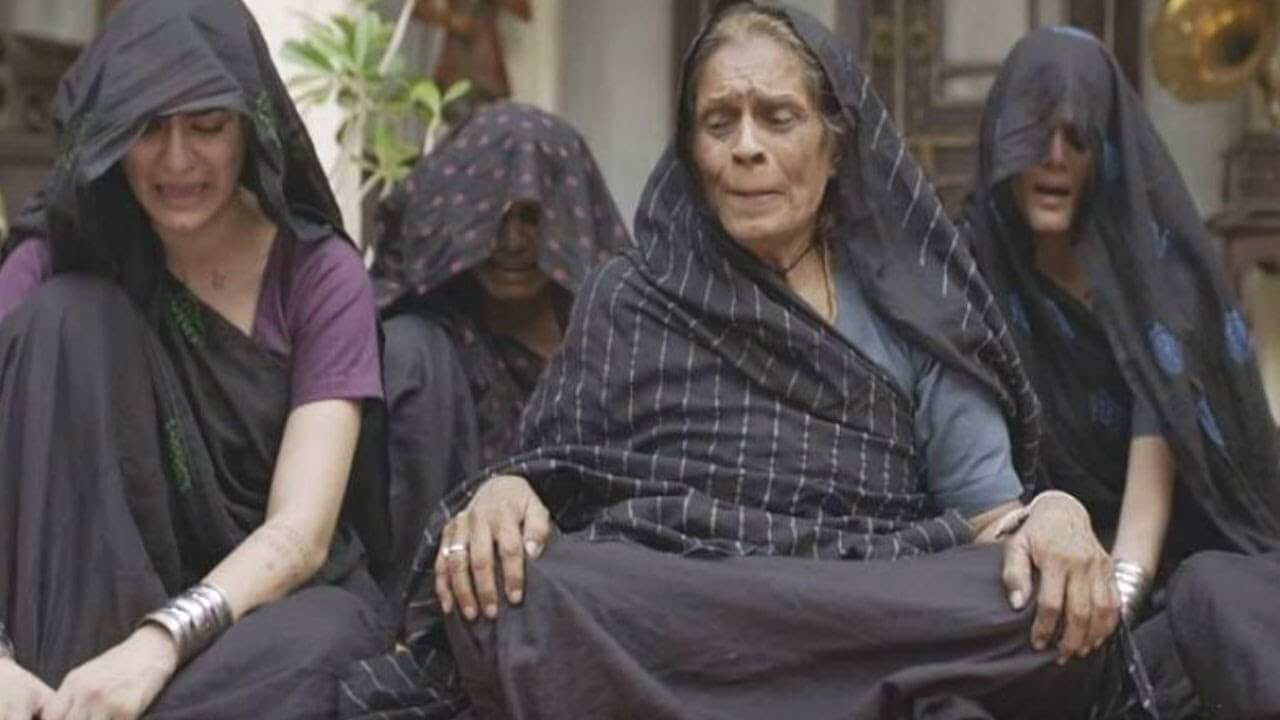 Though many of the urban dwellers will see this tradition of Rajasthan as an oddity, the Rudaali tradition has been well established in most of the rural parts of the state since time immemorial.

In this tradition, women belonging to the low castes are hired for mourning over the death of a person belonging to the upper section of society. Rudaalis come over, cry their heart out, beat their chest and show grief inconsolably.

Since the ladies of the upper-class households are not permitted to show up amidst the outsiders and express their grief openly, so these women are made their substitutes to fulfill the need of mourning.

Rudaalis carry black outfits and a long veil; possibly to hide the contradictory vision of their eyes. Rudaalis are sent with the brides of upper caste as part of the dowry and then they live in small huts near the Havelis for entire life.

They do not have a family of their own and are taken care of by the Thakurs and the landlords of the village; no less than prostitutes. They give birth to the illegitimate child of the upper-caste men and if it’s a daughter then she also bears the stigma of this community and is pushed to be in this profession and the loophole in the fabric of equality seems to get bigger every time. 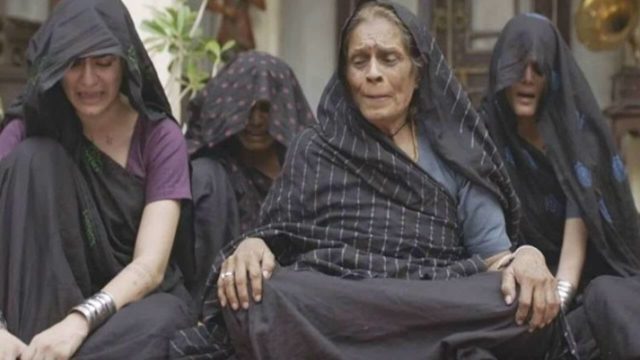 Read More: Watch: Tracing The Role of Women In Protests, From Past To Present

The hiring of Rudaalis is more of a status symbol for the wealthy sections of society. Louder the cries, more will be the discussions about the family of the deceased person in the neighborhood.

In her book- THE LOST GENERATION, author Nidhi Dugar Kundalia has put excerpts from her conversation with a Thakur of a village which shows the degraded value of these professional mourners in the eyes of misogynistic rural society and proves how marginalized this community of women is considered, leaving them to lead a life with no dignity.

Earlier the Rudaalis used to be paid Rs. 5-6 for a show of grief which would last for the whole 12 days since the death, along with some leftover chapattis and raw onions and some other valuables if they manage to impress the family by the scene of shedding economical tears!

The Rudaali tradition is not as prevalent now as it was some 30 years ago, due to the technological advances and modern outlook taking over. But since it was a profession for a certain group of women in every other rural part of Rajasthan, the Rudaalis find it hard to make their ends meet by practicing this profession now.

The hope is to see these women find another source of earning which comes along with a better standard of living.

Meet The Hyderabad Based Engineer Who Creates Petrol From Plastics