Home Politics The Teesta River Dispute Between India & Bangladesh – Will It Ever... 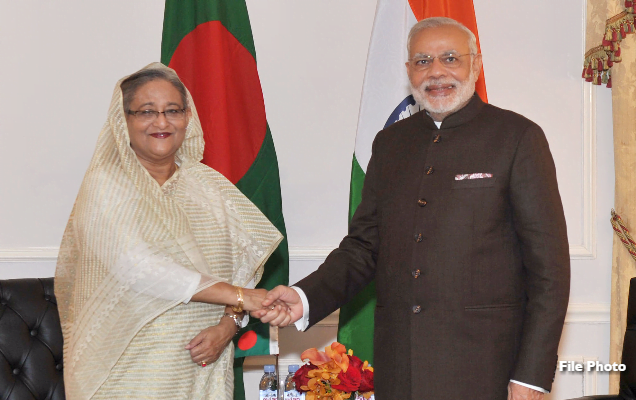 The Teesta River dispute is one of the more contentious issues that has been plaguing the relationship between India and Bangladesh. The Teesta River is a 309 km long river and forms the border between India and Bangladesh. It flows through the cities of Rangpo, Jalpaiguri and Kalimpong and joins the Brahmaputra in Bangladesh.

The flood plain of Teesta River covers about 14% of the total cropped area of Bangladesh and provides livelihood opportunities to approximately 7.3% of the population.

The origin of the dispute dates back to 1947 when the demarcation between West Bengal and East Bengal was taking place. East Bengal wanted Darjeeling and Jalpaiguri districts as they are the catchment areas of Teesta river system.

This would be hugely beneficial to them. But Congress and other political organisations opposed it vehemently and in a swift turn of political events, both the districts were awarded to India on the grounds that they were Non-Muslim majority areas. With the Teesta river fiasco being sensitive in the heartland of West Bengal and Panchayat elections due next year,  Mamata Banerjee isn’t ready to budge on the demand for sharing of water. On top of that, it would affect the irrigation in Bengal adversely.

According to the new proposed agreement, Bangladesh would receive about 48% of the Teesta water which is about around 33,000 cubic feet per second (cusec) of water annually. Such a step would bring down the irrigation levels in the areas of Darjeeling,  Jalpaiguri, Coochbehar, South and North Dinajpur.

Also Read: One Year Of The Flyover Collapse In Kolkata And Nothing Has Been Done

The X- Factor for International Relations

Slowly and steadily, China is gaining an important economic control over all the Asian countries through its much talked about One Belt One Road project.

China recently pumped in $24 bn in Bangladesh while India invested only $2 bn. This speaks volumes of China’s intention to garner the support of the subcontinent countries against India.  China’s intimate relation with Pakistan is well known to everybody.

If India lags behind in pleasing its neighbours, it can surely forget about being, “The superpower” even in Asia.

Sheikh Hasina is under pressure to reach an agreement with the Indian Government as the opposition is on her heels and she has been branded as a puppet by them. But at the same time, the terms of the new proposed agreement would never be accepted by Mamata Banerjee.

Interesting times lie ahead regarding this issue. Will India prioritise International relations over domestic well-being?