War is a time when the human rights crisis deepens in countries and the people who suffer the most are either military men or people living in the war-affected areas. While India did win the war of 1971, we did not demand any piece of land of Pakistan for our own. Rather, we granted independence to Bangladesh and gave them recognition in international forums to make their independence legitimate.

A Brief Overview Of The War

The Indo-Pakistan war of 1971 was a result of the Bangladesh Liberation war started by the inhabitants of East Pakistan. Bangladesh, earlier known as East Pakistan, was that part of Pakistan which neighboured India and Burma. 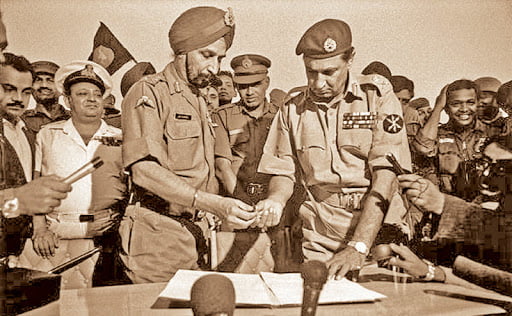 When the international community failed to extend their support towards the liberation of East Pakistan, Indian Prime Minister Indira Gandhi declared full support of the government towards the independence struggle.

On 3rd December 1971, Pakistan raided the Indian airspace with not more than 50 aircrafts and launched pre-emptive strikes in eleven airfields in north-western India. Calling the strikes a declaration of war, the Indian Prime Minister ordered the Indian armed forces to retaliate in equal measure.

On 16th December 1971, Pakistan surrendered by officially signing the Instrument of Surrender of Pakistan Eastern Command stationed in East Pakistan. The war ended with India officially taking around 93,000 Pakistani soldiers as Prisoners of War.

Read Also: This Vijay Diwas Let Us Take A Look At How India Won The Indo-Pakistan War Of 1971

What Happened To The Prisoners Of War?

POWs cannot be killed, harmed, tortured or forced to give information. However, often, the POWs are the ones who suffer the consequences of a war for the longest time.

During the 1971 war, India took 93,000 POWs and returned them to Pakistan over the years. However, India wasn’t the only country who took POWs. Rumour has it that Pakistan detained 54 Indian army men during the 1971 war and did not declare them as POWs. The Indian government also disregarded these ‘missing 54’ by saying that they either went missing or died during the war.

Though both, the Indian and Pakistani governments have unanimously refused to call the missing army men prisoners of war, claims exist that these soldiers are languishing in the Pakistani prisons. The Modi-led government has informed the parliament that Pakistan has 83 Indian soldiers in their custody, including those missing 54. 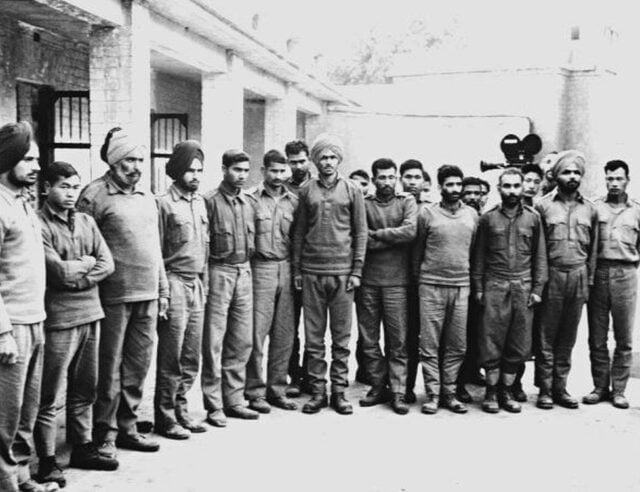 Senior journalist Chander Suta Dogra has also researched the story and has written a book titled ‘Missing in Action: The Prisoners Who Never Came Back’. Her book mentions how the Indian government failed to discharge its duty and even declared 15 out of 54 soldiers as dead in official affidavits. Victoria Schoffield also mentions the poor condition of Indian POWs in Pakistani jails in her book ‘Bhutto- Trial and Execution’.

Declassified records of India’s Ministry of External Affairs state that in the two-country meeting in Murree in 1984, Pakistan admitted that it has security prisoners by similar names. The term ‘security prisoners’ is often used to call prisoners of war spies.

According to Colonel NN Bhatia (Retired), even the former chief of the US Air Force had revealed that several Indian soldiers were in Pakistani jails. Ram Swaroop, father of Major Ashok Suri (POW believed to be in Pakistan) has also claimed that he received letters from his son stating that he was in Karachi jail along with 20 other officers.

Another testimony comes from smuggler Mukhtiar Singh, who was released from a Pakistani jail in 1989. He mentioned that Captain Ravinder Kaura was in the same jail as he was. He also said that Major Ashok Suri was in Kot Lakhpat Jail at that time. Another released prisoner, Roop Lal, made similar claims about Indian POWs in Pakistani jails.

The story doesn’t end here. There are more proofs to the matter. Daljit Singh, who was reprimanded from Pakistan in 1988, claimed that he saw Flight Lieutenant V.V. Tambay at the Lahore Interrogation Centre in 1978. This can be confirmed by the fact that a Bangladeshi Naval officer, who met with Tambay’s wife, also claimed that he saw him in Lyallpur Jail.

Another testimony comes from Times magazine. The December 1971 edition of the magazine carried a picture of an Indian prisoner in Pakistan who was identified as Major A.K. Ghosh who never returned home from the battlefield.

Despite the plethora of proofs and documents, the Pakistani government has failed to recognize the existence of these POWs, let alone grant them their human rights. The Indian government, over the past 50 years, has miserably failed in bringing back these sons of Indian soil. Unfortunately, the last sightings of these POWs date back to 1988. While the families of these brave hearts are waiting for them, they may never return.

For a country like India, it is a shame that Indian soldiers were abandoned and allowed to rot in the jails of the enemy without any consular support or human rights protection. The war was a victory for the country but the POW condition is a failure of the government.

Know All About India’s Most Badass War Hero: Sam Manekshaw Whose Last Words Were Inspirational