Home Sports The Game Of Polo Was Born In Manipur Before The Britishers Influenced... 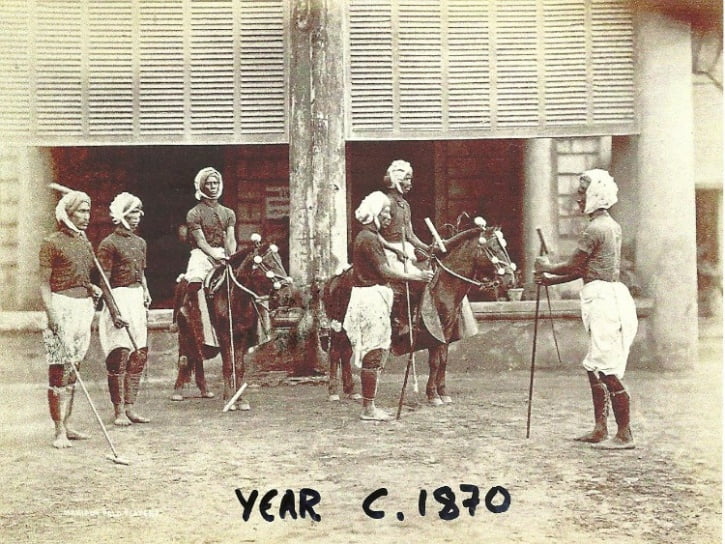 The pompous game of Polo has been an integral part of Manipuri culture through centuries of Meitei civilization. Traditionally known as Sagol Kangei (sagol meaning pony and kangei is a game of sticks), this game bringing together horsemanship and stamina originated in the northeastern state of Manipur in 3100 BC.

The Britishers took a keen interest in the game played by the kings and princes of Manipur exporting it to other countries which picked up global popularity in the later years.

Still, find it hard to believe?

Polo is one of the three forms of hockey played in Manipur. The Marjing temple atop a hill in Imphal is dedicated to the God of Horses, Iboudou Marjing perched on a winged pony. Besides, the oldest living Polo ground in the world known as Mapal Kangjeibung is located in Manipur.

The genesis of the game is also accepted by the Guinness Book Of Records in its 1991 publication claiming Manipur to the birthplace of Polo.

You Can Also Read: Was Albert Einstein Actually Happy With All The Fame That Came His Way?

History Of The Polo Game

The history of Polo in Manipur is lost in rituals and myths. The first polo match was organized between the royal friends of  “King Nongda Lairen Pakhangba” in 33 A.D.

Around 1854 or later, English tea planters in Cachar (Assam) learned the game from the ethnic Majority Meiteis and Manipuri exiles shaping the modern day Polo.

In fact, the popularity of the game is credited to Lt. Joseph Ford Sherer of the British Army’s Sylhet Light infantry who formalized the modern Polo in the 18th century.

The English officers established the first polo ground in India in the town of Silchar (Assam).

The defunct club has stories about how it raised a Polo team by the name of Band of Brothers and shipped the ponies to the city of Kolkata.

The second polo club was established in Kolkata in 1862 with the officers enthusiastically imbibing the game to the principal cantonments of Northern India mainly Peshawar.

The Surviving Polo In Manipur

The Polo game in Manipur traversed through the uncertainties of time by depending on royal patronage. The Mapal Kangjeibung is different from the modern Polo ground as it has no goal posts.

There is a low bank around the fair side of the turf and striking the bamboo-root ball on either side of the field counts as a score.

The Manipuri Horse Riding And Polo Association (MHRPA)  responsible for the independence of the polo ground and it’s maintenance organizes state-level matches and annual sporting events hosting around seven international polo teams- Mongolia, France, Thailand, Poland, South Africa, the US and the UK.

The players, as opposed to the international style, have to ride a Manipuri pony without saddles or reins. Each side has seven players instead of four and a ball thrown by the referee can be caught and stuck on the other side.

Unlike the rest of the country, Polo is not limited to the elite classes in Manipur. It is rather a commoner’s game with almost every village having a polo ground constructed under royal patronage.

The Manipuri Pony is on the brink of extinction following rapid urbanization and encroachment on wetlands, leaving no ground for grazing. With their numbers dwindling, the game is in peril.

This unique breed known for its endurance, elegance, and speed is a growing concern with the rising death rate from accidents as they roam around feeding off garbage. With mounting pressure on the State Government, there have been proposals to set up a sanctuary for the stray ones.

The Manipuris bear a close relationship with the hardy ponies with Meitis taming them since time immemorial.

International sporting events hope to bring their plight into the limelight but the question of survival still flickers with a game being solely dependent on the breed.

From Schrodinger’s Text To Nerdjacking: Ten Urban Dictionary Words That Are Trendy Now