India is pacing up its COVID-19 vaccination program to shield the people from an anticipated third wave. The second wave created havoc in the country where countless lives were lost, innumerable families were destroyed, and the economy declined.

Vaccination and following social distancing norms are the only ways to avoid the repetition of such a thing.

However, it is a curious case of how India must have got its first-ever vaccine.

How Was The First Vaccine In The World Developed

The world suffered due to smallpox for a considerably long time. Scientists believe that it emerged somewhere around 10,000 BC. The first evidence comes from Egypt, where the mummies of people who died around 3000 years ago show clear signs of infection.

India witnessed a smallpox epidemic back in 1545 AD in Goa. Approximately 8000 kids passed away. Some historical texts refer to smallpox as the “Indian Plague”, suggesting that it spread its roots in India very early in history.

Its vaccine was the first one to be developed in the world in 1798. Edward Jenner, an English physician, observed that a person inoculated with cowpox virus showed only mild symptoms and was protected from getting smallpox infection in the future. Clinical trials were conducted in 1799 that showed promising results.

This observation led to the discovery of the smallpox vaccine, which later spread to Eastern countries as well. It reached India in 1802. 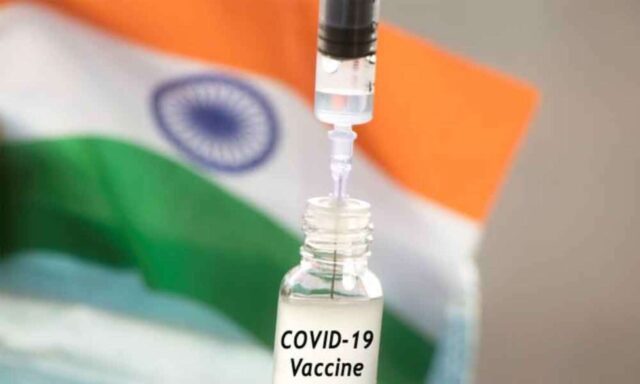 However, a crucial problem prevailed pertaining to the lack of cowpox. Hence, to develop vaccines, the vesicle rising on the arm of a vaccinated child provided the lymph for other children.

But, it was hard to maintain the necessary temperature conditions while transferring the vaccines by sea to India. This problem was overcome when improvements in packaging led to a smoother transfer of viable vaccines to India.

Read More: From Polio To Covid Vaccine: How India Went From Getting Aid To Giving Aid

It was a three-year-old kid from Bombay (now Mumbai) called Anna Dusthall who became the first person in India to get jabbed. The vesicle rising on her arm was used to vaccinate other kids too.

You would be surprised to know that the stock derived from her was used for inoculation for 20 years!

Associated Problems And How Were Those Overcome

A small fee was mandated to get inoculated that discouraged many people to come forth for jabs. Many Hindus opposed it because they believed that the vaccine came from cows, which is a sacred animal.

Many believed that it was the wrath of the Goddess of pox and resisted vaccination.

It was the Indian queens who modeled for the smallpox vaccine in India. The ruler of the Southern Kingdom, Krishnaraja Wadiyar III’s wife Devajammani was portrayed in the painting commissioned by the East India Company.

Wadiyars were indebted to the British, for they were brought back on the throne after 30 years in exile thanks to them. Even though the news of Indian queens posing and smiling in front of an Englishman for a portrait was scandalous, the Wadiyars seemed to have no other choice.

Initially, the painting was known to portray dancing girls, but later it was discovered that the woman on the right was actually a Southern Queen. The woman on the left was the king’s first wife and also called Devajammani. 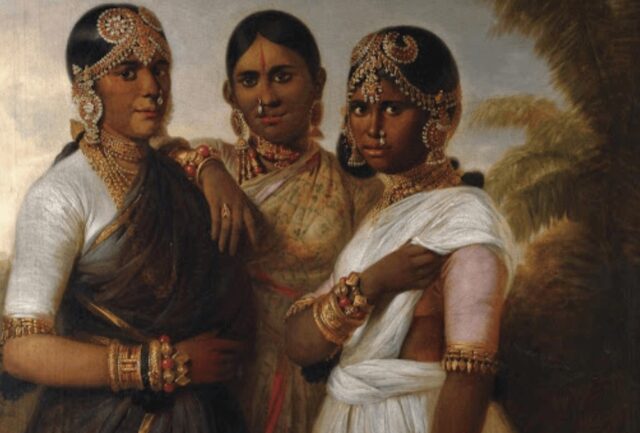 Their vaccination influenced the common masses to get vaccinated too.

Now the world is grappling with COVID-19, and the government is making efforts to increase awareness among the people. Back then, it was the portrayal of queens. Now, it is the social media influencers, celebrities, politicians, who come to the fore to influence people for the same.

Why Are Travellers With Covishield Or Covaxin Vaccinations Not Getting Travel Permits?