Anoushka Shankar is one name that does not really need an introduction. 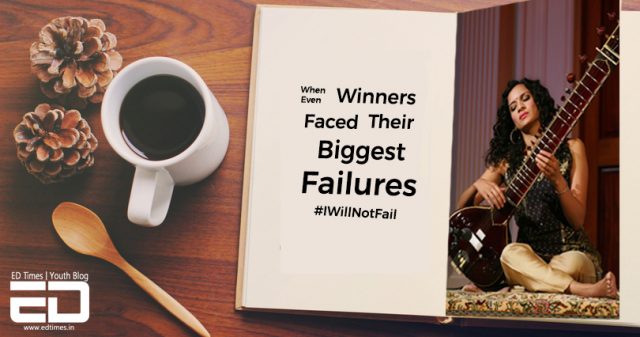 She is an acclaimed sitar player, and was the youngest woman to be nominated in the World Music category at the Grammys in 2003.

It is not just the patronage and guidance that she traces to her father which has enabled this, but also her own grit and determination to make a name for herself in the music industry.

So much so that she decided to not to pursue college, solely to dedicate herself to music.

While you might think that she did not have to go through struggles because of her overachieving parents, these things confirm that everyone has their own set of failures, setbacks and anxieties.

The Anoushka Shankar Story is one of the best examples to know that no life is full of its own share of problems.

1. Six times nominated for the Grammys but has not scored a win

And the recent being Grammys 2017 which she lost to Yo-Yo Mama in the World Music category. It is difficult to believe that an accomplished artist like her would have ever lost an award in her life.

But think again – even if she wins a Grammy now, it will not affect her upcoming music journey because she has already carved out a niche for herself.

Awards are not important, guys. Making yourself heard to an acknowledging audience is.

2. She ventured into acting too

Anoushka Shankar did try her hands in acting in a movie called Dance Like A Man. The movie was obviously so bad that many critics cited it as a tactic by production companies to bank on budding international artists for their own gains.

Shankar did not foray into acting again and concentrated on her musical career.

Anoushka Shankar began her sitar career at the age of 7. But the journey was never so easy. Shankar suffered emotional and sexual abuse from a person her family placed its trust upon. Encountering sexual abuse is a traumatic experience in itself, and it affects a child deeply.

Women are prone to abuse anywhere and everywhere. We can only imagine the trauma of the abuse affected her musical ability or continues to affect it still because it is something extremely difficult to emerge from.

4. The events of blackmails

Being in the public eye is a risk in itself, and Anoushka Shankar probably knows about it. In 2009, there were a series of blackmails that she received from a Mumbai-based businessman who had hacked into Shankar’s private account and extracted her personal photographs.

An official claimed that in one of the emails, he demanded a sum of $100,000. By not replying to the controversy at all, Anoushka set an example of how to never let some negative elements affect what you stand for.

I am sure that if at the same time, someone had asked Anoushka about her next concert, she would have happily replied to it.

Millennials, take notice. Whatever happens, don’t get distracted. Stay focused, stay determined. If something overshadows your work, it is only because you allow it to.

5. The very fear of failure

I think this is the most important point that the youth is grappling with today – you don’t experiment because you believe you will be a failure at it.

Anoushka Shankar had been battling this fear of failure for a long time. In numerous interviews, she has often said how the media glare is always on her, and the fear of not keeping up with her father’s legacy prevents her from experimentation.

But that is just a figment of worry. Shankar has done numerous fusions – be it Indian classical and flamenco, or sitar and electropop. The result is unforgettable albums.

Whenever asked about her success, Anoushka Shankar always quotes a story which George Harrison once told her in recording sessions – “It was about two frogs. He said they both fell into a pot of milk, and one of the frogs, a pessimist, gave up straight away and drowned. The other frog kept trying to jump out, even though he failed again and again. He tried for so long that eventually all his jumping and swimming churned the milk to butter, and he was able to jump neatly away. I don’t always believe there’s going to be a happy ending to every event in my life. However, I act as if there might be, as without that shred of hope I wouldn’t keep on trying.”

A lot to learn.