HomeFinanceSubramaniam Swamy Is The New KRK & Raghuram Rajan Is Our Dark...
Finance

Subramaniam Swamy Is The New KRK & Raghuram Rajan Is Our Dark Knight: Here’s Why

A Harvard schooled economist and flagbearer of Indian Statistical institute, (Hon.) Subramaniam Swamy has once again made a “mentally not fully sound” argument. No news is complete without Swamy’s customary curse but this time he is up against the “Rockstar” of Indian economy.

Calling for the sack of Raghuram Rajan, I personally think Swamy is no less than KRK, the only difference being that Swamy had the privilege to get sacked from Harvard. For a man who had the audacity to say that bad loans have doubled over the past decade as Rajan is not fully Indian, does Swamy’s economically erroneous letter to the PM prove that he is controversy’s own child?

GO BACK TO SCHOOL, MR. SWAMY

Swamy in his letter points out that when the W.P.I. inflation started to decline, Rajan shifted the target from W.P.I. to C.P.I. which hasn’t declined due to stagnation in retail prices. The only stagnant thing here is Swamy’s economics acumen as considering W.P.I. inflation is no less than juking inflation numbers. W.P.I. excludes prices of services such as education, healthcare, and rents which account for nearly 60% of G.D.P..

W.P.I. assigns nearly 15% and 10.7% weightage for the fuel group and metal and metal products group, respectively. Any sharp movements in international prices of fuels and metals lead to sharp changes in W.P.I. which make it difficult to gauge the underlying inflationary pressures. The same mistake was done by the U.P.A. government in 2011 which lead to near 10% inflation rupee free-fall. Perhaps, Swamy was too busy filing a petition against his teachers in economics class. Being the RBI governor, Rajan “does what he does” to answer his haters and economics constraints. Inflation control being the key focus of Rajan’s macroeconomic moves was hit hard by Swamy. He reckons that the “not fully Indian” governor has jeopardized small businesses by raising interest rates to fight inflation. So according to the B.J.P. MP, we need to reduce rates to fight inflation?

Turkey’s central bank in March reduced its overnight lending rates to 10.5% despite persistenly high inflation to temporarily feed the industry and their stock index. But this horrible monetary tactic haunted them back with a steep rise in monthly inflation. It seems like Swamy wants Rajan to go against basic laws of demand and supply so that he can also see someone getting sacked in his life.

BAD LOANS AS RAJAN ON A GREEN CARD? GET READY FOR THE SACK, SWAMY

Due respect but how can someone be so inaccurate when one is writing to the Prime Minister? Swamy points to the fact that bad loans have doubled to Rs. 3.6 lakh crore over the past two years as proof of Rajan’s incompetence.

It’s like saying that Sensex ended the year 2015 in red not due to China slowdown but the investors were incompetent, perhaps not real Indians. According to Swamy, this is not because banks have been forced to recognize them but because we have a central bank governor who is in this country on a Green Card provided by the U.S. government and therefore mentally not fully Indian.

It can’t be denied that the RBI governor has displayed his political immaturity by questioning the veracity of India’s growth estimates and blatantly criticizing the education system of the country is useless but where is it written that an RBI governor has to be play an active part in country’s politics or like Swamy’s quotes on Twitter?

As the RBI head, Rajan has proved himself time and again by predicting the global economic meltdown and the “Fault Lines” of our economic system. He criticized loose monetary policies like negative interest rates and competitive devaluation of currencies a year ago. Japan and China didn’t listen and are now going places for emergency stimulus. It’s time that Subramaniam Swamy realises the fact that Raghuram Rajan is our dark knight. We don’t deserve him but we need him right now. But we don’t really need “Jokers” like Swamy who just want to put a smile on that face.

Raghuram Rajan Wasn’t Scared Of Rocking The Boat, He Does What Is Needed, Without The Fear Of Displeasing People

Facebook
Twitter
Pinterest
WhatsApp
Previous articleOver 400 Institutions Are Named After The Gandhi Family: Is This Only A Gandhi/Nehru Nation?
Next articleSexED: “Guide To Right Sex” for Refugees- Germany Sets Up A Website To Give Sex Lessons To Migrants 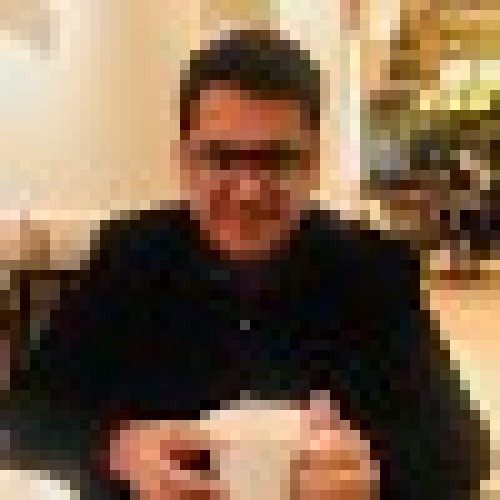