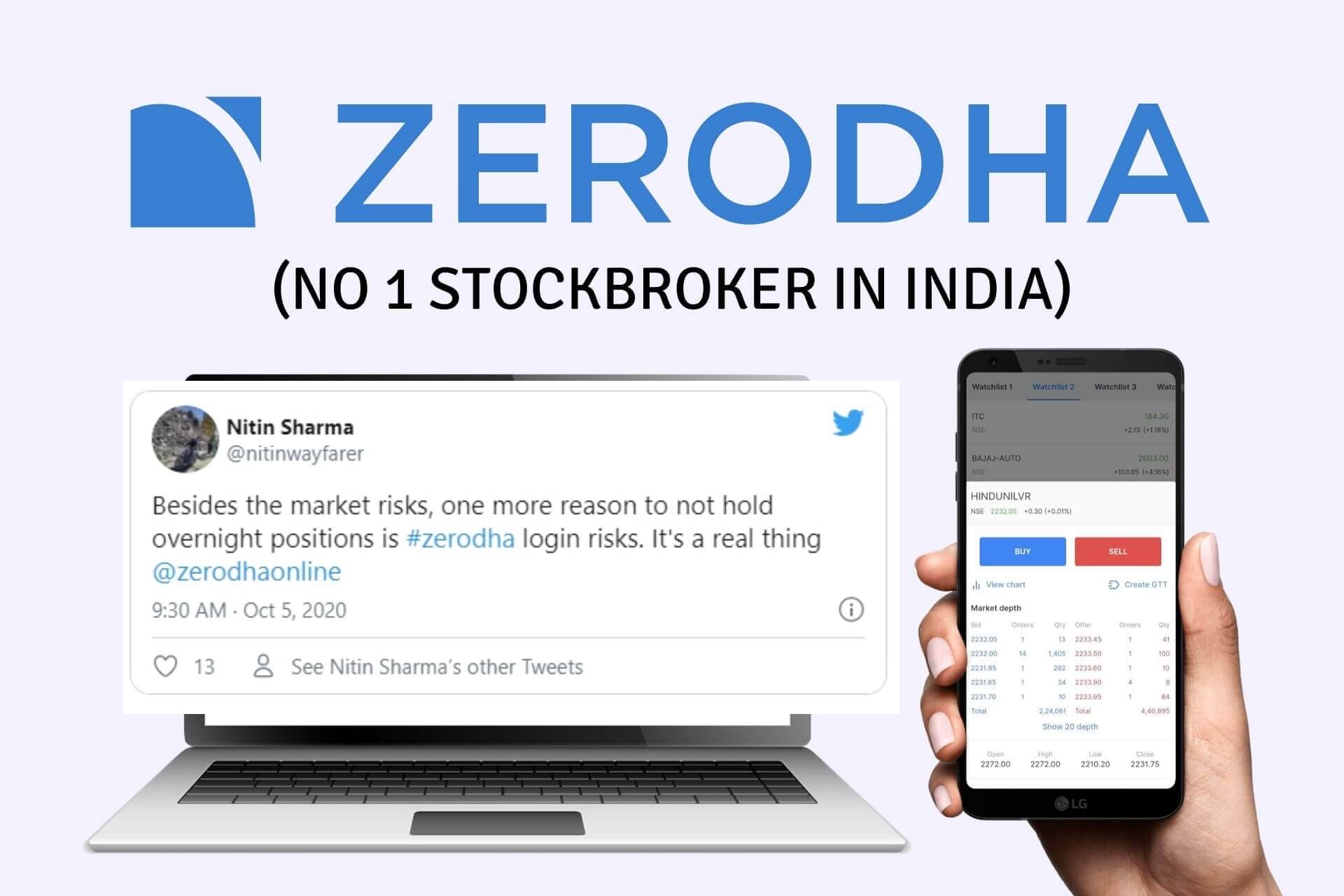 The millennial generation has been making good use of the current lockdown by getting quite interested in online trading and stockbroking.

Although financials have never been a very popular area, usually relegated to finance enthusiasts or older people who have nothing better to do, it is picking up speed with the current generation.

With the lockdown, things have been changing, with the younger generation getting involved in online brokerage, wanting to get some extra money, especially in the current uncertain economy.

Zerodha, an Indian financial service company, is one that has become quite known with many people downloading the app due to its free operations and other benefits.

However, today it has been trending on Twitter for some not-so-good reasons.

Early Monday morning, several people took to Twitter to complain about login issues that their Zerodha website or app was giving them.

Many customers of Zerodha posted on Twitter on how they were unable to access their accounts and that the website kept showing them a 504 Gateway Timeout server error.

Zerodha posted on their Twitter page, acknowledging the issue and stated that, “You may face issues while trying to log into Kite intermittently. We are working on fixing this. Order placement is working fine if you’re already logged in.”

A big reason that people complained about this was because the problem happened during trading hours and many posted on social media about how they lost their position or were unable to trade and thus losing out on money.

The word ‘zerodha’ has been trending on Twitter since the morning this day, with a lot of its users complaining about the app and its various issues. 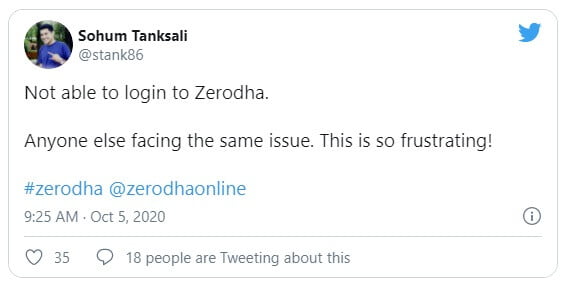 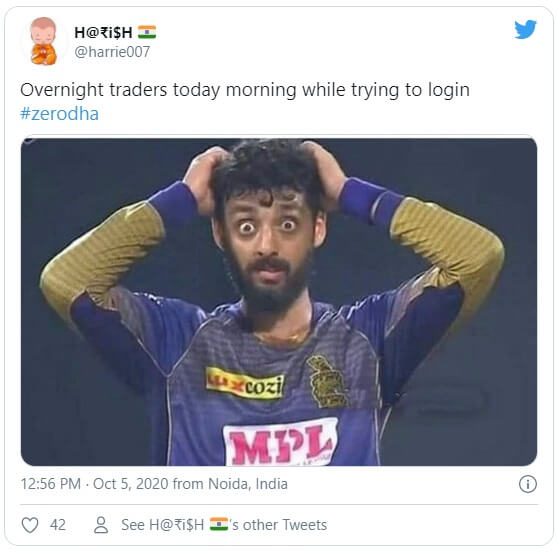 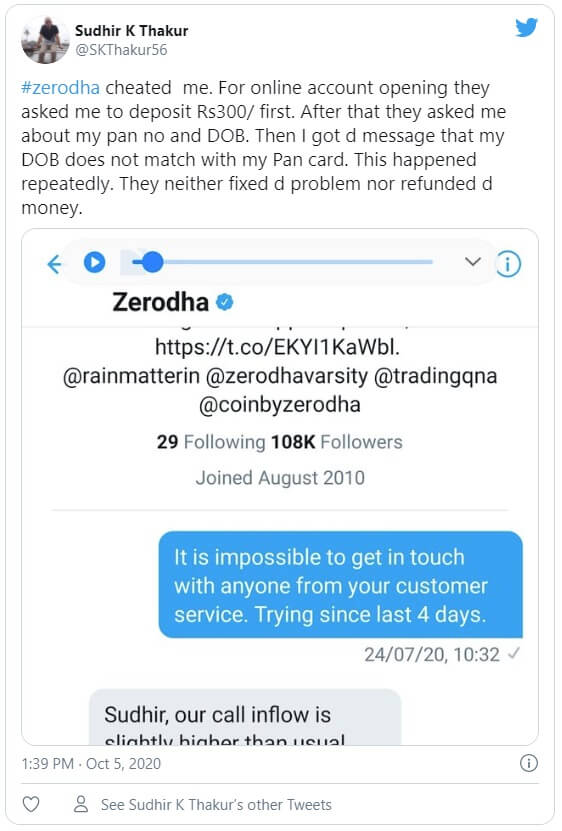 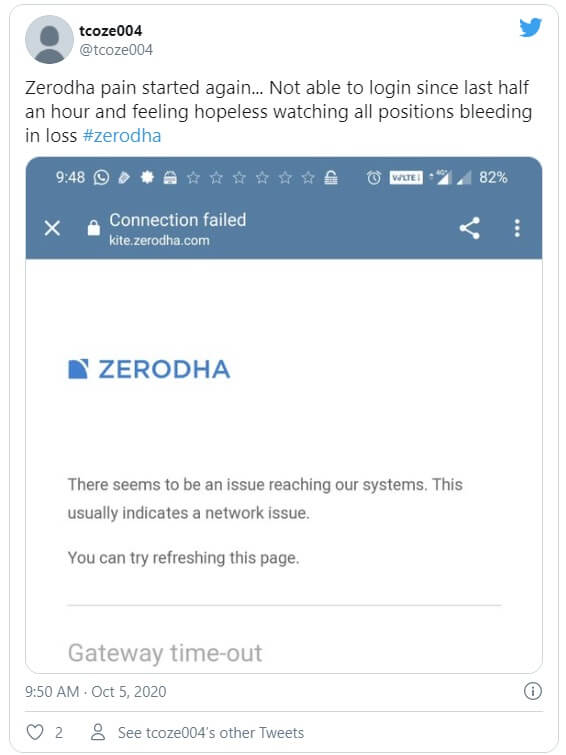 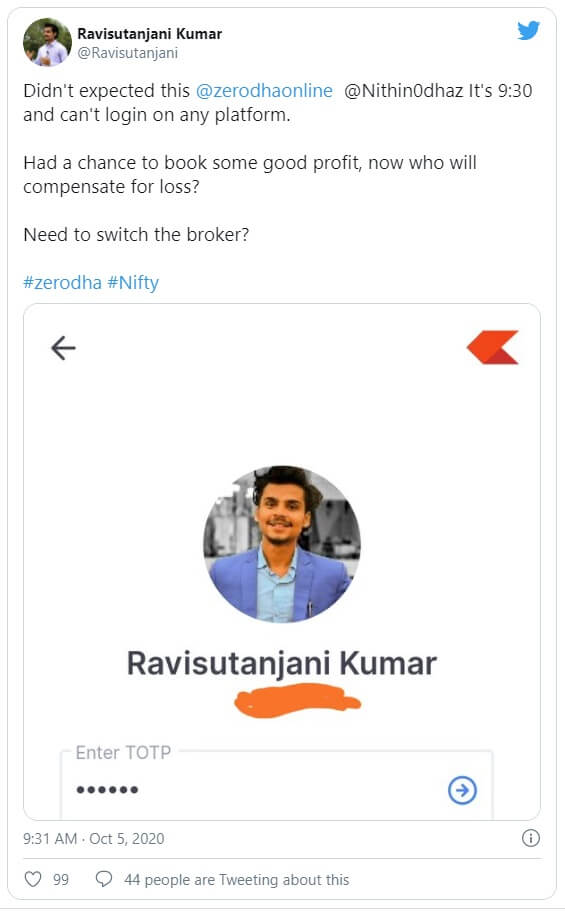 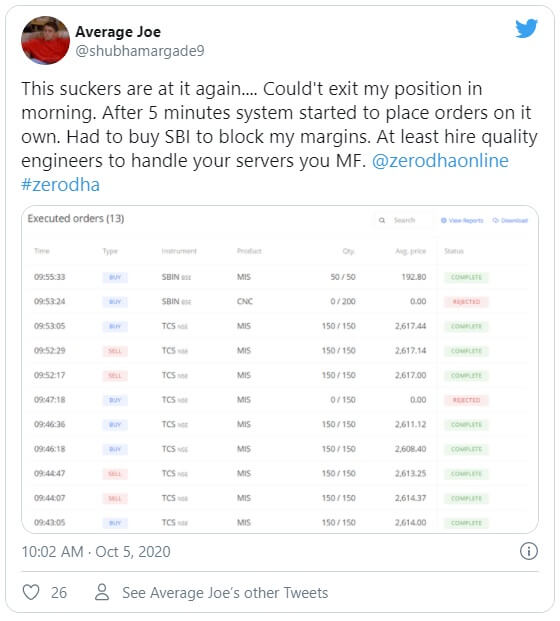 Some users retorted to making memes about this whole situation and at the least getting a good laugh out of it. 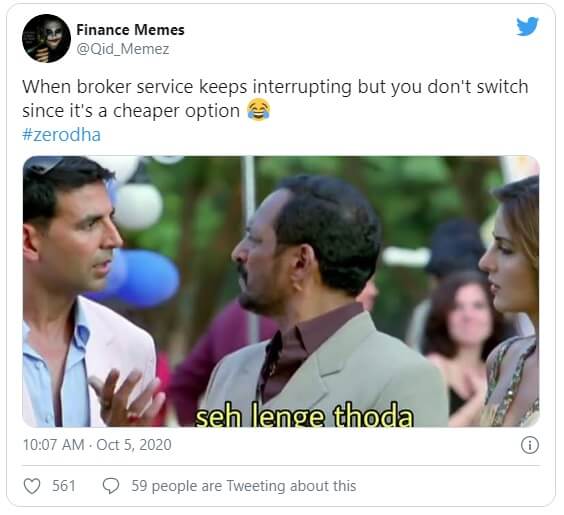 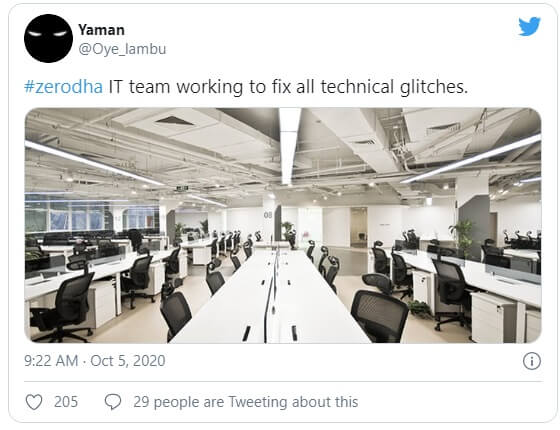 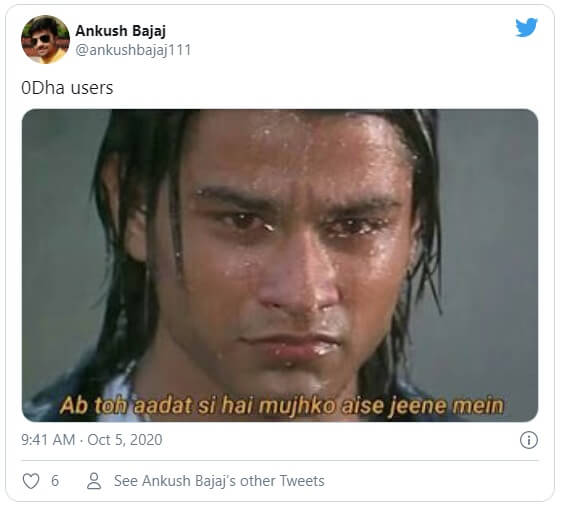 Apparently, login issues and even security problems are nothing new for the app.

Recently, an acquaintance on a WhatsApp group also spoke about how there was some data theft that occurred, over which they even lost a small sum of money from their account.

They stated how they had tried to trade on Kite by Zerodha and how their data was compromised and they became a victim of identity theft. Because of this, they had to change their phone number and email ID among many other things.

They initially joined it because some of their friends were doing so, but due to certain things, their Aadhaar number, PAN number, bank statements and more were all compromised.

After this experience, they also stated how another one of their friends had a similar experience and relayed that online stocks in today’s time are extremely unsafe.

Eventually, they also revealed that a small sum of money had already been withdrawn from their account, and they were doing damage control now.

A Twitter user in 2019, also posted about the security issues with Zerodha, with user @nklvijay also pointing out how the data is not encrypted in the replies. 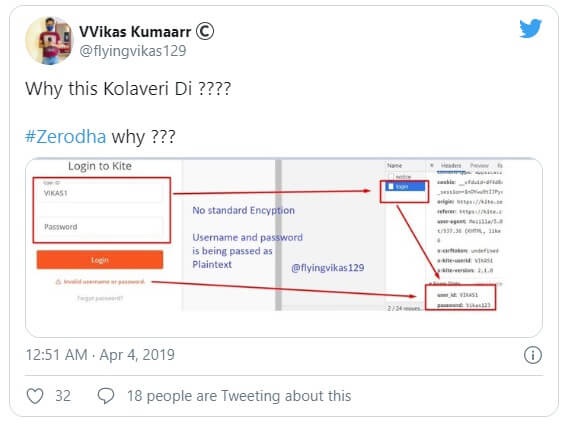 Other users also commented about security issues with the app. 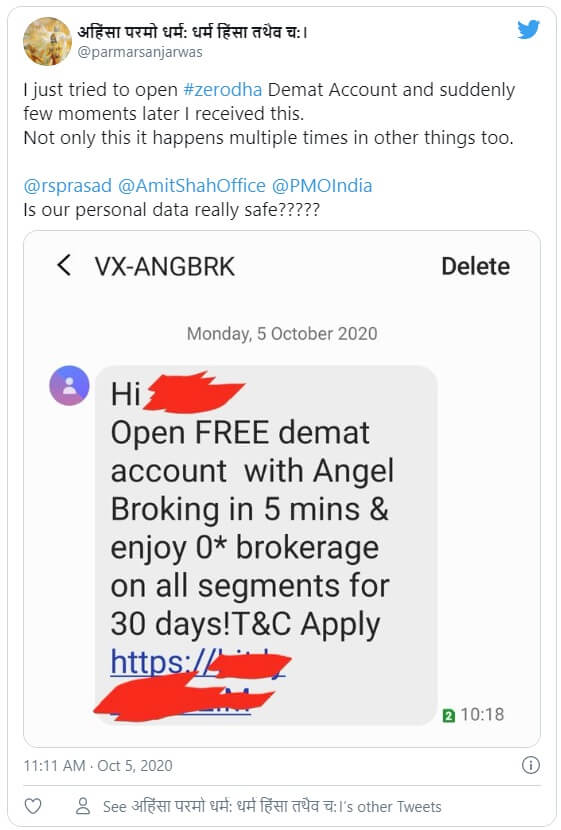 It seems that Zerodha should be focusing a bit on making their platform secure, and people into stockbroking should also be extra careful when giving away their data.

FlippED Anjali Tripathi - November 29, 2021
FlippED: An ED Original style wherein two bloggers come together to share their opposing or orthogonal perspectives on an interesting subject. Online courses have become quite...