The news of 4 DU students being booked for stalking, criminal intimidation, and intention to insult the modesty of a woman has broken out in the midst of 2 heinous rape cases still awaiting some news.

But it all makes more sense when you get to know that the woman in question for the booking of these 4 boys is none other than Union Minister, Smriti Irani.

Apparently, as per sources, last year in April 2017, the 4 DU students had been detained at the Chanakyapuri police station after Irani contacted the Delhi Police control room and reported how they were following her car while she was returning from the Indira Gandhi International Airport.

The students were said to be declared drinking and are alleged to have not only chased Irani’s car but also used ‘unwanted’ words and gestures. Now the Delhi Police, almost a year after the incident has filed a chargesheet against the accused. Why Focus On This When The Kathua and Unnao Rape Cases Are Pending?

Let me just make it clear that at no point am I denying the gravity of stalking and the kind of scare it gives you, but I do want to question as to why suddenly focus is being given to this instead of the 2 more high profile and severe rape cases that has the entire country in an uproar.

Even the current action that is being taken for both the rape cases has been borne out of the public pressure who are angry especially over the child gangrape of 8-year-old Asifa in Kashmir.

But what is puzzling me is why exactly no benefit of the doubt being given to the students? Surely if our politicians can support rapists and criminals, then they can try and see the innocence of such students whose ‘career and lives could get destroyed by such allegations’.

I mean if politicians can attend rallies held in support of the Kathua rape case accused then it is not far off to think they can even support these students. Because according to our history, politicians seem to be very protective of our rapists and criminals, then by the same standard they should also shield these accused students. But surely since it has a minister as the victim involved there is hardly any comment which is either victim shaming or supportive of the accused.

Read More: What Did Devdutt Pattanaik Get Right & Wrong About The Left And Right Wing?

Harassment Can Happen To Anyone

This just shows that even someone as powerful as Irani can be victim to mental harassment by what looks like a much much-diluted version of stalking.

But if something like this can create an impact on a politician of her stature then imagine the kind of danger and scare that normal girls who might be facing this harassment from potentially harmful elements feel especially when they don’t have this kind of power and money to back them.

And perhaps more than anything it is time that our dear women politicians wake up to the wrongs being done in our society and call it out.

Whether it be on this issue or even for the Asifa case where most of them were silent until PM Modi commented on it all. Smriti Irani herself is said to have driven off when media tried to get her comments on this case but later only commented by saying “Don’t victim shame and politicise.” Instead of offering support to the victim’s family or showing aggression against the accused people, Irani instead tried to put the focus on politicizing and how opposition might be using this as a way to highlight bad things about her party.

Even if late, have to commend Maneka Gandhi and Hema Malini who are asking for death penalty for the accused in the Kathua rape case.

And lastly, the timing of this case coming up has been pretty convenient. As opposition usually says, is this just another way to divert attention from the main issue of the 2 rape cases at hand?

Will Asifa Get Justice If There Is No Child Protection Law In Jammu & Kashmir? 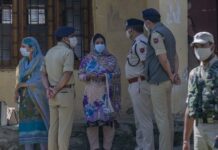