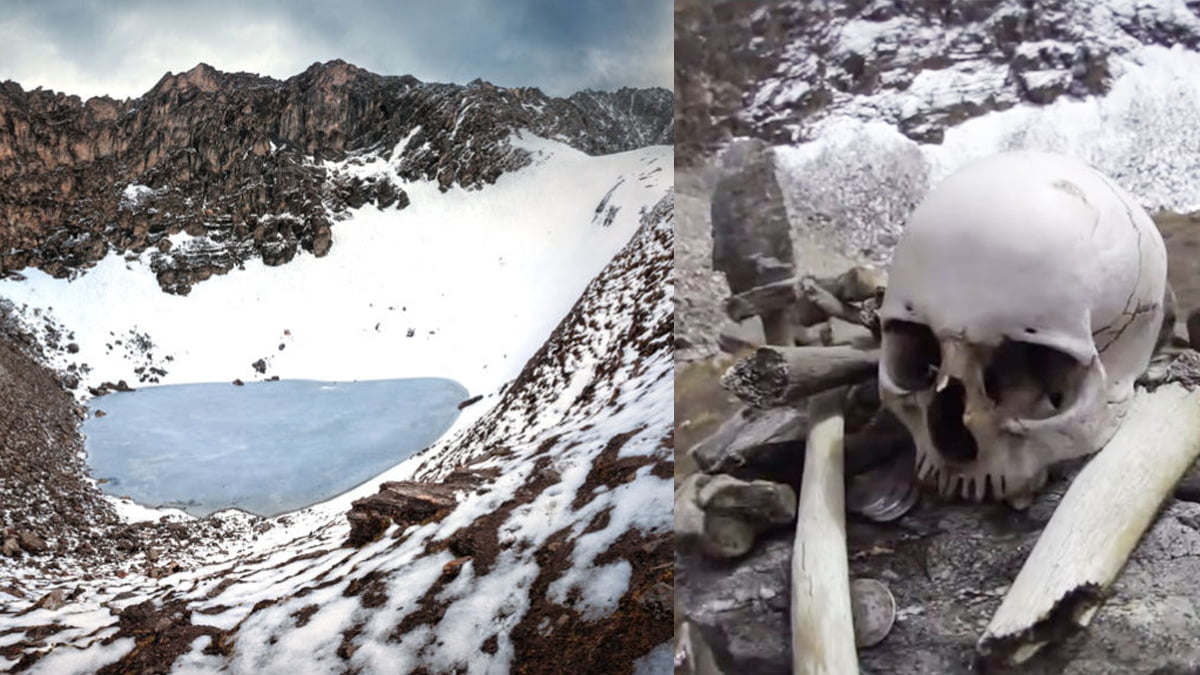 Located at 16,470 feet, the Roopkund Lake- also known as the Mystery Lake or the Skeleton Lake is a high altitude glacier-fed lake in Uttarakhand, India. Although it has been a popular trekking destination for long, in 1942 a British forest-guard found several hundreds of skeletons near the frozen lake of Roopkund.

This gave Uttarkhand’s Roopkund Lake the name of Skeleton Lake, adding a sense of mystery to the already beautiful lake. The news of this discovery intrigued trekkers and travellers from all over the world as they began stepping into the trail to get a sense of adventure.

With the surrounding region playing an important role in Hindu mythology, let’s look at some of the local folklores along with the mysterious scenario in which the skeletons were discovered.

Initially, it was believed that the skeleton bones were of the Japanese soldiers who had died while crossing Roopkund trekking route during World War II and then lost their lives under mysterious circumstances. 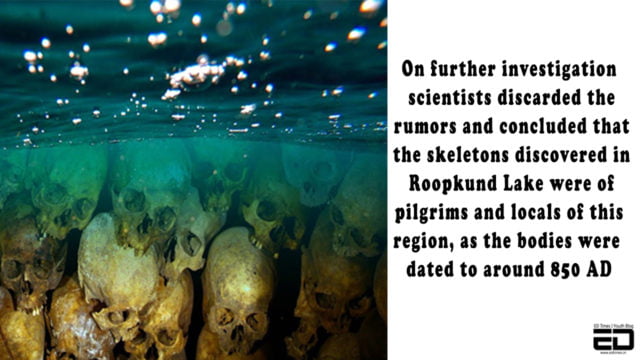 Local legends say that on their way to the pilgrimage to the Nanda Devi shrine, the King of Kanauj, his pregnant wife and his group perished near Roopkund Lake on facing a severe hailstorm, and claim it to be their remains.

Being the Land of Gods, Roopkund and its surrounding areas have lots of interesting mythological stories and folklores related to them. 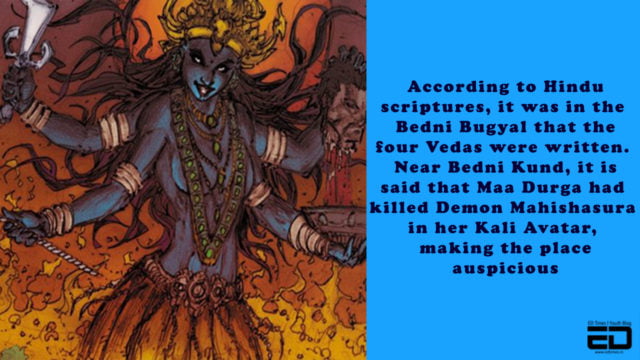 The legends say that, after her fight, Goddess Parvati wanted to clean herself up. To help her, Lord Shiva created a lake with his trishul. He then stood guard while his wife bathed in the lake he created. 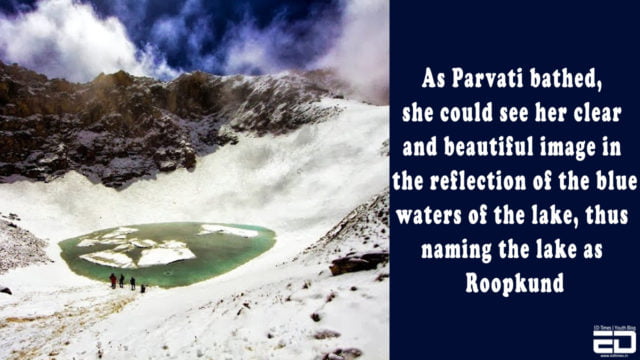 One can see the Roopkund crater from the Kalu Vinayak Pass for the first time during the hike. Legend has it that this is where Lord Vinayak was standing guard while Parvati took her bath in the Roopkund Lake.

Land where Folklore and History meets

The Nanda Raj Jat Yatra takes place every 12 years. According to the locals, a mysterious four-horned ram comes to visit this place during this event. They consider it to be auspicious and a form of God. 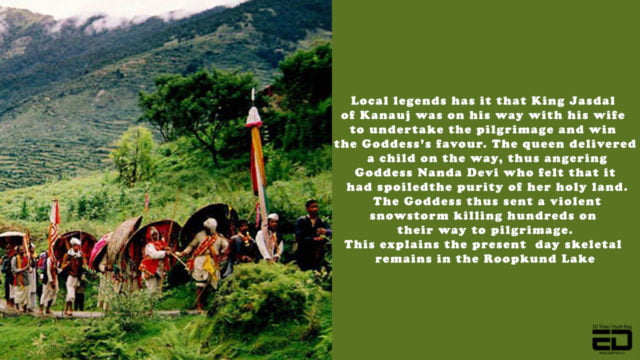 The presence of the king’s pilgrimage can also be seen in Pathar Nauchuni. Translating to ‘Dancing Stones’, one can see a few big stones here. 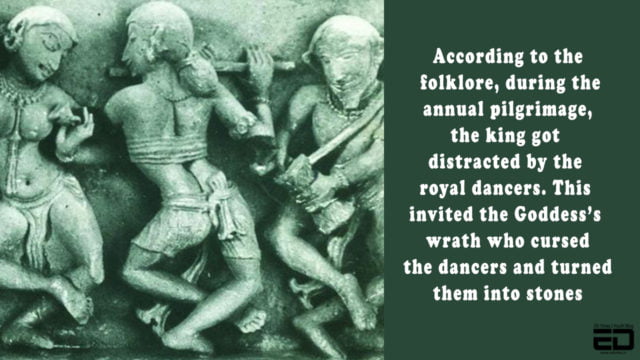 The Roopkund Lake is a magnificent creation of nature. Added to its beauty, the mythological significance and the mystery of the skeletons adds a different kind of charm to this high attitude water body.

Although scientists have concluded that the bones date back to 850 AD, the questions remain, who do they belong to. Do you believe the explanations given by the folklores?