On May 14, Ultimate and BlockBase Foundation held a signing ceremony in Paris, France. The signing ceremony was designed to complete the official acquisition of the blockchain project Ultimate by the BlockBase Foundation. The two companies will carry out in-depth cooperation in many aspects such as blockchain technology, industry development, brand marketing, and community building. They will give full play to their respective resource advantages and ensure the speed and effect of Ultimate development. 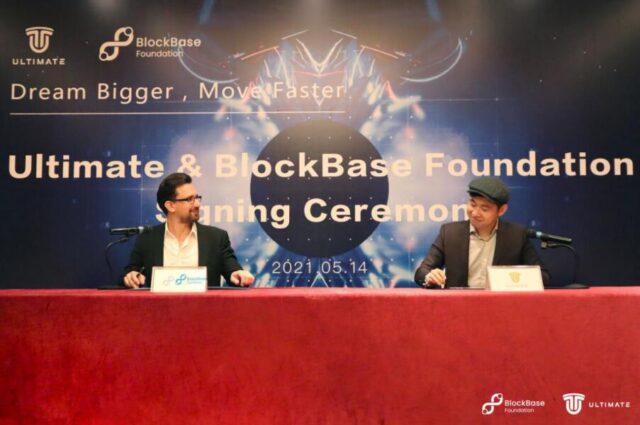 Before the official signing, Jacques, the technical initiator of Ultimate, and Richard Woodfine, the current director of the blockchain and digital asset affairs department of the BlockBase Foundation, gave speeches respectively.

Jacques looked back and forward to the Ultimate project and thanked the BlockBase Foundation for its strong support. As a new generation of blockchain application solutions, Ultimate has gone through two iterations since its establishment in 2019, providing hundreds of thousands of users and companies around the world with decentralization of data storage, data management, and data security. Ultimate 3.0 is about to start with a high-level security algorithm and a powerful computing power pool, which will create a world-class diversified blockchain mining economic ecology.

After the establishment of the blockchain and digital asset affairs department, it is the first blockchain project acquired by the BlockBase Foundation. Through the implementation of blockchain technology and ecological autonomy, the BlockBase Foundation will promote Ultimate token holders, nodes, DApp developers, and other stakeholders to serve the project. Moreover, the foundation will lead and supervise the promotion and ecological construction of Ultimate, and replicate the previous successful experience to help Ultimate expand the global market.

Richard Woodfine highly praised the Ultimate project and pointed out that blockchain is a disruptive revolution in technology and business models. The value of blockchain technology to human society was not lower than that of the electric and the Internet, which would surely bring huge value enhancements to the business society. Therefore, the BlockBase Foundation has set up a blockchain and digital asset affairs department and has assembled excellent talents from IT, operations, marketing, finance, and venture capital institutions with 5 years of experience in business formation. The cooperation with Ultimate in the blockchain field is highly anticipated.

The BlockBase Foundation is deploying and establishing Ultimate international operating sites in many key countries around the world, such as the United States, France, Germany, Singapore, South Korea, Japan, Seychelles. It strives to create a global development plan for localized communities, allowing Ultimate to achieve globalization Commercial ecological layout theoretically and practically and perfect connect blockchain technology and mainstream.

This cooperation represents the common philosophy of both parties to create solid value on the international stage, and also indicates that both parties will jointly propose and implement constructive ideas in the blockchain economic system. 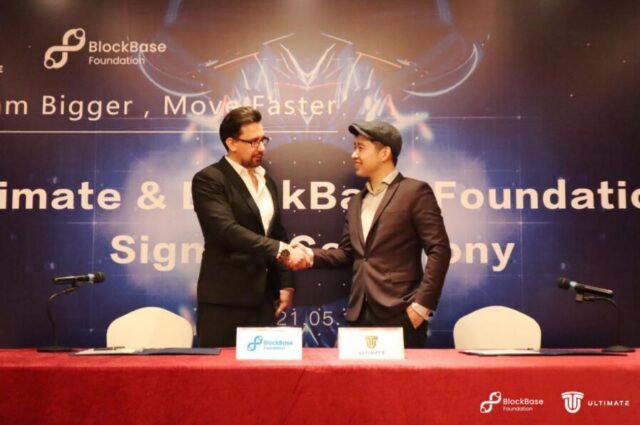