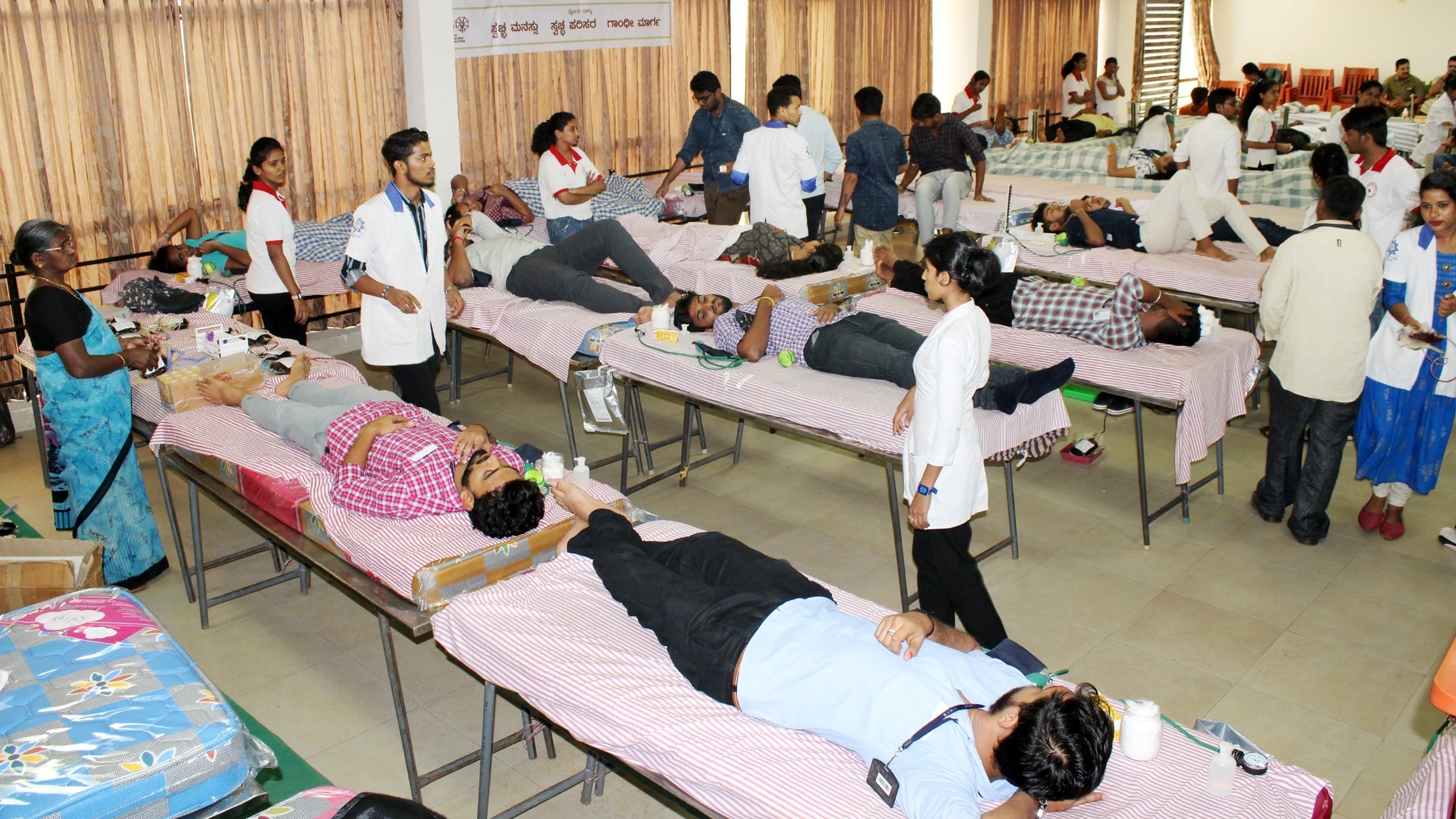 The Supreme Court on Friday, March 5, 2021, issued a notice on the petition that challenges the Centre’s guideline for Blood Donor Selection and Blood Donor Referral.

Santa Singh filed the petition claiming that “The exclusion of transgender persons, men having sex with men and female sex workers from being blood donors and permanently prohibiting them from donating blood solely on the basis of their gender identity and sexual orientation is completely arbitrary, unreasonable and discriminatory, and also unscientific”.

The petition further states that completely excluding entire communities from donating blood and categorizing them as “High-Risk Group” for sexually transmitted diseases like HIV, Hepatitis B and Hepatitis C only on the basis of their gender identity and sexual orientation, violates their right to be treated equally as other blood donors.

It also gives way to stereotypes, prohibiting minor communities like the female sex workers and the LGBTQ+ from participating in society.

“The guidelines need to be based on an individualized system for all donors based on actual and not perceived risk, and should not be based on identities,” the petitioner submitted.

Half of the populace came forward in the support of the LGBTQ+ community and the female sex workers, claiming the guidelines for blood donating are discriminating. 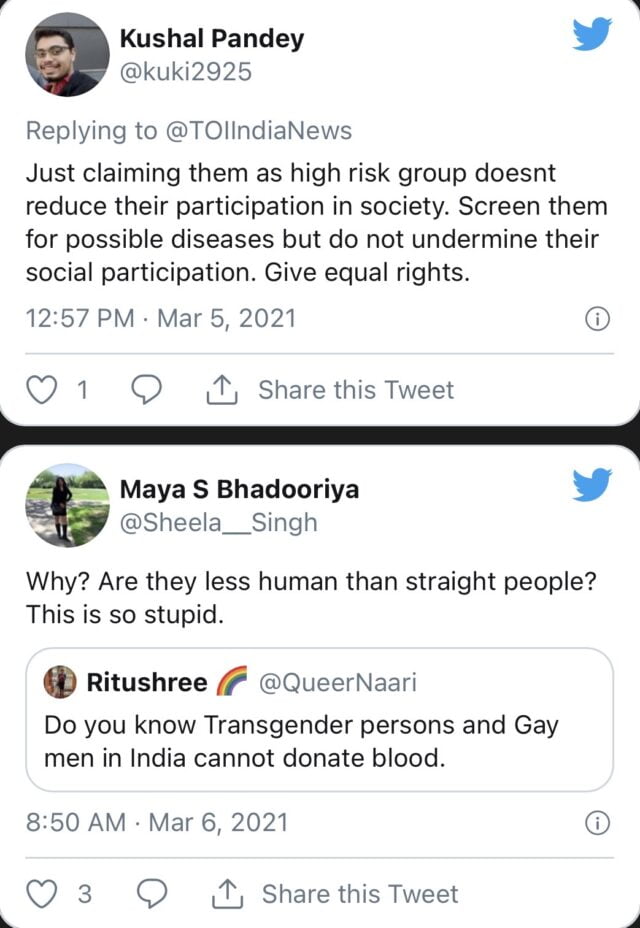 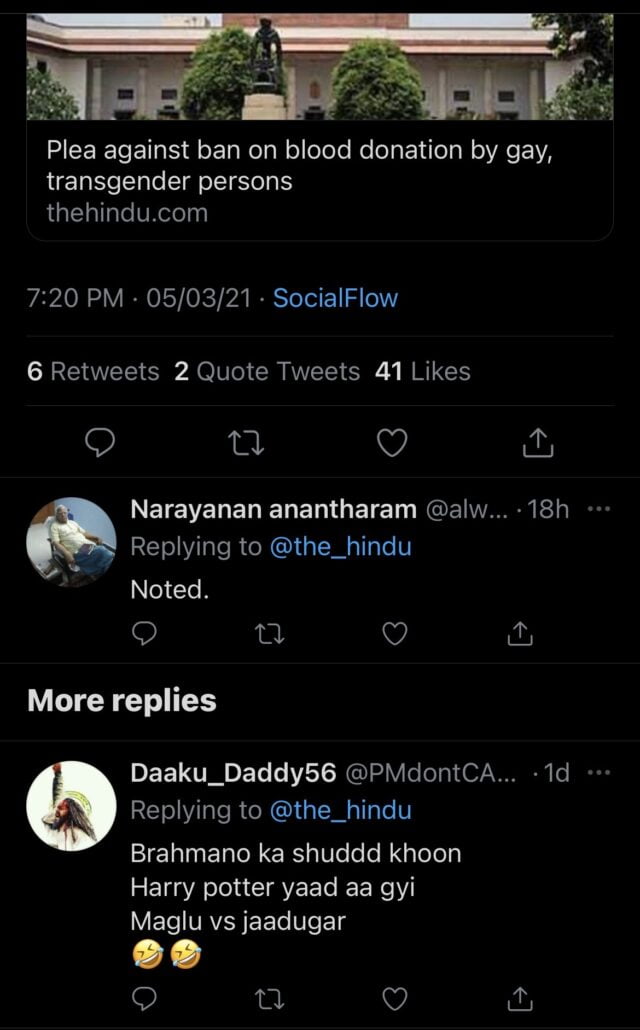 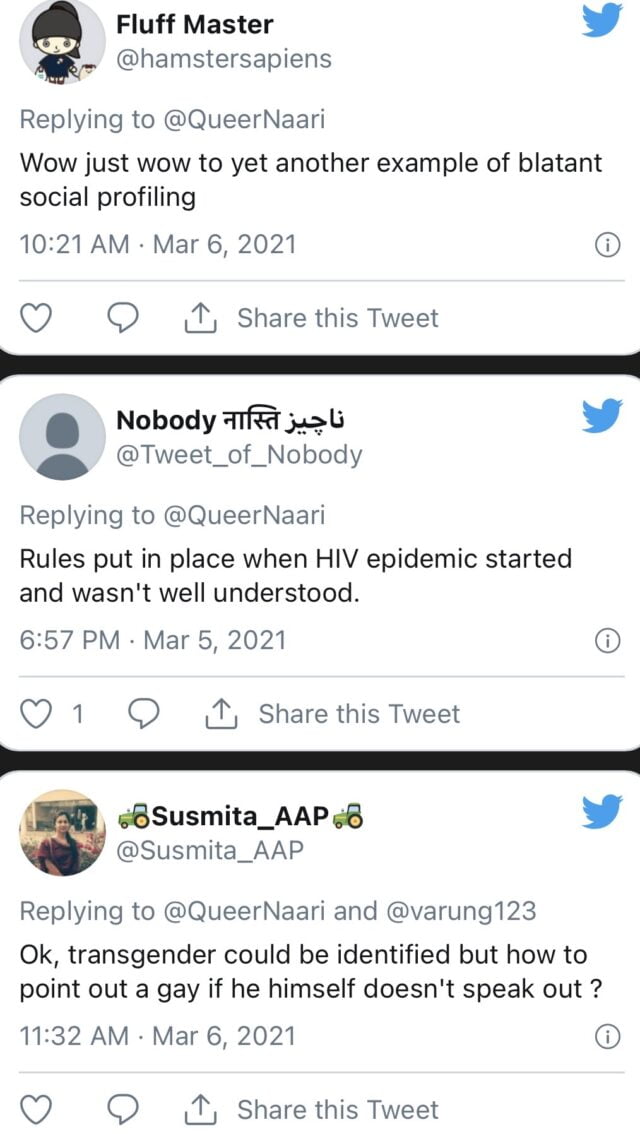 Read More: Karnataka Just Elected Its First Transgender Woman As The Head Of Its Gram Panchayat

The Bench stated that “These are the issues to be decided by the medical experts. We will not pass any interim order without understanding the logic behind the decision”.

The other half of the populace also pointed out that the same rules for blood donating are applicable in other countries too, owing to the risk. 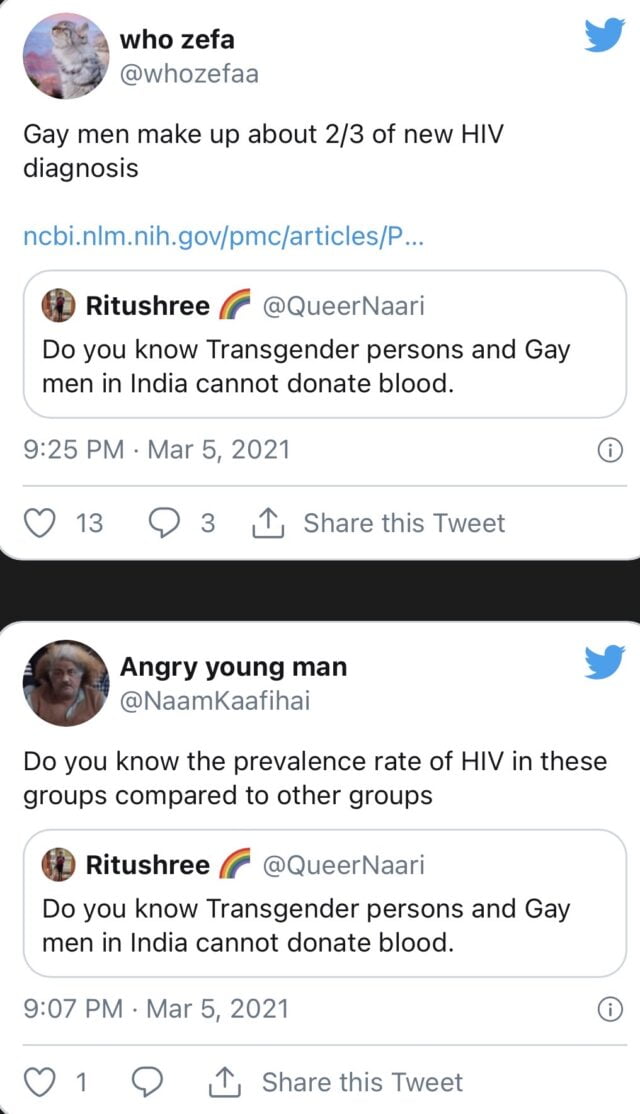 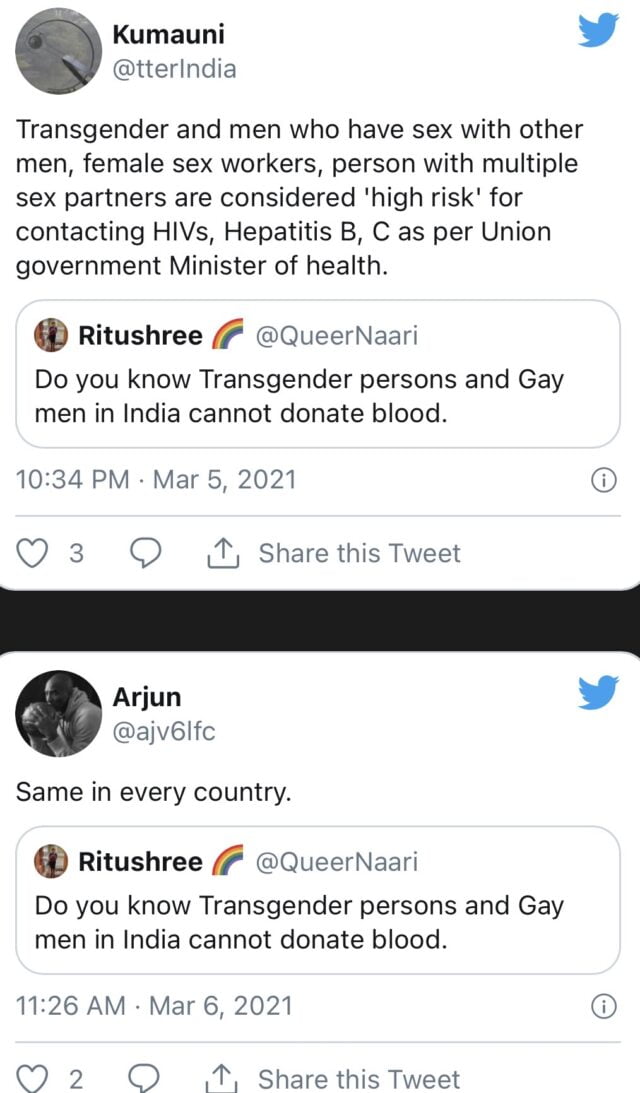 Do We Really Need These Blanket Bans Or Are We Just Feeding On Stereotypes?

But we have to realize that times are changing and we live in the modern world. People who pointed out that blood donation rules are applicable in other countries are not aware of the fact that most of them have corrected themselves.

For example, Brazil and the United Kingdoms have replaced these bans, proposed new guidelines to ensure to test all blood using advanced technology that can detect HIV even when the viral load is low.

With people dying during the pandemic, “Many members of the community, who needed blood, we’re unable to get it from their trans-relatives and loved ones due to the guidelines. Persons who are barred are not even able to donate plasma for research for COVID-19… A large number of transgender persons are sex workers, and hence they are covered under both exclusions of being transgender as well as being sex workers and permanently prohibited from being donors,” adds the petition.

Members of these particular communities were also barred from donating plasma for COVID-19 research.

The Country Needs Them, Lets Not Forget That

Given the need for blood donors the country is facing, it is advisable to uplift blanket bans and consider moving to an individualized system for all donors, based on actual medical risks and not based on their gender identity and sexual orientation.

After 100 Days Of The Farmers Protests, The Government Still Stays Numb