Home Fashion The Ancient Art Of Rogan Textiles From Kutch Is Dying, But It’s... 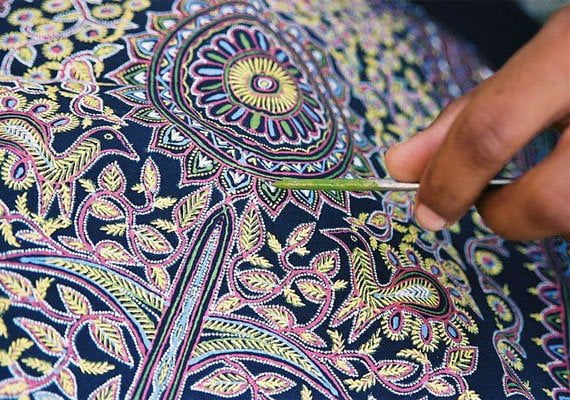 Disclaimer: Originally published in February 2016. It is being republished since it still remains a relevant and interesting topic till today.

Dressed in her wedding dress, my old Mayi lay with her eyes shut. The bright red Rogan ghaagra was tailored by her old Baba for her, while my father adorned his own Rogan saafa. This cloth had been their ancestors’ livelihood for ages, but now it lay there, perishing as the years passed by. Four hundred years ago, when there was no definite mode of transport, toured a style of textile printing called Rogan. On a camel, it travelled from Persia’s forgotten sands into the long lands of Kutch. 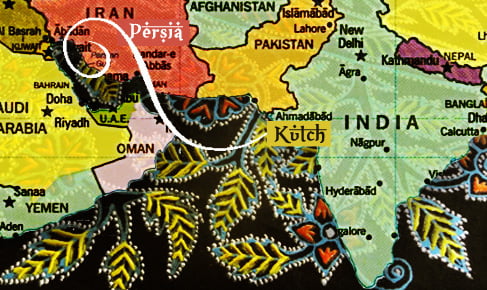 They say that the pen is mightier than the sword. Proof: Rogan. This piece of art is created by using an iron pen which bleeds different colors to produce a design. After the design is made, it is compressed over another piece of fabric to create a twin of the original. Deserted by the deserts

After being the champ for centuries, Rogan started experiencing troubles in paradise. The textile which occupied the threshold of our houses (as traditional torans) using coloured geometrical shapes and heavy floral designs was abandoned by the taxpayers.

The only people that never gave up on it were the Muslim Khatris of the Nirona district of Kutch. These people have been with their hero through thick and thin for the past eight generations. And Rogan, being a faithful gem it is, helped them earn a few National Awards in return. Old is Gold (and should be sold)

This dying form of art needs treatment and the only way it can get that is by finding its way into the wardrobe of the youth.

Here are some ways to save this old champ…

Introducing Rogan to the western clothing: Rogan artefacts can be put up as wall hangings. And no, since it’s not dead yet, you don’t need to put flower garlands over it. Remember how Narendra Modi tried to woo Barack Obama by gifting him a rare piece of Rogan printed fabric? Okay, let’s be clear, living in India, the only way to can feel closer to the White House is by getting yourself a beautiful piece of Rogan textile. Rogan and many other such crafts of Indian origin are invaluable, but getting lost in the fast-paced impatient world.

Let us know in the comments section if some art form of your vicinity is dying too, but must be saved! 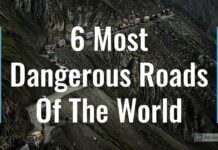 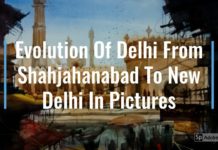 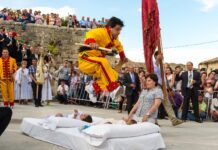 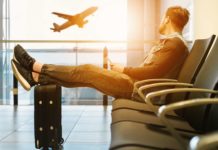 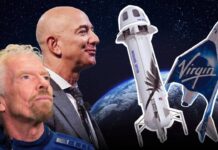 Branson Vs. Bezos: Does The Billionaire ‘Space Race’ Have Anything To Do With Space? 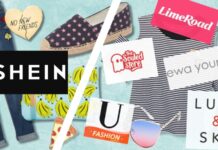 Finance Anjali Tripathi - July 26, 2021
India is emerging as a hub for start-ups. Not only is the Indian government opening the doors for foreign direct investment but Indian youth...

Politics Himanshi Parihar - July 24, 2021
Disclaimer: Originally published in April 2019. It is being republished since it still remains an interesting topic till today.  Both India and South Korea are...