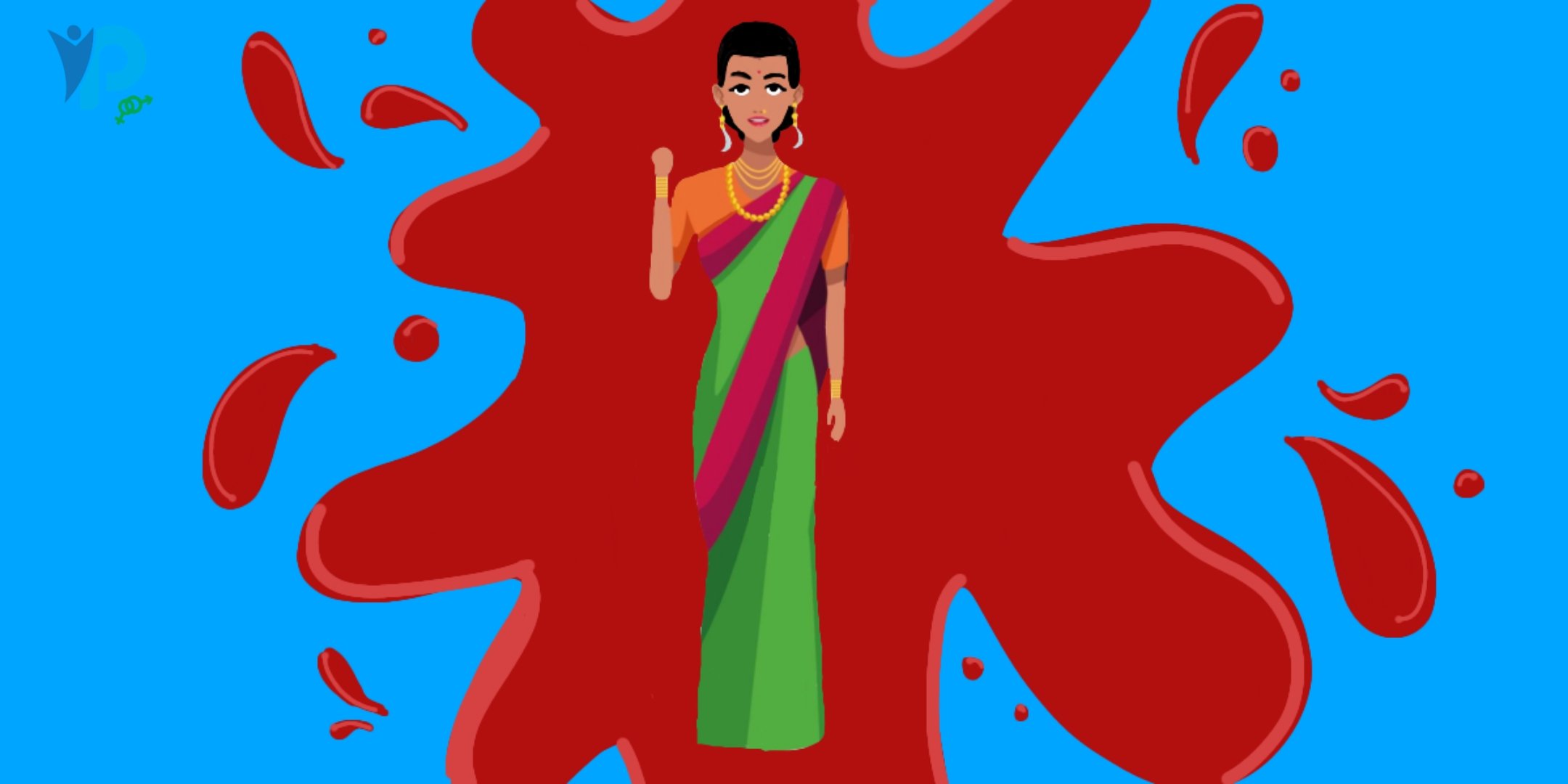 Since time immemorial, menstruation has been seen as something that needs to be talked about in hushed whispers and in the privacy of only women, in other words, it has been considered a taboo.

It was a taboo that was tainted with superstitions that kept women in the shadows and subjected women to exclusion from many socio-cultural aspects of life.

To this date, period blood is considered to be impure and dirty in many parts of India.

Such an outrageous sentiment finds its origin in the Vedic times when lord Indra slayed the Brahman Vritra. Apparently, it has been noted in the Vedas that Indra’s sin was so huge that the guilt of killing a brahmin appears as menstrual flow in women every month because women had taken a part of his guilt for his salvation.

First things first, are we women really that unintelligent? Even if it were the ancient times, a logic as mindless and ignorant as this practically makes no sense!

Had Science and Biology been people, they would have hung themselves by now.

Further, women are prevented from going about their day-to-day chores when she is menstruating and must be purified. They’re not even allowed to enter temples or worship on these days. Because apparently, that is dirty and impure.

During the ancient times in Rome, naturalist and philosopher Pliny the Elder claimed that menstruating women have the power to dry out gardens, blunt steel and kill swarms of bees with just one look.

However, on the contrary, South India celebrates the onset of menstruation and the ritual is known as the Ritu Kala Samskaram or the Ritushuddhi Ceremony.

What Is The Ritushuddhi Ceremony?

Ritu Kala Samskaram or the Ritushuddhi Ceremony is a Hindu ritual that is held when a girl gets her period for the first time. It is to celebrate her transition from a girl to a woman and also to instill enough knowledge in her about the subject. This ritual is also known as the “Half Sari Function” as the girl wears a half sari for the first time.

Apparently, one can only wear a full sari on the day of marriage. Till then, half sari it is.

It is celebrated widely in Tamil Nadu where it is called Manjal Neerattu Vizha and Karnataka where it is referred to as Ashirvada.

At the onset of menstruation, the girl is not allowed to touch anything or anyone; is limited to one particular room, rendering her incapable of doing anything or taking part in any social events including going to school.

Apparently, she descends the form of a goddess on the 5th day of the period cycle. She is not allowed to go into the kitchen and is strictly prohibited from going near anybody, especially men. She has got to perform a special puja every morning.

However, on the actual day of the ceremony, elder women gather together to teach the girl how her period does not pollute or taint her but instead elevates her in the form of the divine.

On the day of the ritual, the girl is made to wear a langa voni which is the traditional attire of an unmarried girl in South India. She is bathed in the holy water of Ganga and turmeric after which she is gifted a sari by her maternal uncle. She is supposed to wear that sari for the rest of the ceremony.

At the end of the ritual, the girl is made to sit beside a doll which marks the end of childhood and onset of puberty. Finally, a large feast is held where the girl is given gifts and she blesses all the food before the family eats it.

Read More: Patriarchy Is The Answer To Every Question Related To Position Of Women In Society

Is The Celebration Of  Puberty Sexist?

Ours is a society that is sexist and patriarchal in nature. What strikes me as really insignificant is how there are rituals and practices that celebrate the puberty of a girl even though it’s the most natural biological process.

Madonna-Whore complex doesn’t allow a woman to be just a woman. By elevating women to a higher status, she is being denied her natural faculties which she possesses by virtue of being a human.

It is sexist because there is no ritual for a boy transitioning into a man. As special as this period is for a girl, it is equally special and significant for a boy.

The presence of a uterus should not be making a difference. But it does.

Although there is much stigma and shame that surrounds menstruation, the Hindu culture celebrates it as the birth of a woman. As progressive as it sounds, in the foreshadow of these celebrations lie the shackles of age-old patriarchy and heteronormative perceptions of womanhood wherein the onset of menstruation is conceived as a mark of “marriage.” Yes, apparently it is the symbol that a girl is ready to marry and bear children.

For example, in the Assamese tradition of Tuloniya Biya or small wedding, right after the onset of a girl’s menarche, she’s married off to a Banana tree! Because somehow, marrying a banana tree is symbolic of a girl attaining adulthood and her potential to bear children.

I still don’t see how a banana tree could help confirm such an audacious belief but once again, rest in peace science and logic.

Traditions and culture are what makes India what it is but surely not at the cost of such brazen sexist and patriarchal norms which have no ground of their own.

The Dark Side Of Such Rituals

Although empowering for women to a certain extent, these rituals and celebrations have major flaws. On one hand, it celebrates the onset of menstruation and the revered stature of a woman but at the same time reduces their identity to a mere reproducer.

The transgender community has been celebrated since the beginning of time and finds its mention in various holy scriptures like the Ramayana, Mahabharata and the Puranas.

In Mahabharata, to ensure the victory of Pandavas, Aravan, the son of Arjuna and Ulupi, was offered to be killed for Goddess Kali. However, to achieve the result he was supposed to spend the last night of his life as a married man. No woman was willing to put themselves out there but Lord Krishna. He took the form of a beautiful woman called Mohini and married him.

Owing to this beautiful and tragic myth, the Hijras of Tamil Nadu call themselves Aravanis named after Aravan, their progenitor. In Koovagam, Tamil Nadu, an 18-day festival is held every year, where the village trans-women dress up as his wives and then mourn for Aravan’s death.

Then we have Arjun who was cursed by Urvashi which was curated by Indra that he would have to spend one year of his life as a trans woman. And hence, the famous Dancer Brihannala was born.

We have Ardhanarishvara who is an androgynous composite of Shiva and Goddess Parvati.

Despite the rich and decadent heritage of transsexual individuals in the form of heroes and the divine in Hindu mythology, they are still subjected to repudiation, stigma and bias.

The sad part of it all is that even though these rituals and practices are progressive, they somehow forgot to progress with time.

This post is tagged under menstruation, onset of menarche, Ritushuddhi ceremony, celebration of menstruation, celebration of womanhood, limited meaning of being a woman, reducing the role of a woman to mere reproducers, patriarchal norms, sexism, hetero normative stereotypes, exclusion of transgenders, seclusion of girls before ceremony, myths surrounding menstruation, why is celebration of puberty sexist, Madonna whore syndrome, elevated status of women to goddesses, marriage between a girl and a banana tree, illogical, unrealistic