Delhi, the capital city of India, has been recorded as being among the cities with the worst air quality in the world. According to studies done by the WHO over the years, a large number of deaths in the country occur due to chronic respiratory diseases and asthma.

What Does The Study Show?

Lancet found that the economic loss per capita in Delhi was around USD 62, seconded by the state of Haryana. It also attributed that approximately 1.67 million deaths in the country had occurred due to air pollution in 2019 as well.

The death rate per 100,000 has exponentially increased by 115.3%, mainly due to high outdoor air pollution levels. 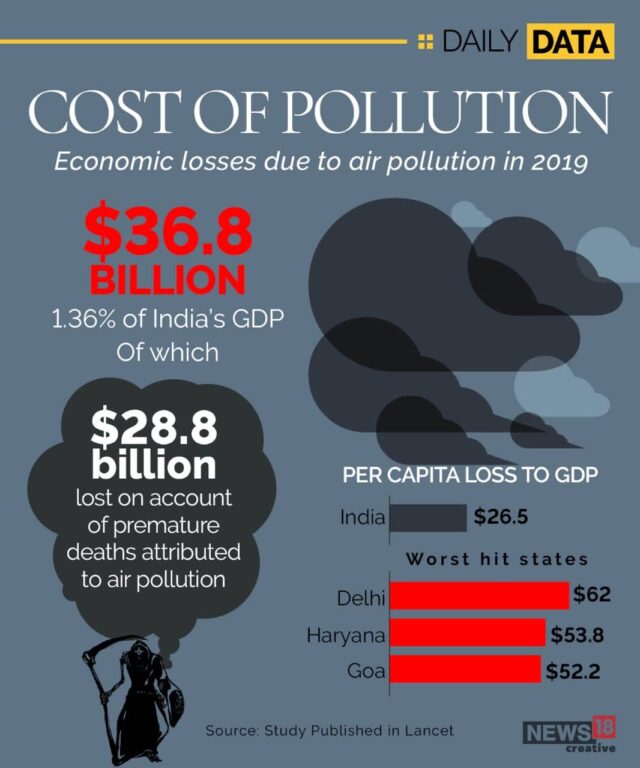 The economic loss was generally found to be due to the loss of output, because of premature deaths and diseases caused due to pollution. Delhi was ranked along with several other states of the country, but being a major metropolitan, the city was especially under the radar.

According to the study, India faced an economic loss of INR 2.71 lakh crores especially due to air pollution.

How Concerning Is The Situation?

The outcomes of the study are rather ALARMING. It is a wake-up call to every citizen of the country, to buckle up and get their act together. Delhi has always ranked first in having the worst air quality.

The fatality rate due to Covid-19 is not as much as the deaths caused due to air pollution in the country annually!

In fact, Honorable Justice Arun Mishra, in 2019, commented that Delhi has become equivalent to hell and it would be better to die of explosives rather than air pollution.

Research has shown that 41% of the pollution can be attributed to vehicular emissions alone in the city, followed by 21.5% due to dust and 18% due to industries and production.

It was only due to the lockdown enforced due to Covid-19 pandemic that Delhi’s air quality saw some light, quite literally. This gives us hope that the battle has not yet been lost.

What Is The Government Doing About It?

The government has taken several initiatives across the years to combat air pollution. In fact, the odd-even system was followed wherein vehicles only with an even numbered-plate will be allowed to venture out on certain days and vice versa.

The government has also installed anti-smog guns on construction sites. Campaigns like ‘Red Light On, Gaadi Off’ and ‘#ClearAirEveryday’ urges people to use personal transport and be more environmentally cautious. The city has also banned the use of diesel generators.

Quoting Professor Vinod Paul, Member (Health) of NITI Aayog, the paper provides a robust assessment of the trends and the current situation in each state. It highlights the role air pollution plays in the decreasing life expectancy rates which is also affecting the entire country economically by costing us human resources. 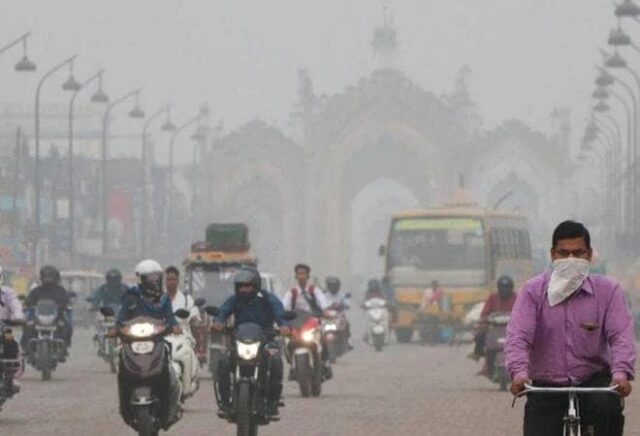 It is high time that we start being more environment-friendly and take notes from the environmental changes brought about due to the pandemic. We can view it as a natural reset button, as a warning sign for the human race.

What are your thoughts on the same? Let us know by commenting below!

Watch: 5 Books Based On Delhi That Will Make You Fall In Love With It Again