The BharatPe co-founder Ashneer Grover has become popular amongst the netizens for his blunt comments in the Sony Entertainment show Shark Tank India.

Ashneer Grover’s famous comment “Yeh sab dogalapan hai” directed towards a contestant, has been widely used in memes by netizens. But this time fans, are hilariously accusing him of practicing ‘doglapan’. The designer clothes he commented no one would ever wear in Shark Tank India were worn by his wife! 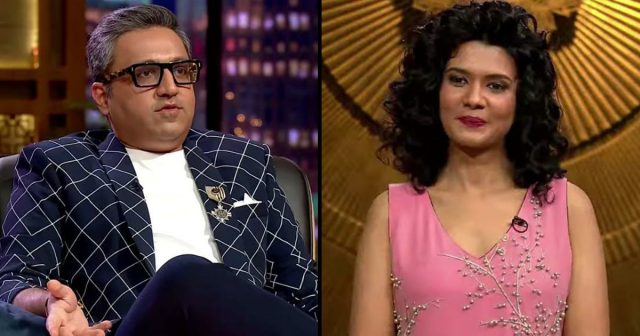 While many consider Ashneer Grover’s comments are rude towards budding entrepreneurs, others find it as a source of creative guidance.

The wrath of Ashneer was unstoppable when the fashion designer Niti Singhal came to ask for investment in her clothing business.

Niti Singhal’s brand, “Twee In One” makes reversible and convertible clothes that can be worn on different occasions. The pitch was engaging.

Models flaunted the designer clothes and reversed to a different new look. The judges at the beginning were very impressed by the presentation. Shark Ghazal Alagh commented how reversible clothing is very beneficial. These clothes can be used in a multipurpose way during vacations and give different style statements.

But when the regular apparel line was shown, Ashneer Grover was not pleased. The pricing range for the clothes was too high per the Indian consumer market.

He said that the clothes were impractical and very bad in taste. He stated, ‘Mere ghar me to tumhare kapde koi nahi pehenega’ and further added, “Aap mummy ke saath baith ke lehenge bech loge toh do lakh ka bik jayega.” The Shark told Niti to not waste her time.

None of the Sharks invested in her business but appreciated her efforts. Shark Ghazal Alagh even said if she can reduce the MRP of her clothes, she will invest in her.

Being in the business for many years, Niti was not heartbroken or shattered. Her perseverance bore results when her designer garment was worn by none other than Ashneer Grover’s wife Madhuri Grover in The Kapil Sharma Show. She thanked Madhuri for believing in her work.

Niti said, “With the kind of product I have, there have been critical feedback for a long time. I am used to it. Even mentors in the fashion industry said a few harsh things over the years. So I have received criticism, of course not as harsh as Ashneer’s.”

Also Read: This Artist Shows How Shark Tank India Judges Are All From Very Privileged Backgrounds, How They Mock People With Less Means

She added,“ But since I have, it has made me thick-skinned. I believe in my product so I have the confidence to face all criticism. And in the end, any PR is good PR, even if people are talking bad about it.”

She hilariously pointed out the irony when Madhuri wrapped herself in the dress she gifted to her. She said while watching The Kapil Sharma Show she was reminded of the line ‘Yeh sab dogalapana hai’. The Sharks of the show have become icons in India. No wonder Brands like Amul seized the opportunity of the entire Ashneer Grover and Niti Singhal saga to carry profitable marketing with its latest topical!

The topical showed Ashneer Grover and Namita Thapar sitting in the judge’s seat and listening to the Amul butter pitch by none other than a curly-haired girl looking like Niti!

Grover shared the topical in his Instagram ID. Netizens were quick to ask if the girl was Niti. To utter surprise, Ashneer tagged Niti Singhals Instagram ID and said congrats!

Niti wrote in a Facebook post how happy she was that she could be an Amul girl. She is very excited and glad about the opportunity. Times do turn upside down indeed. 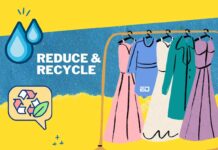 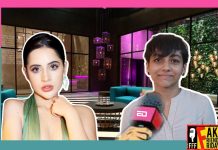 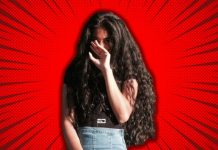