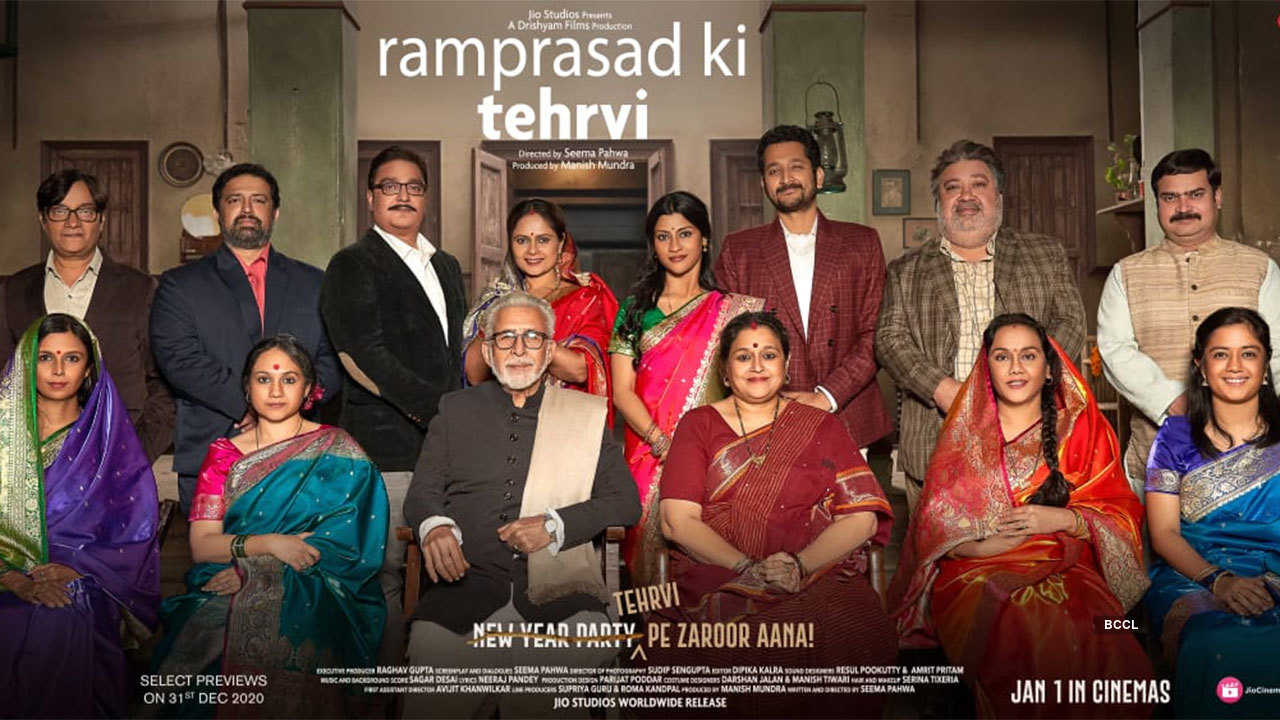 Over the years, only a few movies arrive that seek to change the incumbent dialectic of our society. Most seek to provide a focused view into the lower echelons of society, while the others showcase the criminal tendencies of a fellow human being.

On the other hand, there exists a solitary film that has come out of Bollywood’s repository that showcases our society in its rawest extravagance.

Ram Prasad Ki Tehrvi is one such movie. The Seema Pahwa feature ventures into the dark underbelly of a human being that believes in morality as a strange gray zone. The humanity portrayed in the movie is not ideal. However, it strives to be much more than that.

The characters find themselves in the same chaos that surrounds our mortality. What epitomizes the scenes in the movie is the reality of death that binds all of them together. The fact that something as morbid as death becomes the bridge is as much a commentary on our society as it is voluptuously true.

Like a moth to a flame, we are all attracted to the faintest glimmer of joy in the hopes of forgetting the tribulations of life.

The Human Tribulations Of A Funeral

A funeral, in itself, is an event that thrives and calls for sorrow. A funeral depicts no joy or cheer. The only factor that looms is the sorrow and apparent gloom of the entire scenario. However, it never is possible to stay in mourning for long.

One can only mourn till a certain point while the human comedy of life gets lost in the entire exchange. More often than not, a funeral turns from a time of mourning to an ironic take on celebration.

Ram Prasad Ki Tehrvi poses the very same scenario to us. The psychology of the young and the innate disdain for the dead of the old. The very first scene sets the basic tone of the movie in its somber tone, as  Ram Prasad (played by Naseeruddin Shah) collapses atop the piano.

It doesn’t treat death as the most depressing thing that could happen to a human being. Instead, it treats death as but a cruel truth of life. Nothing ominous about it; rather it exists as the catalyst that binds the family together.

The basic psychology of a human being upon visiting a funeral is never to mourn for the entirety of its time. Only the closest of people, or the deceased’s beau, may feel the pain of losing someone they loved indefinitely for a longer course.

This feeling in its entirety was best depicted in the solemn silence of Supriya Pathak watching the drunk candor of her sons descending from the stairs and the frolicking of her grandsons.

Also Read: Joji: A Study Of A Society That Pushes People To The End

Her loneliness in mourning compounds the feeling that apart from her, nobody actually cares about the deceased. Yet, the fact is that the entire family is in mourning however, their depiction of mourning is garbed under the solemn remembrances and the slight grievances.

Most effectively, their mourning is guided under the pretext of celebration. Much like one would expect in real life, our world is marred with a confusing amalgamation of emotions. Human beings are hounded by their ability to feel, multifariously, and thus held captive within this same range.

A Generation Stuck In Its Past

The entire movie depicts the feeling of loss coupled with an element that not many movies strive to depict nowadays. The feeling of isolation of a world that is effectively fast, impatient, and ‘modern’ in how it handles life, is an aspect that finds great comfort in the narrative.

The characters are all stuck in a limbo of getting on with their lives at the earliest. Yet, this very same ‘modernism’ finds itself in a war with tradition, as they cannot decide if the funeral should be held after 13 days (as per custom) or 4 days (the shortcut).

The fast pace at which our world devolves and evolves is one that cannot wait to mourn. To wait means to lose, and that is a frightening thought for this generation of cut-throat competition. Thus, this generation has forgotten to wait, and soak in the moment lest the moment be of joy and celebration.

As the sons make their way to the holy city of Varanasi, the only time they let themselves feel sorrow is when they had had two too many pegs. In their drunkenness, they could finally wait and let time pass by, as they soaked themselves in the melody of their father’s song.

Furthermore, the same cause of modernism is portrayed in how a local girl falls in love with Vikrant Massey in the tithe of a time they spent during the space of the funeral. This entire narrative portrays the fact that the young do not really have the time to mourn.

Massey, who plays the role of one of the grandchildren, frolics about, with little grief about their grandfather’s demise.

Massey’s emotions are manifold, yet none of them lends out a hand to the deceased or the local girl, born and bred in a society untouched by modernism.

This movie is one that provides you with the slice of life quotient that Bollywood has strived to create since Kapoor And Sons.

It’s a wonder as to how they created Ram Prasad Ki Tehrvi, whose inundation of life creates waves of dissonance and yet falls right into place. Much like the bruised and battered car that serves to depict the bygones, one day even we are to ‘just work’.

Death is inevitable, while life is only for a moment or two; so why not soak in an extra minute or two?

Sources: Hindustan Times, The Indian Express, the blogger’s own views

Fake Friendly Fridays: Majnu Bhai Talks About His Paintings After One Of His Painting Make A World Record