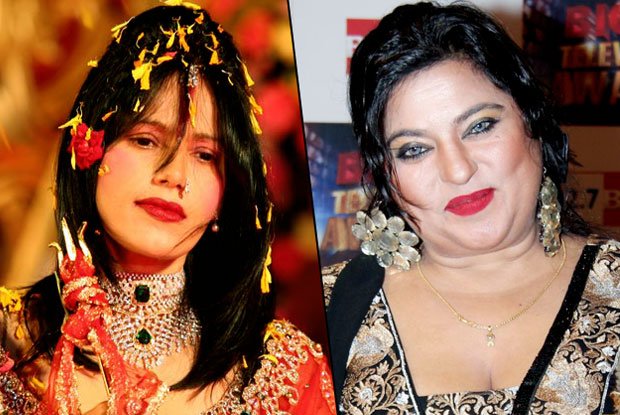 Just today, I came across this Facebook post by Ms. Shara Ashraf, the Lifestyle Editor at Hindustan Times. What struck out to me and got me to blog about her post was not just her story about Dolly Bindra’s FIR against yet another fraud and scamming God-woman, instead it was her personal opinion on the entire matter, that she could not have probably articulated in the report, seeing as it was an objective journalistic piece.

And it was this opinion that I as an individual blogger, completely echo with and is the point which I believe is worth bringing about.

(reproducing her point of view that I would like to endorse as a young, educated and hopefully literate liberal)

“One of the toughest articles I wrote. It left my head spinning. Raadhe Maa, the sadhvi who wears couture and uses only the best international makeup. Her outfits cost up to 5 lakh. Actor Dolly Bindra alleged that Radhe Maa assaulted her sexually. She had promised Bindra that she will bless her with a child. Another ex-follower, designer Kapil Arora confessed that Radhe Maa organizes “sex parties”. She exploited his 24-year-old male relative. It was even more nauseating to know that well known people were her fan. They supported Raadhe Maa and rubbished Bindra’s allegations. Ad filmmaker Prahlad Kakkar said that these claims are baseless. Singer Anup Jalota turned out to be another fan who attended her satsangs.

The good thing is that Bindra went ahead to file a police complaint. She understood how silly it was to fall for something like this. But many didn’t.
You don’t need a baba or a maa to communicate to the almighty. There’s god within you. You can always have a personal conversation. He doesn’t need media managers to gain popularity. And nothing but your karma gives you peace/joy/happiness.
It just takes some common sense to understand this. These people are clearly perverts. It’s such a shame that they have a crazy fan following and the protection of political bigwigs. Unless this psychopathy is put to an end, we will keep languishing in the Stone Age.”

One of the toughest articles I wrote. It left my head spinning. Raadhe Maa, the sadhvi who wears couture and uses only…

Read More: These God Men Rape Women In The Name Of God

What Is The Issue Here?

But now, with the FIR of Bindra that as reported by Hindustan Times, was done after allegedly, several of Radhe Maa’s followers sexually assaulted her and Radhe Maa herself had made advances of the sexual nature towards her husband.

As reported by HT, the reason why Bindra kept quiet all this while was because of her greed for a child that Radhe Maa had apparently promised she would bless Bindra with. In the same report, HT even quoted Kapil Arora a fashion designer and ex-follower of Radhe Maa who said that “Yes, Radhe Maa organises sex parties. She also exploited my 24-year-old male relative.”

In other news, one must also take a look at the just released judgement on the Gurmeet Ram Rahim Singh case, where the godman was given a jail time of 20 years for his crimes.

The very fact that Bindra’s FIR was filed in the first place and not dismissed is surprising, seeing how apparent it is the kind of power godmen and women enjoy in our country.

But this and the judgement both hopefully indicate towards slowly deconstructing the very solid walls made by these figures, who use and abuse their power and influence over people in plenty of wrong ways.

Slowly, the authorities and govt. are dismantling the mob mentality behind these fake godmen/women and babas that is rampant across India. These few instances might not amount to much or they could be a way the authorities and the courts of India are working to dissolve their unnecessary power and show the people their true face.

Now the only thing left is for the govt. and authorities to come down hard on the mob violence and mob culture that is becoming prevalent in the country, like the Jat agitation which was if nothing then a scary episode that we would rather not be repeated.

The Journalist Who Was Shot Point Blank For Exposing Baba Ram Rahim Singh: Ram Chander Chhatrapati And His Story