QuoraED: How Corrupt Is Mukesh Ambani?

In this special piece, we bring to you an amazingly written and compiled Quora answer, which we believed should be shared with everyone.

As ED picked up the answer from Quora, we do not have assurance whether the facts are right or wrong, but felt its worth bringing attention to this topic of, why exactly there is little to none negative press about Mukesh Ambani, ever? Not many people know that Reliance Industries owns Network 18 which further owns most of the TV and media channels in India (most prominent ones being CNN, IBN-7, Firstpost among others). Basically, Mukesh Ambani controls directly or indirectly what news reaches you and what doesn’t and how much it is censored.

In December 2013, an Aston Martin owned by Reliance ports, allegedly being drunk driven by Mukesh Ambani’s son, Akash Ambani was involved in a smash up in Mumbai, ramming into 2 other cars and injuring some people.

People nearby noticed an adult male fleeing the scene in one of the SUV cars trailing the Aston martin. The following day a 55-year-old family driver of Ambanis appears before the police, claiming to be the driver of the car.

The eye witnesses change their statements to have seen this aged man now as the driver fleeing the scene. Police refuses to arrest the man because it cannot conclusively decide who was driving. The owners of two damaged cars get brand new Audi and Skoda. The news is blacked out from the whole mainstream media including TOI (As I distinctly remember reading the article in TOI and it literally disappeared after few hours from the internet). Everyone goes home happy (and with filled pockets).

Some links to the news (since international news sources could not be blacked out by Ambanis):

I was an occasional Faking News writer, so I wrote this article lampooning the whole case. But one thing I forgot was that Faking News is an acquired part of Firstpost and so they won’t allow any revelations about their boss.

My article got rejected for the first time ever from being published on Faking News, which was the only thing I felt was unbiased media since it was written by people like me. So, I published it on a personal website Blog. Was glad that it was read and appreciated by many. I stopped writing on Faking News though because I didn’t trust it anymore for being unbiased at all.

Some news mentions of the undue favours given to Reliance for around a decade:

It is like, we make you win and run the state and then the country, you give us subtle favours in the policies and tenders.

I am an occasional Wikipedia writer as well. Recently, I made some changes to Mukesh Ambani’s page bringing into the light his Radia tapes controversy and ONGC scam (Rs 11,000-Crore ONGC Gas Shifted to Reliance Industries Fields: D&M – NDTV) where gas was illegally extracted by Reliance from blocks not belonging to them. View the “view history” tab on this wiki page:

Though Wikipedia is a neutral platform where if you write content with sufficient sources, they are accepted unless opposed by other editors. Other moderators can be brought for making your case and get your changes accepted but then it eventually becomes a frustrating battle over ‘talk’ pages, if someone is vehemently supporting/opposing something.

There are a lot of watchers for Ambani family related wiki pages sitting in the Public Relations offices of companies having Reliance as their client. One such user removed all my content citing absurd reasons. Anyway, I will be challenging him for getting my changes accepted by calling in more neutral moderators and discussions. Hoping they will be accepted.

P.S. – I am not biased towards any political party. I praise anyone and everyone who works hard and honestly for India.

BJP government is developing India at a good pace and is much cleaner than UPA anyday, but still not very clean in absolute terms and needs some overhauls for their anti-corruption and black money agenda.

In recent times, they have been haunted by cases like Vyapam Scam, escape of Mallya in spite of CBI lookout, Lalit modi’s approval of travel visa by BJP leaders including Vasundhara Raje despite being a wanted criminal in India, Udta Punjab censorship, moral policing and no action yet towards Congress people involved in scams earlier despite creating furore about it during Lok sabha elections campaigning.

AAP looks a bit more promising and transparent (they declare their donations clearly on the website among other things) but inexperienced to be a national level party at present because of their immaturity in unjust allegations. Also, they has been no action taken yet against Sheila Dixit, which was highly roared by AAP during their election campaigning. They should work more for the common good and prove themselves worthy of running the entire nation down the line.

I had moved out of India some time back but the love for my country and my people makes me write things that might spread some awareness about the corruption going on in India.

Note: The article was written much before the full acquisition of Firstpost by Reliance.

The Rot Goes Deeper Than Radia

The Big Five: The Media Companies That the Modi Government Must Scrutinise To Fulfill its Promise of Ending Crony Capitalism

The real story behind the ‘potboiler’

Was it a Rs 1,000-crore secret that Indrani Mukerjea wanted to take to her grave? | Latest News & Updates at Daily News & Analysis

End note: One of ED’s bloggers recently was found wondering on the same issue, when the whole world went gaga over Reliance Jio, find it here:

Facebook
Twitter
Pinterest
WhatsApp
Previous article“Lalima Abhiyaan”: Madhya Pradesh’s Campaign To Get The State Rid Of Anaemia
Next article6 Reasons Why I’d Rather Text Than Having A Verbal Conversation 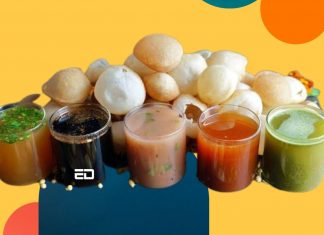