Home Social Opinions My Private Messages Were Leaked To A Group Without My Consent And... 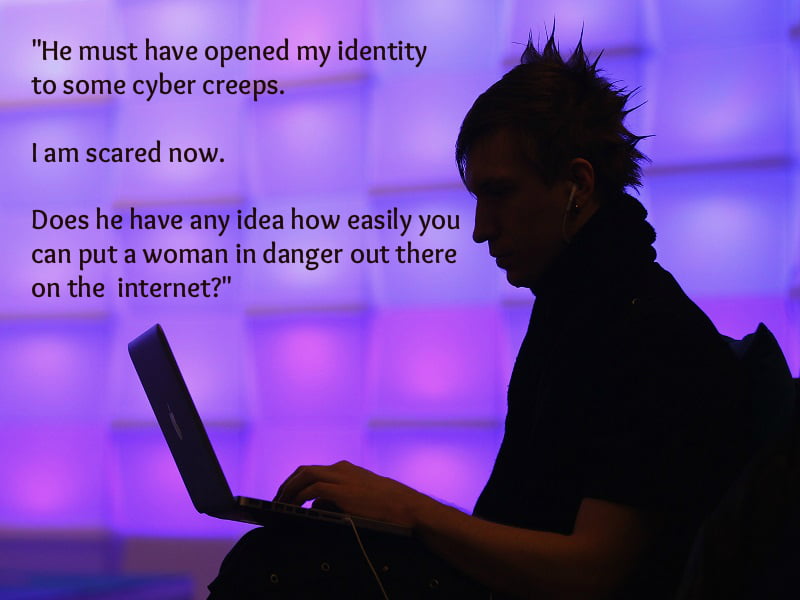 A lazy conversation with my friend revealed something that continues to haunt me, still.

A part of my private Facebook conversation with someone was leaked to a group. She showed me a screenshot of it and I realized that neither my name, nor my photograph was blurred from the forward.

I was fuming. How could someone ever dare to forward a private conversation to a group, which I have no background information about, without my consent? Who authorized the person to leak my messages to an audience I don’t know at all?

And the more I began to think of it, the more I realized that people perceive such postings on any group as normal. I do not care about the intentions. I don’t care if you have forwarded it to say that I talked something extraordinary or something completely stupid. My problem is – why wasn’t I consented? Afterall, it’s my words you are forwarding to people out there without blurring my identity.

What lunacy is this?

If you are a photographer on travel, the consent of any local that you are photographing is paramount. If the person whose photograph you intend to click refuses to be a subject, it clearly means that you do not try to desecrate the personal space of the local.

The same thing operates in the cyber world. What is amazing is that the mode of conversation itself determines what is meant for the public and what is not.

If I message you on your personal chat, it means that is issue is between you and me. If I make a post public, it means that it is open for people to discuss and debate about it, tag friends and whatnot. This is solely the case for the written word, not photographs or videos.

What was it about?

I had written an article on Islamic feminism some time back (“Not Recognizing Islamic Feminism Is Failing Feminism Itself“). The written, posted article meant – acknowledge if you agree or ridicule if you disagree or whatever method you deem fit as your expression of disagreement.

The article was not well received by some, which is fine. I had quite a conversation with this person who later took screenshots of my messages and posted it on the group.

I had no information.

I have no problem with you blurring my identity and forwarding the same thing to a thousand people. I have no problem in you calling me ten thousand names based on the ARTICLE that I wrote. It was meant for a larger discussion. Simple as that.

What is more disturbing is, the screenshot was made to misrepresent my point. In the screenshot, what I say isn’t my words. I was merely reinstating a theory by radical feminist, Catherine MacKinnon on heterosexual relationships. The funniest thing is – there was no context provided of the conversation (which makes it clear that the certain person hadn’t read my article properly).

He must have opened my identity to some cyber creeps. This can trigger a series of uninviting messages and friend requests coming my way. And I am scared now. Does he have any idea how you can easily put a woman in danger out there on the internet?

Interestingly, the person belongs to a Left unit of a progressive institution of this country. If you talk about the right to privacy in terms of Aadhaar card leaks and do not recognize this as a breach of privacy, I’d better ask his version of the Left to stop masquerading about our rights at all.

If this is what the left looks like, I’m sorry. I can’t support it. Because who knows how far this hypocrisy goes? Who knows – maybe you’re a closet casteist who quotes Ambedkar on annihilation of caste? Who knows – you might secretly be homophobic while talking about gender rights (the Left has an under-representation of the LGBTiQA community, anyway).

And now there will be a golden question: if I don’t have a business in the group, what bothers me to speak about it? Wasn’t it a matter of chance that someone told me about this breach?

If you think that way, you are definitely a part of the problem.

Are you belittling my concern by governing what should matter to me and what shouldn’t?

Has that person done it to other women – openly posting unconsented stuff on groups the other person hasn’t been associated with, I wonder. If this is the Left’s idea of debate and discussion, I’ll keep a distance from this unethical space.

You don’t have to go as far as Section 66A to criticize cyber rights. It is little things like these that we ignore. Little things where our participation matters. If you don’t stop these little things, they can take a bigger shape. Maybe the gentleman could post another stuff somewhere else.

And, oh. If that was sent to the group by mistake (as the popular justification goes – “Wrong chatbox!”), didn’t that gentleman owe an apology to the group? And me?

Someone please cure the toxic masculinity of this country’s men, please? Because men here apparently believe that “if they know more than you”, they’ll either start educating you on it or openly call you out for whatever you said, without even giving a s**t about cyber ethics.