When Section 377 was decriminalized it led to a wave of relief and happiness across the LGBTQIA+ community in India, for now they could freely announce their sexuality and be who they were without any fear of legal action being taken against them.

It’s important to know that while homosexuality was not illegal, the sexual intercourse between same sexes was and it was that which led to the apprehension of being wrongfully criminalised.

But while the Indian LGBT community is thriving now, the recent incident of a lesbian couple in a posh Chennai hotel just goes to show that we still have a long way to go before being truly equal.

two of my friends went through something really horrible because of internalised sexism and homophobia from a very known hotel of Chennai, @TheSlateHotels . They need your help to spread a awareness about the uncalled for treatment. #queerpride #queer #chennai #TheSlateHotels pic.twitter.com/CratacjMxy

According to the posts by the women involved, Rasika and Shivangi, the two women had gone to the posh Studio-The Slate, a Chennai pub on a Saturday evening of 27th July, much like any other couple.

After arriving at the place, they decided to dance on the stage that was set up when they felt eyes staring at them relentlessly.

Men had lined up at the bar area and were constantly staring at the couple which made them extremely uncomfortable.

As per Shivangi, it was clear to them exactly what these men were thinking and that is when the couple were not really doing anything ‘obscene’ and just dancing while holding hands.

However, things took a very serious turn when they went to the bathroom and frantic knocks told them to come out of the washroom.

Rasika posted about it on her social media and stated that, “4 male bouncers and 1 female bouncer were inside the washroom, demanding to know what we were doing in the washroom together. They accused us of “doing something else”, they warned us about “several complaints” they had received from the guests, and they insisted that we leave immediately.”

The couple left after this but they were in complete shock and once they got back to their house, they burst in tears at the humiliation and discrimination they had to suffer from.

Rasika even showed her anger writing in her post that,

“What were these “complaints”, I am curious to know. Did we hurt anyone? Did we pick a fight? Did we abuse/harass anybody? We minded our own business, so why didn’t they mind theirs? How dare they throw us outside their bar without having the decency to explain to us the exact reason. Such offensive and unprofessional behaviour from the staff is UNACCEPTABLE. How dare they have the audacity to assume that we’d be “upto something”?” 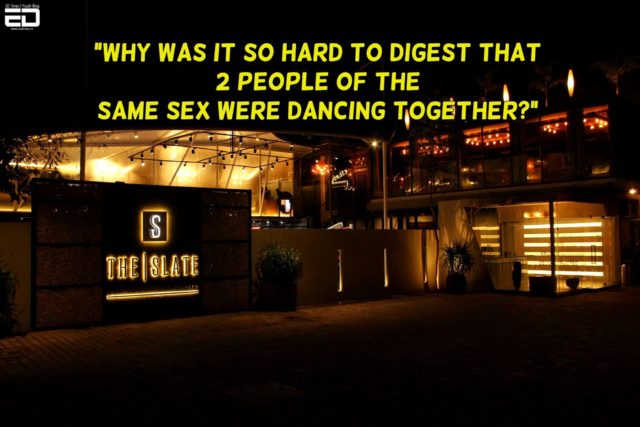 Read More: Do You Know How Similar The Dandi March And LGBTQ Pride March Is?

The Aftermath And Response From Management

Rasika and Shivangi have both updated on their social media handles on what the latest turn to this story is.

We spoke to the manager. He was completely ludicrous, to say the least. He insisted that we had made the people there uncomfortable by making out on the stage. He went on to claim that he had us on footage, making out. He also said at some point that since we made our story public on social media, he could have also released the videos. (Talk about threatening us.)

Not only did the manager accuse them of making out on the stage that made the other customers there uncomfortable but also threatened to post a video of theirs as a retaliation to them taking the story public.

But the best part is this: when we insisted that we want to come down and watch the footage for ourselves, he didn’t pick our calls for hours, and finally called back saying that there is no need to watch any footage, it won’t be necessary. He lied about the footage – it never existed – so that we could be scared into submission, into redacting our own complaints. This is outright manipulation of customers.

The manager insisted that they have to keep the place comfortable for everybody in the club, and families etc. were feeling uncomfortable by the mere presence of Rasika and I. But Rasika clearly remembers straight couples being intimate on the dance floor, and while that is completely OK with us, these couples were NOT thrown out of the club for making other people uncomfortable. WE were thrown out because we were making the straight people in the club uncomfortable.

These guys could have just apologised yesterday but they decided to drag it out by scaring Rasika and I. So now I’m pissed

We’ve reached out to both Rasika and Shivangi to get a better understanding of what all went down and how they were treated on the day of the incident. 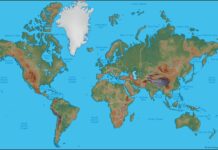