Home Politics Pidi Is Being Framed! These 5 People Could Be Tweeting For Rahul... 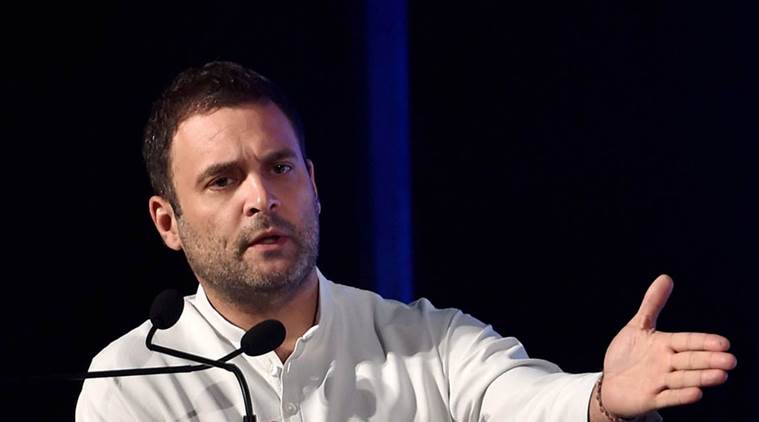 Oh dear Pidi, the national rage these days thanks to @OfficeOfRG, we know you are being framed and you are certainly not behind tweeting in Mr. Rahul Gandhi’s place.

Before we serve justice to you, let us introduce our readers to the controversy.

Now really, I mean c’mon how could this cute doggo be tweeting on behalf of Rahul Gandhi?

My logic? Well, it is not Pidi who might really be doing this. In fact here is a list of 5 people who we think could be behind @OfficeofRG instead.

No cookies for guessing this one, it was pretty easy. If people say Mr. Gandhi does everything as directed by his mother; also the Congress President then it is no surprise that she may as well be directly tweeting on his behalf.

Like, that is one place where she could actually get her work done, without relying on her son’s actual performance. Where she could directly use her words, without people getting to know who it really is!

This tweet for example, in most probability, could have been made by Mrs. Sonia Gandhi.

Tom Alter ji's contribution to cinema & theatre is immense. Sad to know of his demise. The void left behind by him will be difficult to fill

Why? Well, empathy towards another very famous personality known for his fine work.

And also because- foreign connect, European ancestry, both came to India and made it big.

Also Read: We Tell You How Rahul Gandhi Will Get Hitched And Married; Thanks Pidi!

If you follow and/or are updated with Rahul Gandhi’s Twitter performance, you would find certain tweets which seem to have been tweeted without putting much thought, like this-

Now that is a blunder, the account user, however, rectified it later.

But oh this reminds me of someone It so happened that another prominent face from Congress Mr. Digvijay Singh made a similar blunder. It was rectified later with ‘Rajeev Gandhi Cabinet’ however.

Similar actions, similar slip of fingers, then rectifications, I think the General Secretary of the AICC might just be using his account.

I haven’t seen so many likes or re-tweets on any other tweet of @OfficeofRG, no wonder it may be Amit Shah posting on his behalf all this while and we didn’t even have any clue.

Because, after all, negative publicity is also publicity, and this makes the opposition stronger and worthy of, like really being opposite to.

In fact, Amit Shah just found the ninja technique of getting back at the opposition by knowing what they would say before even they know it.

Two reasons for this hypothesis: 2) Some days before HT reported that “Congress vice-president Rahul Gandhi is capturing social media traction, evident from the high volume of retweets that the Twitter latecomer is getting for his punchy posts of late.

Well, who can take the lion’s place but the lion himself? Rahul Gandhi’s tweets are so Modi consumed; we doubt the PM might as well be using the account.

Well, don’t believe me, but still, a better option to doubt upon.

Firstly, he uses a lot of Hindi, which is understandable because I don’t think Chota Bheem could ace very well in English.

Secondly, looking at the amount of puns the account is coming up with, no doubt it is Chota Bheem and his friend Kalia’s antics behind it. Note- The article was meant in good humor and not to malign the image of any person mentioned here.