Book lovers, after you are done reading this article, if you end up relocating to Perumkulam, I would totally understand. Here’s why.

Perumkulam is a unique village in Kerala, where the inhabitants are so passionate about reading that they have turned the entire village into what you can call a public library and have rightly earned the title of being Kerala’s first ‘village of books’.

History Of Kerala’s ‘Village Of Books’

In 2017, Bapuji Smaraka Vayanasala, a hopeful library in Perumkulam, near Kollam, installed a public bookcase in the village as an experiment. They were not sure if people would actually read the books from the case, but to their surprise, many did.

Three years later, a US-based book-sharing movement called the Little Free Library, inspired by this initiative, helped the office bearers of Bapuji library to install around ten more such public bookcases in different locations of Perumkulam.

These bookcases have around 30 books each, with each of these cases being placed near different waiting areas and bus stops of the village. The main idea behind this initiative is to make reading more fun and accessible for youngsters.

So, while most of the books are for young kids, there are books and newspapers for adults too. People can take the books and return them after reading or exchange them with different ones.

Read More: How To Read And Finish Thick Books?

The flexible model of this book-sharing system encourages everyone to make reading a daily habit in Perumkulam. Appreciating this initiative, MT Vasudevan Nair officially declared Perumkulam a ‘village of books’.

With this declaration, Perumkulam became Kerala’s first ‘village of books’ and India’s second, with Maharashtra’s Bhilar being the first one.

On May 4, 2017, the then Maharashtra Chief Minister Devendra Fadnavis inaugurated Bhilar as India’s first ‘village of books’ or as locally called the ‘Pustakanch Gaav’.

Bhilar was turned into a bibliophile’s heaven to influence a positive reading culture in the area and to make the village a vibrant tourists’ spot as well.

The Government of Maharashtra arranged for over 75 artists to paint 25 different locations of Bhilar for a three-day painting camp to make them welcoming hotspots for readers.

The books in these 25 readers’ hotspots cover everything from poetry, literature, history, and autobiographies to biographies, festival specials, and many more.

The story of Bhilar becoming a ‘village of books’ was also one of the reasons that pushed the people of Bapuji Smaraka Vayanasala, Perumkulam, to go on their own journey of creating and enabling a book sharing system in their village.

The story behind the birth of Bapuji Smaraka Vayanasala or Bapuji Memorial Library is a very intriguing and interesting one.

On January 30, 1948, when Nathuram Vinayak Godse shot Mahatma Gandhi to death, people from all over the country and world mourned the loss of the visionary legend.

A group of people in Perumkulam in Kerala did too. But they wanted to do more than just grieving. So in an attempt to honor Gandhi’s memory, they came together and founded Bapuji Smaraka Vayanasala.

Koozhaikaatuveetil Krishna Pillai, a young man along with a few more like-minded people bought and collected about a hundred books and set them up in one of Pillai’s rooms. That’s how the library came into existence, and now years later, they have done a successful job of encouraging the village of around 4000 people to read more.

Note From A Bibliophile

In this digital world, where social media has hijacked people’s lives, reading is becoming a habit of the past with each passing day. So reminding people the joy of getting lost in a book, has become a need more than a luxury, and villages like Perumkulam and Bhilar are doing a good job at it. 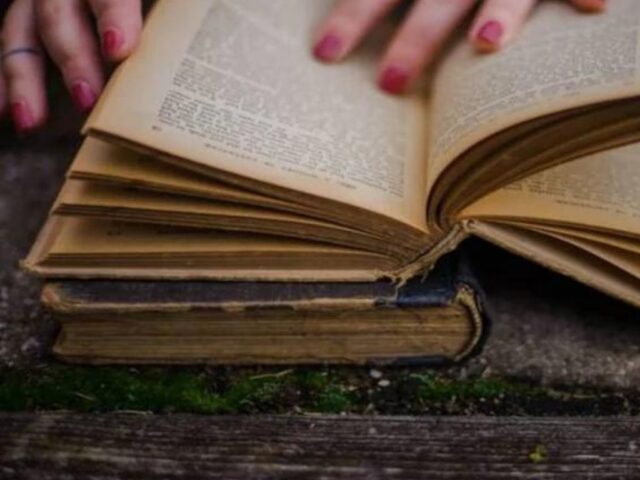 Needless to say, India needs more initiatives like this.

Sources: The Hindu, Times Of India, The Indian Express

India’s Oldest Bookshop Has Been In Existence Since 1844