HomeED OriginalsPassing Judgements At People Is The Best Thing To Do, Ever! Go...
ED OriginalsUnique Opinions

Passing Judgements At People Is The Best Thing To Do, Ever! Go For It!

Being an Indian, there are certain things that you are born with. You will always have that one super-desi base pair in your DNA that you can’t get rid of. Being hypercritical can be the effect one of those base pairs. From our gossipy aunties to our conservative uncles, putting people into self-defined categories is the Indian National Timepass! Stereotyping is not just limited to women; it has its roots deep within our society and affects men as well. It influences all of us as humans but who cares?!  It is all just talking, they are just words and words are harmless right?

Your Body Is Never Yours

“Are you suffering from anorexia?”

“Men prefer a woman with booty.”

From the girl next door to the famous celebrities, no one is spared from the unwanted pieces of advice like – “you should try losing some weight” or “you’ll look really good if you gain some weight” or “have tried fairness creams yet?” There have been many incidents where people were shamed for the way they look. For instance, Parineeti Chopra, Sonakshi Sinha or Tanmay Bhatt, every single one of them is really good at their respective job but talent is not enough I guess.

The Characterless Girl Next Door

So, calling out a woman for being bossy, or telling her that she is not feminine enough is not considered as demeaning her; nor is calling a person too fat, too skinny, and too dark for that matter. It is not like they have some medical problems. They have should have nothing better to do than putting fairness creams all over their bodies and drowning themselves in deep, dark sorrow since you don’t think they are good enough. Apparently, only characterless women get raped since they stay out late, have guy friends, wear short clothes and everything else a normal woman won’t do. Strong, independent women are bad women. Period.

It is completely okay to call a woman characterless if she is confident enough to make her way to the top, works her ass off in the office and gets promoted because no sabhya ghar ki ladki goes out at night. She doesn’t drink alcohol or uses foul language. She has no guy friends; and boyfriends are forbidden.

She only wears tameez ke kapade and having a life is a big NO-NO because “humare ghar ki ladkiyan are not allowed to breathe.”

The Raped/Widowed/Divorced People Should Not Have a Life

Raped/widowed/divorced women can’t get married because they are not pure anymore and everyone who believes this is the purest form of life form on the face of earth (AS IF!). The Hindu widow remarriage Act 1856 legalize the remarriage of all Hindu widows but they are not very common in India because, if you can get a ‘fresh’ girl then why settle for a widow? And how can we forget about the FACT that widows are a sign of misfortune and bad luck?!

On the other hand, divorced women are characterless and it was their fault that they got divorced, not because of any other valid, logical reason.

“She can’t talk to you like that. You need to show her who is the man of the house.”

Sensitive men are gay. If you’re a man you should be inconsiderate, dominating and strong. You can keep a check on your manliness with a dose of violence now and then.

Over react to normal things, bang people here and there, hit people to make a point and if you are married, your wife is you PROPERTY; if you have had a bad day, you can take it out on her. If you are a man and you can’t hit people, well then you are just gay. Being sensitive is a woman’s job.

“In the family circle I swing between being a fool and being a god for telling them I’m against dowry.”

Yesterday I was talking to my grandmother about how my friend’s brother denied dowry and she instantly asked me what was wrong with the guy! Because in India, if you’re a man and you’re against dowry it is deduced that there is something wrong with you, you’re not man enough.

In fact, there are very few cases where the groom turned down the dowry demand and has faced a backlash from his own family members. We are shamed since some of us have realized the absurdness of our social norms and have decided to break the trail. Can’t believe, people are humiliated for doing the right thing.

India’s obsession with labels is not something new. In fact, we are so used to it that we do it involuntarily. Passing judgments without knowing the person has become a part of our daily lives and what is wrong with labeling people anyway?

It will just make them feel insecure about themselves, shatter their self-confidence and these comments will plant a thought in their mind that they will never be good enough for this society. But, we have nothing to lose. We must carry on doing what we do the best- putting people down. 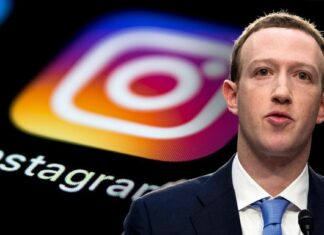 Tina Garg - September 18, 2021
How many times have you doubted yourself after scrolling through perfect pictures of models or celebrities on Instagram? Hating on your own body after seeing...